Young star Erik Cais delivered a sensational night-time charge to knock Jan Kopecký off the top of the Barum Czech Rally Zlín leaderboard and head a round of the FIA European Rally Championship for the first time in his short career.

The 22-year-old Zlín resident, a former downhill mountain bike racer, started the leg-closing legendary Pindula stage 5.8s behind Kopecký. But a stunning charge from Cais through the 18.95-kilometre rain-affected stage was 7.9s quicker than his fellow Czech managed. It means the Yacco ACCR Team ace and co-driver Jindřiška Žáková lead by 2.1s heading into Sunday’s deciding leg at the wheel of their MICHELIN-equipped Ford Fiesta Rally2.

“It was hell, heaven, a rollercoaster and one of the best stages I ever ride on,” Cais said at the finish of Pindula, which he also won when it was run for the first time this afternoon. “It’s such an incredible stage, the best stage I drive, it’s amazing. I pushed a lot, the spectators were there and there were more fireworks than at New Year, it was a little Rallye Monte-Carlo.”

By winning Pindula, Cais – a member of the ERC-MICHELIN Talent Factory – achieved a feat his former rally-driving father Miroslav never managed. “We are both pushing the Cais name in the front but without Miroslav Cais there would never be Erik Cais and I am so thankful for my Dad for giving me the choice to do this. I hope he is proud today.”

Kopecký, the 2013 ERC champion, had led from the moment he set the pace through SSS Zlín on Friday night. But with Cais on impressive form on his local rally, Kopecký faces a real fight in his bid to score a ninth outright victory in Zlín.

“I want to use my experience to be really fast for these kinds of conditions,” said the Agrotec Škoda Rally Team driver. “You have to be a bit crazy and take some kind of risk, which I was not doing. I really need to finish this rally in the top three. Tomorrow is a long day, we will try but I don’t want to take a huge risk.”

Andreas Mikkelsen, who was fastest on SS4, is third overall and the new unofficial leader of the ERC standings after provisionally scoring three leg bonus points, which puts him two points in front of Alexey Lukyanuk, a non-starter following his crash in testing earlier this week. “It was really hard to predict the grip with the lights and mud,” Mikkelsen said after Pindula. “You could take 20s or you could be standing in the woods, it’s very difficult.”

Toksport Škoda driver Mikkelsen is 16.6s behind Cais but comfortably ahead of fourth-placed Simon Wagner from the Eurosol Racing Team, who was hampered by a pop-off valve issue this morning.

Martin Vlček is P14 on his debut in the all-new Hyundai i20 N Rally2 with ERC Junior leader Ken Torn rounding out the top 15 following a strong display in his Pirelli-equipped Ford Fiesta Rally3 run by M-Sport Poland, which included demoting Italian promise Alberto Battistolli on SS9. Luis Vilariño is P18.

Jari Huttunen crashed his Team MRF Tyres entry on SS7. Albert von Thurn und Taxis also failed to complete the run, while Adam Březik was unable to start the test due to a mechanical failure. Tomáš Kostka’s rare rally start lasted for less than two stages after the Czech damaged his Fabia’s front-right wheel hitting a tree on SS2. Dominik Stříteský, who scored a championship point on his ERC debut in Roma last month, crashed at high speed on SS3 and was taken to hospital for precautionary checks.

Érdi overcomes scare to hold top spot in ERC2, Poloński ahead in Abarth Rally Cup
A damaged front-right tyre on his Mitsubishi Lancer Evolution X couldn’t knock Hungarian Tibor Érdi Jr off his stride in his bid to win the ERC2 category for the first time this season. The defending category champion heads Frenchman Victor Cartier (Toyota Yaris Rally2 Kit) by 13.4s. Dariusz Poloński proved rapid in dry conditions but dropped time on damp and dirty roads in his rear-wheel-drive Abarth 124 rally. Nevertheless, the Pole is third in ERC2 and clear in the Abarth Rally Cup order. Roberto Gobbin demoted Martin Rada for fourth on the rerun of Pindula after Rada lost time in the afternoon with a hydraulic issue. Csaba Juhász completes the top six despite power and handling issues, but there was drama for championship leader Dmitry Feofanov (Suzuki Swift Rally2 Kit) and Michał Pryczek (Subaru Impreza) who both crashed out.

Solberg exit laves Torn in control in ERC Junior
With Oscar Solberg going off the road and retiring on SS2, Ken Torn has gone largely unchallenged in his quest for a third ERC Junior Championship victory. Driving a Pirelli-equipped Ford Fiesta Rally3 for M-Sport Poland, the Estonian was on impressive form throughout the day alongside co-driver Kauri Pannas.

Time penalty frustrates rapid Franceschi as Bassas and Maior lead ERC3 and ERC3 Junior
A three-minute time penalty for an early check-in at this morning’s service halt in Otrokovice has hit Jean-Baptiste Franceschi’s bid for an ERC3/ERC3 Junior victory double in his Toksport WRT-run Renault Clio Rally4. The Frenchman’s woe means Pep Bassas leads ERC3 for Rallye Team Spain, while Norbert Maior holds the advantage in ERC3 Junior with both competing in Pirelli-equipped Peugeot 208 Rally4s. However, Franceschi still has hope after a succession of stage wins put him within 23.4s of ERC3 Junior leader Maior starting leg two and 1m19.4s behind Bassas in ERC3. Maior is second in ERC3 followed by ERC3 Junior contenders Martin László, Franceschi and Daniel Polášek. Adrienn Vogel and Ekaterina Stratieva are P11 and P12 respectively in ERC3, while Łukasz Lewandowski is eighth in the category in an Opel Corsa Rally4. But it was a tough day for several ERC3 Junior contenders with Alejandro Cachón, championship leader Sami Pajari, Nikolai Landa and Nick Loof all crashing out. 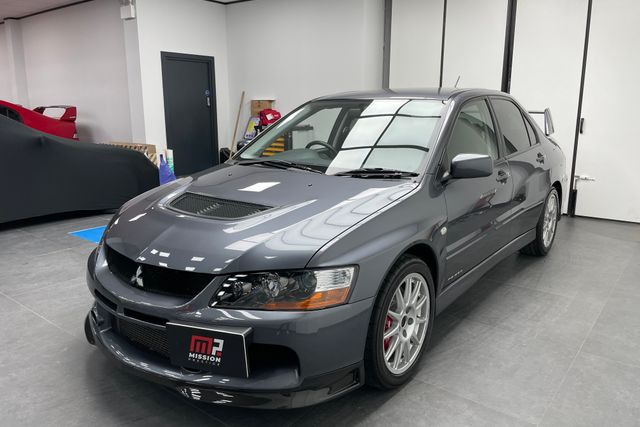