To the casual observer, the 1963 DB5 is virtually indistinguishable from a late model DB4 Vantage; the DB5 is essentially a four-litre version of the DB4. Initially fitted with the four-speed David Brown gearbox, the vast majority of cars received the superior five-speed gearbox either as an option or later as standard fitting. So why is the DB5 so often thought of as the quintessential Aston Martin? Without doubt, this is due to a Silver Birch example featuring in the 1964 James Bond film, Goldfinger, complete with modifications and hidden weaponry. With 007 behind the wheel of the sensational sports GT, demand outstripped supply - the factory just couldn't capitalise fast enough on the marketing success of the DB5. Even today, DB5's are highly regarded and change hands for sums significantly greater than almost anything else in the range. Its production, however, was fairly short-lived, ending in September 1965 after 1,021 models had been manufactured.

Presented in stunning Silver Birch coachwork with contrasting black leather trim this example has been personally owned by one of the country’s leading restoration specialists responsible for some of the most notable cars on UK roads and has been a regular at concours events worldwide. Purchased in the mid 1990’s this example was subject to a body off restoration and nut and bolt rebuild spanning two decades, importantly retaining its original factory bodywork. Originally Caribbean Pearl Blue, the car was repainted in the iconic colour it wears today and the original black leather retrimmed by Aston Martin specialists before treated to new Wilton carpets. A new factory wiring loom was fitted with all new electrical ancillaries and original gauges restored. A mechanical suspension rebuild included a Harvey Bailey handling kit with uprated springs, the brakes, brake lines servos and master cylinders discs were also rebuilt resulting in factory stopping power. The five-speed ZF gearbox and rear axle were overhauled and the engine rebuilt to 4.2 vantage specification on original Weber carburettors by Aston Martin specialists and a full stainless steel exhaust fitted. Cooling is provided by a reconditioned radiator, new hoses, heater assembly and Kenlow fan. All the exterior glass has also been replaced and bright work rechromed with stainless steel door handles and new boot lock grille and grille surround.

In order to retain its original factory registration, Aston Martin Heritage Trust have inspected and validated this DB5’s authenticity to the DVLA where BNE 251C was reassigned with its current V5C. Accompanying the history file are photos of the car in its barn find state prior to restoration and further photos during its restoration with countless receipts for parts and the full engine rebuild. This splendid example of the iconic DB5 would grace any collection but is also ready for the road. The ultimate attainment for many an Aston Martin enthusiast.

Click here for full results and to see available lots

Chevrolet Camaro Z28 Offered At No Reserve Sold For £2,576, results 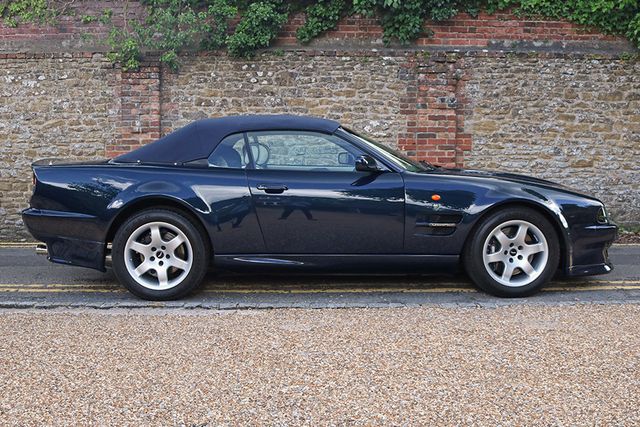