Am champion and Pro-Am leaders split one pole apiece under the floodlights.
Fjordbach denies Ulrich clean sweep in crucial session for #33 Audi.
Saturday’s action brings down the curtain on thrilling inaugural season.

Christoph Ulrich and Anders Fjordbach ensured it would be a pole position apiece for the recently crowned Am champion, and the current Pro-Am points leaders, under the floodlights at Circuit Paul Ricard.

The Swiss left it late to secure his fifth pole position of the season, more than any other driver, and will start up front for the opening contest tomorrow. He then went close but couldn’t quite deny the #33 High Class Racing Audi from taking top spot in Fjordbach’s hands in the second part of the session.

For Fjordbach, that result could prove crucial in the destiny of the inaugural Pro-Am crown; having qualified adrift of Peter Guelinckx in the #81 PK Carsport by Heinz Audi for the opener, the pressure was on the Dane to deny their chief rivals the opportunity to start ahead for both contests.

He responded in fine style, with a series of blistering laps around the 5.8km circuit enough to secure the team’s third pole position of the campaign, with Bert Longin behind team-mate David Brabham (Brabham BT63) in fourth.

Q1: Am champion Ulrich fastest under the floodlights

Sarmini, racing solo in Pro-Am this weekend in the absence of regular team-mate Stefan Rosina, survived a moment with the guardrail at Turn 2, but it remains to be seen if his result will escape intact, the #16 entry under investigation post-session by the officials.

Cedric Leimer’s #63 Auto Vitesse Lamborghini also enjoyed a brief stint at the head of the field, but eventually had to settle for third, with Dennis Andersen fourth in the High Class-run Brabham despite contact with the guardrail at Turn 7.

Kris Rosenberger rounded out the top five in the #24 Reiter Engineering-run KTM, with Peter Guelinckx sixth to apply the pressure amongst the Pro-Am title contenders, Mark Patterson only ninth behind Jaromir Jirik (#32 Target Racing Lamborghini) and the leading Porsche 911 of Leonardo Gorini (LP Racing).

Cyril Leimer’s #19 Auto Vitesse Lamborghini and the #88 LP Racing Audi of Stephane Ratel were next, the classified runners completed by Stefan Larsson after the #27 Target Racing Lamborghini struggled to set a competitive lap time.

Hubert Trunkenpolz’s lap times in the #17 True Racing KTM were deleted post session after the team began working on the car, with the #11 PK Carsport Audi unfortunately sidelined for the weekend after damage sustained during practice earlier in the day.

Ulrich briefly topped the second part of qualifying as well after the initial flying laps, but from thereon in it quickly developed into a battle between the two warring Audi squads at the Pro-Am championship summit.

A series of typically blistering laps from rapid Dane Fjordbach put the #33 Audi 2.3 seconds ahead of Longin and, although Ulrich was able to rally and re-claim second spot, he was powerless to prevent the #33 Audi from sealing a third pole position of the season.

Longin looked to be on course for a solid third spot, but Fjordbach’s High Class team-mate David Brabham put in a stellar late effort to head up the second row alongside the Belgian, rounding out a solid competitive debut for the new Brabham BT63.

Sarmini fared well against more experienced opposition in the second session to round out the ten fastest runners, the #16 KTM just behind Cyril Leimer in the other Auto Vitesse-run Lamborghini. He finished the 20-minute session just 0.025 seconds ahead of debutante Huilan Han, the Chinese racer desperately unlucky to miss out on the top ten in his first outing for Target Racing.

Luca Demarchi’s #3 Ferrari, the #911 Porsche in Leonardo Gorini’s charge and Hans Joachim Stuck’s #24 Reiter KTM were blanketed by less than a second to round out the runners.

Both races from a nail-biting final chapter in the story of this season’s Pro-Am title fight will be broadcast live and free-to-view on the GTWorld and GTWorld Français YouTube channels today.

The opening race gets underway in the daylight at 11:20 (CEST), with the season finale at 20:10 under the floodlights. 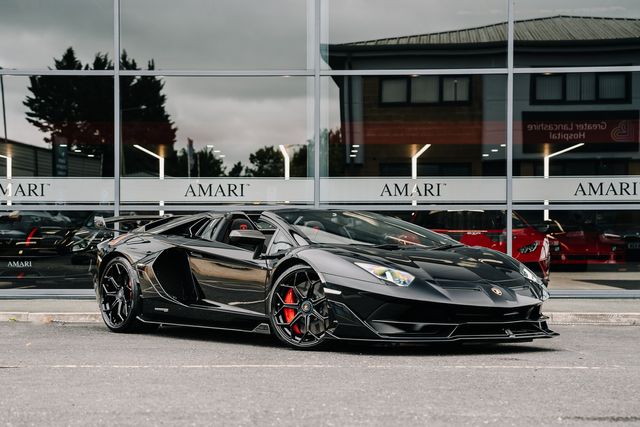