The world championship-winning Aston Martin Vantage GTE returned to a glorious vein of form in the Bapco 6 Hours of Bahrain, when AMR partner team TF Sport triumphed in Saturday’s fifth round of the 2021 FIA World Endurance Championship [WEC].

Powered by a four-litre, twin-turbo-charged V8 engine derived from the road car, the Vantage swept all before it to win the 2019/20 FIA GT Manufacturers’ crown and helped Nicki Thiim (DEN) and Marco Sørensen (DEN) to the GTE Pro crown in the same season. Now it’s once again proving a force in GTE Am in the hands of TF Sport, Paul Dalla Lana’s NorthWest AMR team and D’station Racing.

But it was TF Sport’s #33 crew of Ben Keating (USA), Dylan Pereira (LUX) and Felipe Fraga (BRA) that earned an emphatic first GTE Am class win of the season for Vantage, underlining their inspired run of form this season, following an impressive charge to second place in the 24 Hours of Le Mans in September.

Keating, Pereira and Fraga executed a strategic masterclass in Bahrain. The American completed two accomplished stints in fierce temperatures upwards of 35 degrees Celsius at the desert venue, before handing over the Vantage to Pereira in the third hour. The Luxembourg national was then able to capture the lead and build a gap that Fraga consolidated in the final portion of the race. Despite intense pressure from various class opposition, Fraga kept his cool and took the chequered flag with a mere five seconds in hand.

Each of the three Aston Martin customer teams led during the race, with the Japanese-based D’station squad of Tomonobu Fujii (JPN), Satoshi Hoshino (JPN) and Andrew Watson (GBR) also surging to the front in the first hour. This preceded a turn in the lead for the #98 NorthWest AMR machine, entered and driven by Dalla Lana (CDN), who was partnered by Marcos Gomes (BRA) and Augusto Farfus (BRA). They eventually claimed fourth position.

But it was the TF Sport trio that stood atop the GTE Am podium – their third appearance on the rostrum in 2021 – reducing the gap in the title chase to just 21.5 points. With 39 points to play for in the 8 Hour final round next Saturday, Keating, Gomes and Fraga are in a strong position to mount a concerted title challenge.

“It was really hot out there today and two hours in the car was demanding but I was able to push, and the handling was excellent, especially the brakes – which are important here in Bahrain,” commented Keating. “It’s enjoyable to have a WEC race win because we were extremely close at Spa, Monza and Le Mans, so it's really nice to get a win and narrow the gap in the standings.”

John Gaw, Managing Director of Aston Martin Racing, said: “The Aston Martin Vantage GTE has been a force throughout the WEC GTE Am season and is long overdue its first victory of the year. The nature of the win, when it finally came, was emphatic, and the fact that all three Aston Martins were contenders at various stages of the race shows what a mighty prospect the car remains in the hands of talented and motivated customers. We will do everything in our power to ensure that our partners can end the season on a high note.”

The final round of the 2021 FIA WEC is the 8 Hours of Bahrain, which will take place at BIC on Saturday, 6 November.

ROOKIE LINE-UP CONFIRMED
Aston Martin Racing has confirmed the drivers that will test the three Vantage GTEs belonging to NorthWest AMR, TF Sport and D’station Racing during the WEC Rookie Test in Bahrain that takes place on Sunday, 7 November, the day after the 2021 series concludes.

Among those driving will be the most recent winner of the Aston Martin Racing Driver Academy, Valentin Hasse-Clot (FRA), who runs in the #777 D’station Racing car along with GTWC GT4 America series front-runner and Vantage GT4 winner Kenton Koch (USA). 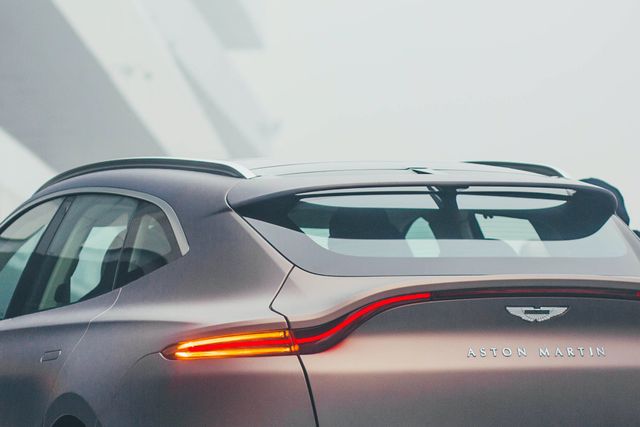