The Aston Martin Vantage GT3 will make its ADAC TotalEnergies 24H Nürburging debut this year, when AMR partner team TF Sport takes on the famous race for the first time on 28-29 May.

TF Sport will enter in the top SP9 Pro class of the event as it seeks to better Aston Martin’s highest overall finish of fourth place in 2018, recorded with the previous generation V12 Vantage GT3. The team will also take part in two four-hour endurance Nordschleife Langstracken Series (NLS) events, starting this weekend (Saturday, 9 April) as well as the ADAC 24H Nürburgring Qualifiers on 7-8 May.

Because of the congested international racing calendar in the run-up to the 24 Hour race, TF Sport will rotate the driver line-up. Thiim, Sørensen and Pittard will start on Saturday, with Martin replacing Thiim for NLS3 on 23 April. Works Aston Martin drivers Charlie Eastwood (IRL) and Valentin Hasse-Clot (FRA) will drive during the two three-hour qualifying races with all four 24 Hours drivers pre-committed elsewhere.

The current Vantage GT3, based on the 4-litre V8, turbocharged ultra-luxury roadgoing sportscar, is no stranger to the legendary 15.8-mile Nordschleife circuit in Germany’s Eifel region. It made its competition debut at the track in un-homologated specification back in 2018, finishing fourth with Martin and Darren Turner (GBR). Aston Martin then brought the car back for the NLS8 race last year, where Martin and Thiim triumphed over a number of rival manufacturers to record the first win for a British marque at the circuit in the modern era.

Aston Martin GT cars have been an ever-present at the Nürburgring since 2005, when Aston Martin Lagonda made its debut in the VLN (now NLS) and Nürburgring 24 Hours with an almost standard V8 Vantage that provided the springboard for the ultra-successful GT4 version. Since then, the marque has enjoyed many notable class successes including victory in the SP9T class in 2018, when Martin, Thiim, Turner and Sørensen finished fourth overall, having led into the final hours amid heavy rain in the last competitive outing for the V12 Vantage GT3. This result still stands as the marque’s best finish in the Nürburgring 24 Hours.

As in 2021, PROsport Racing has maintained an Aston Martin presence in the NLS series, and the team will bring three Vantages to the 24 Hours race. Alongside its regular Vantage GT4 and GT8R NLS runners, the team intends to enter another Vantage GT4 with a pro-driver line-up to contend for class podium honours. PROsport will also continue to run a Vantage GT3 throughout the 2022 NLS season.

Head of AMR Partner Racing, Huw Tasker said: “Whenever an Aston Martin has competed in the top class of the Nürburgring 24 Hours it has proven to be a competitive force, and this time around we have a world class GT3 contender in the Vantage, proven winners in TF Sport running the car and a squad of champions driving it. This is arguably the best chance yet for Vantage to secure a maiden podium in the world’s toughest GT race and thus establish it as an excellent choice for potential partners looking to succeed on the Nordschleife in future.”

Round 2 of the 2022 NLS takes place on Saturday, 9 April. The race begins at 1200 CET and can be viewed live on the series’ YouTube channel. 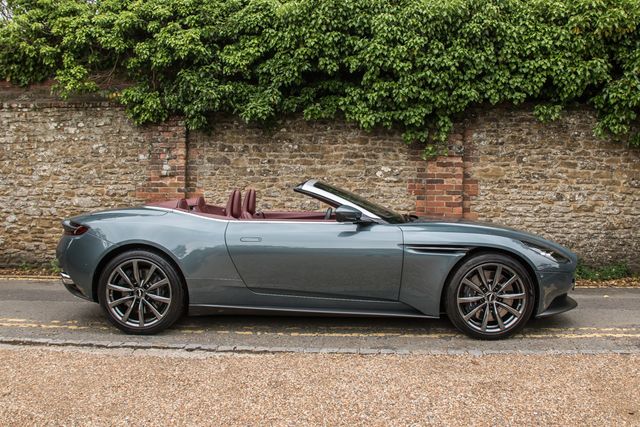