With just two points separating Baldwin (McLaren Shadow) from title rival David Tonizza (FDA Esports Ferrari) the deciding round was already set for a grandstand conclusion. The tension rose a notch after qualifying as both drivers struggled for ultimate pace, leaving Tonizza 11th on the grid and Baldwin only 14th.

The surprise pole-sitter was Jakob Ostermann in the GAADI Racing Lamborghini. He held his advantage at the start, but a small mistake at Les Combes placed the Lambo driver under serious pressure from Houben, who had qualified second in the GTWR R8G Academy Audi. Houben needed no further invitation, muscling past Ostermann and into a lead that he would not lose.

Further back Tonizza had produced a strong start and immediately climbed to ninth, which became seventh before the end of the opening lap. Baldwin had made less progress, the McLaren only climbing to 12th, meaning that as they ran Tonizza would overhaul the difference and be crowned champion.

But the situation was not quite this simple. Though performing strongly, Tonizza had made contact with the Porsche of Maciej Malinowski on the first run down the Kemmel Straight, causing the Random Pasta Bowl driver to spear off into the barriers. Race control soon had the incident under investigation.

Baldwin, meanwhile, faced a major roadblock in the form of Giovanni De Salvo. The FDA Esports driver played a fair game, but his incentive at this stage was to keep the McLaren as far away from Tonizza as possible. Baldwin remained cool, however, electing not to launch a risky move on the Ferrari.

Then came a huge moment in the championship battle: Tonizza was handed a 10-second penalty for causing the opening-lap accident. The Italian would need to serve the additional time at his mandatory pit stop, placing him at a serious disadvantage.

With the title advantage suddenly coming towards him, Baldwin elected to stop early in the pit window in the hope of undercutting De Salvo. The plan did not work, however, as the Ferrari edged a little further ahead of the McLaren. But when Tonizza served his penalty the true complexion of the race became clear.

With a little over 20 minutes left on the clock, Baldwin was 10th and Tonizza 11th. The Ferrari driver would therefore need to pass his rival and make up another position, but despite having strong pace during the opening stint Tonizza could not hang on to Baldwin. They gained places through attrition as the race developed, with Baldwin always maintaining his advantage.

By the final laps it became clear that the McLaren driver was going to seal the title. The icing on the cake came at the very last corner, where contact between Gregor Schill (BMW SIM Racing G2 Esports) and De Salvo allowed Baldwin to sneak through and take sixth position. With Tonizza ninth, this was more than enough to ensure that Baldwin was crowned 2021 Sprint Series champion.

The ferocity of the title battle should not distract from the fact that Houben earned his maiden win in the season-closing race. The GTWR R8G Academy driver put in an accomplished performance, beating the BMW SIM Racing G2 Esports pairing of Arthur Kammerer and Nils Naujoks to the top step of the podium. The BMW boys were quietly effective at Spa, the latter earning enough points to seal third in the final championship standings.

Tobias Gronewald took fourth in the Unicorns of Love Aston Martin, while Ostermann could not maintain his blistering qualifying pace in the race and ultimately came home fifth. Baldwin, De Salvo, Schill and Tonizza were next, while Malinowski completed the final top-10 of the season.

Baldwin's title caps a remarkable comeback from the British driver, who did not even score a podium during the opening four events of the campaign. The Sprint Series titles adds to his extensive sim racing CV, which also includes this year's British GT Esports Championship. 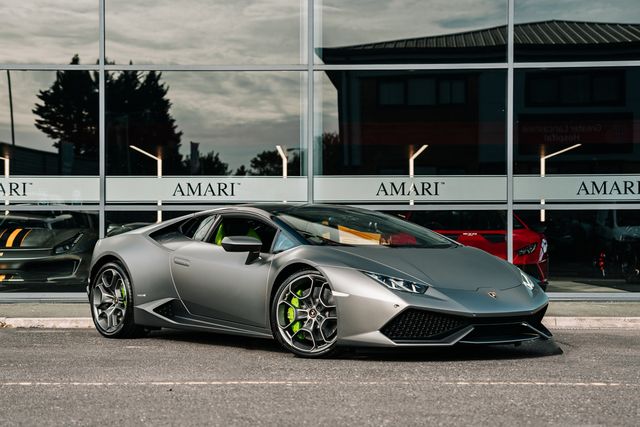