Max Verstappen won his first World Driver’s Championship at the end of one of the most intense title-deciders in Formula 1 history, passing rival Lewis Hamilton to take the lead and the race win on the last lap of a dramatic Abu Dhabi Grand Prix.

With 54 laps of the race gone and with Hamilton in an apparently comfortable 11-second lead, Verstappen’s chances of taking the title appeared to be over, but when Williams’ Nicholas Latifi crashed out and the safety car was released, the Red Bull driver was handed another chance. He pitted, took on Soft tyres and when the safety car left the track he attacked. He closed on Hamilton, who was on old Hard tyres, and with a late diver down the inside of the Mercedes grabbed the lead. The Briton fought back on the following straight but Verstappen resisted to take his 10th win of the year and his first world championship title.

When the lights went out at the start, Hamilton got the better start and took the lead into Turn 1 ahead of Verstappen. Behind them, Sergio Pérez made a good start and took third place from McLaren’s Lando Norris who went wide.

Having lost the lead, Verstappen slotted into the slipstream of Hamilton’s Mercedes and closed up to the Briton on the run to Turn 7. He attacked with a move down the inside and Hamilton went wide. The Mercedes rejoined the track in the lead and the incident prompted the stewards to take a closer look but ultimately they ruled that there was “no investigation necessary” and Hamilton was free to march on in the lead.

He then set about building a gap to Verstappen, who began to complain of tyre wear, and by lap 13 the Dutchman was five seconds behind his title rival.

That was the cue for the Dutch driver to head towards the pit lane and in a 2.1s stop he took on hard tyres. He rejoined in P5 behind Norris, quickly passed the McLaren and then set about chasing down Carlos Sainz.

Mercedes reacted to Verstappen’s pit stop by bring Hamilton in at the end of lap 14 and he took on hard tyres in a 2.4s stop, rejoining in P2, 11 seconds behind new race leader Pérez. Behind, Verstappen claimed P3 by comfortably dismissing Sainz but ahead Hamilton began to reel in Pérez.

Ove the next six laps the Mercedes driver closed the gap to the Mexican and with DRS support he attacked on the pit straight, passing the Mexican with apparent ease. Pérez was in no mood to relinquish the lead, however, and in the following DS zone he powered back past the Briton to reclaim top spot.

Pérez’s feisty defence had the effect of allowing Max to erase much his deficit to Hamilton and when the British driver finally made it past the Mexican under DRS on the next lap, Pérez quickly moved aside to let Versatappen power through to second place, just a few seconds behind Hamilton and with both now on hard tyres.

It was a brief resurgence, however. As the second stint evolved, Hamilton began to once more slowly draw away from Max and by lap 33 he was five seconds ahead of the Red Bull driver.

The complexion of the race changed on lap 36 when Antonio Giovinazzi pulled over at the side of the track with gearbox issues. The Virtual Safety Car was deployed and with Hamilton staying out on track, the Team quickly called Max in for another set of hard tyres. Pérez also pitted under the VSC and he rejoined in third place. Verstappen rejoined almost 17 seconds behind Hamilton and when the track went green the Red Bull driver began to close on the Mercedes at the rate of eight tenths of a second per lap.

But as the final stint unfolded it became clear that the pace in the new tyres wouldn’t be strong enough to put Verstappen close to the race-leading Mercedes.

With 10 laps left Verstappen was 12 seconds behind Hamilton and running out of time, bu on lap 53 the pendulum once again swung back towards the Dutchman.

Williams’ Nicholas Latifi crashed and the Safety Car was released. Verstappen immediately pitted and took a set of soft tyres as Hamilton stayed on track. On lap 57 race control decreed that the five cars on track between Hamilton and Verstappen would be allowed to unlap themselves and that the Safety Car would come in to provide for a single lap of racing.

And when the track went green Max was immediately on the attack. He closed on Hamilton on the run to Turn 5 and with a brave dive down the inside he claimed the race lead. Hamilton fought back on the next straight and drew alongside the Dutchman and almost got past, but Max held the line, held his nerve and kept the lead until the finish line, and until he had claimed his first FIA Formula One World Drivers’ Championship title.

However, in the wake of the race, Mercedes lodged two protests against the result. Decisions relating to the protests were still awaited at the time of publication. 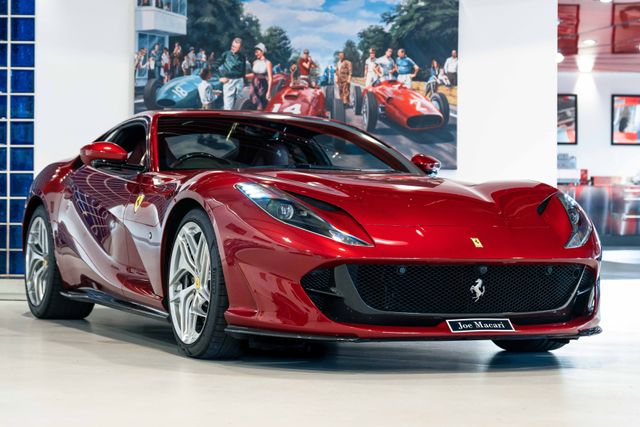