Lamborghini GT3 Junior Driver Mateo Llarena is once more making history as he heads to Daytona International Speedway for his second Rolex 24 at Daytona, having been named as an official Junior for the Italian marque back in June.

The 17-year-old has been confirmed for the Rolex 24 at Daytona in the GTD class with T3 Motorsports, as he continues to forge his story in the top tier of motorsport. He will be joined in the #71 Lamborghini Huracán GT3 EVO by fellow GT3 Junior driver Maximilian Paul from Germany, Lamborghini Factory Driver Franck Perera from France, and veteran endurance driver Mikhail “Misha” Goikhberg from Canada.

Llarena will be working with German team T3 Motorsports as it makes its Rolex 24 at Daytona debut after years of success in Europe. The squad most recently competed in DTM (Deutsche Tourenwagen Masters) with Esteban Muth and Esmee Hawkey, and ADAC GT Masters with Paul as lead driver. Paul’s familiarity with the team combined with the endurance racing experience of Llarena, Perera and Goikhberg makes up a formidable package as the crew heads to one of the most famous endurance races in the world.

“It's a great experience to race for the second year in a row at the 24 Hours of Daytona and now with Lamborghini,” said Llarena. “Also, with a brand that gave me all the necessary support this season in the Italian GT Championship. It’s very exciting for me to have become a Lamborghini Junior Driver, following in the footsteps of so many drivers who have risen to the top in their field. My goal is to learn as much as possible and give the very best of myself, so that we can focus on a great team result.”

The young Guatemalan carves his name in the history books as the only driver from Guatemala to compete in two consecutive Rolex 24 at Daytona events. Following his debut at the age of just 16 in 2021, he now looks forward to taking part in the event’s 60th anniversary. During the 2021 season, Llarena made three IMSA Michelin Endurance Cup appearances, as well as a completing a full Italian GT season in the Lamborghini Huracán GT3 EVO.

The 60th running of the Rolex 24 at Daytona will take place from January 27-30 at Daytona International Speedway. The weekend prior to the race the team will also participate in the ‘Roar Before the Rolex 24’: a three-day test that ends with a 100-minute qualifying race that will set the grid for the twice-around-the-clock event. 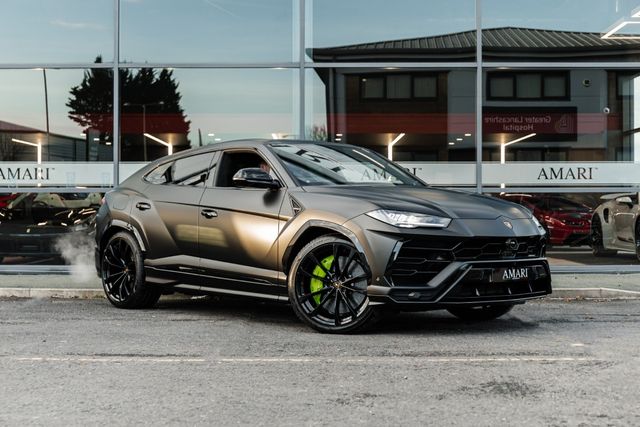