Ferriol, the team owner in addition to driving duties, and Legge co-drove in 2021 in Hardpoint’s first full season of IMSA WeatherTech competition. Ferriol earned IMSA’s Bob Akin Award in 2021 for the championship’s top Bronze-rated driver, and he and Legge were a part of the Hardpoint entry at the 2021 Rolex 24 that earned a top-10 finish in the team’s first 24 hour race. Legge was a runner-up at Daytona in the GTD class in 2018.

Wilson, a three-time Indianapolis 500 starter, makes his Rolex 24 debut celebrating the 10th anniversary of his late brother Justin Wilson’s win at the historic event overall in 2012. Wilson, through Hardpoint's partnership with Cusick Motorsports, GNARLY Premium Cut Jerky, LOHLA SPORT and Neptune Systems, will be the additional driver at each of the Michelin Endurance Cup races, beginning at Daytona and including Sebring, Watkins Glen and Michelin Raceway Road Atlanta.

Boulle joins Hardpoint as the 2017 Prototype Challenge class winner at that year's Rolex 24 At Daytona. Boulle also has a pair of runner-up finishes in 2016 and 2020 and competed in a Porsche 911 GT3 R in the 2019 edition of the race, where he ran as high as second late before the race was shortened due to weather. This will be Boulle’s sixth time racing in the Rolex 24, but the first since his family business, de Boulle Diamond and Jewelry, has become an authorized Rolex dealer in Houston, Texas.

Though Wilson has limited IMSA experience with just one start in the IMSA WeatherTech Championship, that race – a 2017 Prototype Challenge-class run at Circuit of the Americas teamed with Boulle – resulted in a runner-up finish for the pair in their previous run as teammates.

Hardpoint returns to action at the Roar Before the 24, going on-track for the first time officially in 2022 on Friday, January 21. Three practice sessions and a qualifying on Friday and Saturday set up Sunday’s two-driver, 100-minute qualifying race. That race will set the grid for the following week’s Rolex 24 At Daytona, which includes practice on Thursday and Friday before the race begins on Saturday at 1:40 p.m. EST.

In addition to season-long partner GridRival, the most in-depth fantasy motorsports manager on the planet, Hardpoint's No. 99 Porsche 911 GT3 R will carry the colors and logo of partners de Boulle Diamond and Jewelry, GNARLY Premium Cut Jerky, LOHLA Sport, Neptune Systems and Cusick Motorsports during the Rolex 24 At Daytona.
Hardpoint launched a new branding initiative at the start of the 2022 season, including a new logo, and shortened "Team Hardpoint" to simply "Hardpoint." Hardpoint is a nod to Ferriol's military background and refers to the strongest part of the aircraft where weapons, engines and other payloads are mounted.
Ferriol and Legge co-drove in 11 of 12 events last year, as Hardpoint ran a two-car effort at Sebring. Legge finished fifth in that race in an all-female lineup that included Christina Nielsen and Bia Figueiredo. Legge finished the season eighth in the driver's championship, with Ferriol ninth. Hardpoint was eighth in the team championship.
Along with the team’s 2022 at-track activity, the Hardpoint eSports team is hosting weekly Happy Hour with Hardpoint meet-ups on iRacing open to fans and other racers. Each week features three different cars, including the Porsche 911 GT3 Cup car, at three different tracks with staggered start times including practice, qualifying and sprint races.

Rob Ferriol, Driver, No. 99 Porsche 911 GT3 R: “We’re a much smarter team than we were a year ago approaching Daytona for the first time in the Porsche 911 GT3 R, and now have the benefit of a full season under our belt, as well as a few new tools in the kit bag. While it’s been a very short off-season, we’ve taken those lessons learned and used this time to aggressively refine and retool the team, reinforcing in some areas, and bringing in new partners altogether in others. As a driver, I’m excited to start 2022 with a clean slate, sharing driving duties with Katherine once again, but also introducing Stefan and Nick to the fold. Nick and Stefan both bring their own unique perspectives to motorsport and demonstrate just how much of a melting pot this sport can be. It’s great to have them on board. As a team owner, I’m really stoked to see how the team has evolved over the off-season, and couldn’t be prouder to have GridRival back with us again this year, but also the litany of partners joining us at Daytona: Cusick Motorsports, Gnarly Jerky, LOHLA Sport, Neptune Systems, and de Boulle Diamond and Jewelry.”

Katherine Legge, Driver, No. 99 Porsche 911 GT3 R: “I feel honored to be back at Hardpoint for a second season. We had some promising races last year where we made decent progress and I think we can really carry that momentum and the lessons learned into 2022. As a team we have gone from strength to strength and I’m proud to be part of an effort with so much heart. We have made some offseason changes that I believe will enable us to capitalize on the strengths of the team, and Rob and I are determined and motivated to get that elusive podium soon. I have finished second at the Rolex before but still dream of that top step. We are very fortunate that Porsche and GridRival are on this journey with us and will strive to give them the results they deserve. We also welcome Stef and Nick to the fold, they both bring a different perspective and unique set of skills and I’m looking forward to working with both of them moving forward.”

Nick Boulle, Driver, No. 99 Porsche 911 GT3 R: “’I’ve been fortunate to run at Daytona several times now and I think it’s one of the most challenging races mentally. There are more difficult tracks out there, but at Daytona there are so few places to rest as a driver. This will be my sixth start at Daytona and I’m beyond excited to get back into a Porsche 911 GT3 R here. I have experience in the car and I think that the pairing with Rob, Katherine and Stefan is going to be a strong group. Stefan and I had the pleasure of racing together once previously in IMSA and we worked really well together. We are both relaxed, but care tremendously about getting a result. Last time it paid off with a third-place finish at the IMSA race at COTA in 2017 so hopefully we can have a repeat performance.”

Stefan Wilson, Driver, No. 99 Porsche 911 GT3 R: "I’m really happy with the way things turned out joining Hardpoint. To be partnering with Rob, Katherine and Nick is a great opportunity that I'm excited for and want to make the most of. This will only be my second IMSA WeatherTech start, and my first Rolex 24 start, but it’s a series and race that I've targeted for many years, I'm just really grateful to Don Cusick, Cusick Motorsports, GNARLY Premium Cut Jerky, LOHLA SPORT, Neptune Systems and Rob Ferriol for believing in me and giving me this chance. It suddenly dawned on me a couple of weeks ago that it's not only the 60th Anniversary of the race, but it's 10 years since Justin won overall. I have many fond memories of watching him compete in this race, and I hope I can create some good memories of my own there this month.” 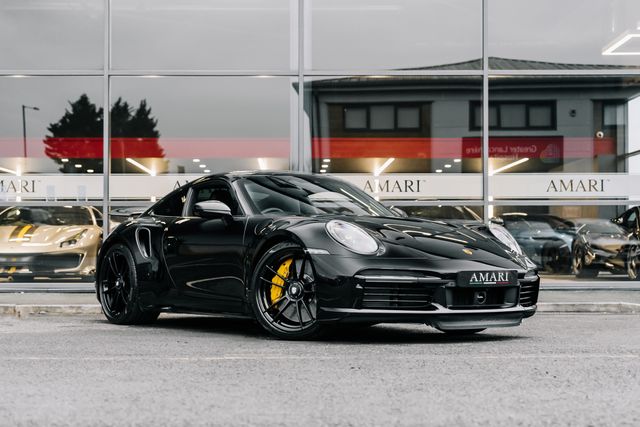