MS7 by WRT and Team WRT dominate the season opener of the 24H Series
Class victory for PK Carsport at the 24-hour debut of the Audi R8 LMS GT2
Second place in TCR class, third place in GT3-Am category

For the third time after 2016 and 2019, an Audi customer team has won the traditional opener of the endurance season in Dubai. Team WRT from Belgium, which claimed its first success six years ago, celebrated a convincing one-two. Mohammed Saud Fahad Al Saud/Axcil Jefferies/Christopher Mies/Dries Vanthoor/Thomas Neubauer won ahead of their teammates Benjamin Goethe/Arnold Robin/Maxime Robin/Jean-Baptiste Simmenauer/Frédéric Vervisch. For the GT3 version of the Audi R8 LMS, this was the fifteenth overall victory in a 24-hour race worldwide since the start of the programme in 2009.

“After first and third place in our customers’ first victory six years ago and first and second place in 2019, we can now be pleased about another one-two victory by our customers,” said Chris Reinke, Head of Audi Sport customer racing. “Congratulations to WRT Team Principal Vincent Vosse and his drivers. We also extend our thanks and congratulations to PK Carsport, Car Collection Motorsport and AC Motorsport, who completed a perfect weekend with their podium finishes.” Team WRT dominated the season opener of the 24H Series. Starting from pole position, the winning No. 7 MS7 by WRT car led the endurance race for 301 laps. The number 31 followed its sister car like a shadow, posting 210 lead laps itself and crossing the finish line just one lap behind. Another two laps behind followed the next rival. Another Audi customer team, Attempto Racing, crossed the finish line in seventh place. Arkin Aka’s team from Hanover, Germany, managed the top ten result with a particularly young driver line-up: Alex Aka/Luca Engstler/Finlay Hutchison/Nicolas Schöll/Florian Scholze.

The GT3 version of the Audi R8 LMS not only scored successes in the overall standings. The number 34 car from Car Collection Motorsport still recorded third place in the Am classification although contact with an opponent had necessitated the replacement of a track rod on the rear axle. The Gentlemen drivers Gustav Edelhoff/Elmar Grimm/Dr. Johannes Kirchhoff/Ingo Vogler, loyal customers of Peter Schmidt’s team and the Audi brand for many years, shared the cockpit with youngster Max Edelhoff. The podium success also meant a particularly emotional farewell: For Gustav Edelhoff – who was already an Audi customer in rallying in the 1980s – it was the last 24-hour race in Dubai. Saintéloc Racing finished sixth in the Am classification, a second R8 LMS from Car Collection Motorsport eighth.

Team PK Carsport managed a convincing performance in the GTX class. Anthony Kumpen’s Belgian squad – runner-up in last year’s GT2 European Series with Peter Guelinckx/Bert Longin – was the first team worldwide to contest an endurance race with the Audi R8 LMS GT2. Guelinckx, Longin and their teammates Stienes Longin and Stijn Lowette took the lead in their class on lap 140 with Audi Sport customer racing’s most powerful model. After 24 hours of racing they had established a 25-lap lead over the second-placed Lamborghini.

In the TCR class, Audi customer teams once again fought for the best positions. AC Motorsport, TCR winner in Dubai two years ago and TCR runner-up in the 24H Series last year, finished second with the first-generation Audi RS 3 LMS. At the wheel were Miklas Born, Mathieu Detry, Yannick Mettler and regular driver Stéphane Perrin. Only a detached shock absorber mounting on the rear axle deprived the team, which was temporarily in the lead, of the chance to repeat its success of 2020. The second-generation touring car made its 24-hour debut for the Autorama Motorsport by Wolf-Power Racing team. Rob Huff/Marcus Menden/Marlon Menden/Peter Posavac had started from pole position and led the race at times. After two-thirds of the race distance, however, a broken clutch input shaft required a time-consuming replacement. The Swiss team was not discouraged by this, returning to action after two and a half hours of repairs and still achieving sixth place. The only Audi R8 LMS GT4 did not finish the popular event for club racers. Team Heide-Motorsport decided to retire after an accident on lap 387.

Fanatec GT2 European Series ready to roar back into life 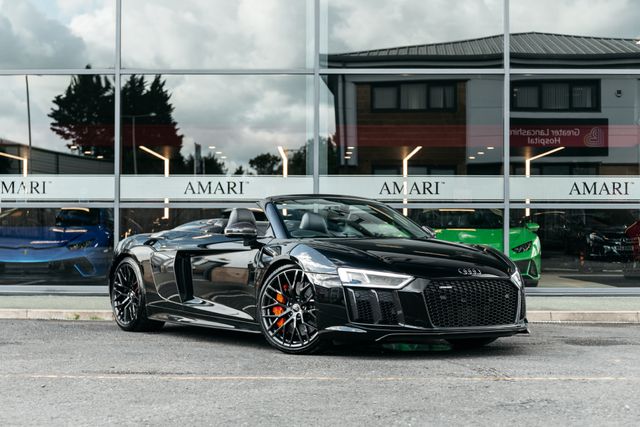