Whether you’re into supercars or estates, petrol power or EVs, there are plenty of cars to get excited about in 2022. Some we’ve seen already and will be going on sale for the very first time, others are set to be revealed over the next 12 months. What they have in common is that we’re very much looking forward to all of them.

Alpina B4
We like Alpinas. BMW M cars are great, but Alpinas are performance BMWs with an emphasis on comfort and speed, rather than outright pace. New for 2022 will be the Alpina B4, expected to be based on the 4 Series Gran Coupe rather than the regular two-door 4 Series. Expect a comfortable ride, less jarring looks and a 180mph-plus top speed.

Aston Martin Valkyrie
Our ears still haven’t fully recovered from the Valkyrie’s visit to the 2021 Festival of Speed presented by Mastercard. Yes, after several years of waiting very patiently indeed, the Valkyrie is expected to be on the road and in customer’s hands in 2022. There’s also a Valkyrie Spider following hot on its tyre treads.

BMW 2 Series Coupe
Not everyone likes the looks of the 2 Series Coupe, but we need to remember that, having played around with front-wheel-drive more and more over the last few years, BMW is still going to give us a small, two-door coupe with a straight-six engine up front with the M240i. Admittedly, the M240i is all-wheel-drive with an option to send power only to the rear wheels, but that’s better than AWD only. You can buy one in the first three months of 2022.

BMW M3 Touring
Continuing through daily life as normal while waiting for the new BMW M3 Touring to arrive is like trying to go to sleep on Christmas eve knowing Santa is on his way. The struggle is real. There has never been an M3 Touring before, at least not one that’s made production, so to have a 510PS (380kW) 3 Series estate is a scintillating prospect.

Chevrolet Corvette Z06
For a number of years now we’ve done without a naturally-aspirated, mid-engined V8 supercar, as modern McLarens have all been turbocharged and Ferrari went the same way with the 488 in 2015. Now, though, the mid-mounted NA V8 supercar is back with the Corvette Z06. Its 5.5-litre flat-plane crank V8 punches out 670PS (493kW) and revs to 8,600rpm which, combined with some mightily aggressive but pretty bodywork, makes the new Z06 a proper supercar. The downside? Chevrolet doesn’t exist in the UK. But Chevy has confirmed the Z06 will be built in right-hand-drive, meaning it could be coming to the UK alongside the regular C8.

Citroën Ami
After an enthusiastic response the quirky little Citroën Ami is coming to the UK in mid-2022. With an 8PS (6kW) electric motor, a range of 43 miles and just 2.4m long it’s in a different universe to the aforementioned Corvette, but we love it all the same.

Click here for the full article at Goodwood Road & Racing 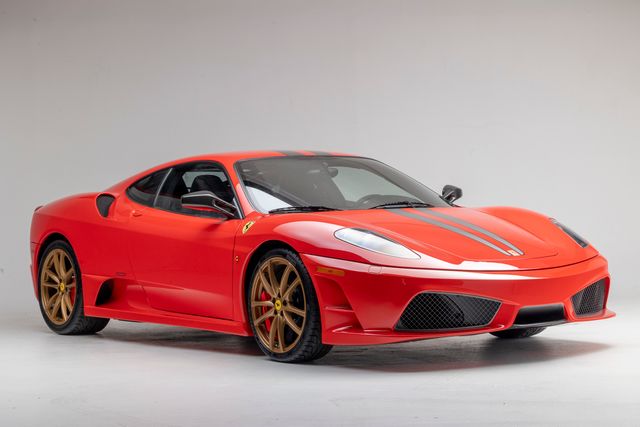