Aston Martin Lagonda has announced Zak O’Sullivan as the 2021 Aston Martin Autosport BRDC Young Driver of the Year Award winner. The 17-year-old Briton, from Cheltenham, was awarded the most prestigious honour in junior motorsport during the gala Autosport Awards ceremony held at the Grosvenor House Hotel, on London’s Park Lane, on Sunday evening.

O’Sullivan, who is the reigning GB3 champion with seven race victories during the 2021 season, earns a full test in an Aston Martin Aramco Cognizant Formula OneTM car. He also received a cheque for £200,000 on the night, a full membership to the BRDC and an Arai crash helmet.

“I went into this evening with no expectations, I was a bit nervous, and I didn’t eat much, but it is amazing to win it,” said O’Sullivan, who received the Award on his 17th birthday and will step up to FIA Formula 3 in 2022.

“I had a good idea I thought I’d been quite fast at the test, especially in the F2 ‘race’ run. I’m really looking forward to the F1® test. Hopefully after a year in F3 my neck will hold up. It’ll be great to be able to say I’ve driven an F1® car.”

This was the second time that Aston Martin Lagonda has been the title partner of the initiative alongside the world-renowned Autosport media platform and the British Racing Drivers’ Club, owner of Silverstone, the home of British motorsport and also Aston Martin’s High Performance Test Centre. Johnathan Hoggard, won on the previous occasion in 2019, before the Covid-19 pandemic prevented the 2020 competition from taking place.

Darren Turner, Aston Martin development driver said: “It’s always a privilege to play a role in the judging process for the Aston Martin Autosport BRDC Award, because I know first-hand what a difference it can make to the driver who wins it. This year’s winner fully deserves the accolade. He was very impressive every time he was in the car and his approach to the whole experience was outstanding.”

Aston Martin Lagonda CEO, Tobias Moers said: “Congratulations to Zak, who joins a long and prestigious list of British racing superstars to have won this Award. Great Britain has always played a central role in the development of motorsport talent across all disciplines and it is only right that Aston Martin, as a British ultra-luxury sportscar manufacturer and Formula 1® constructor, can participate in this process in a meaningful way through the Aston Martin Autosport BRDC Award.” 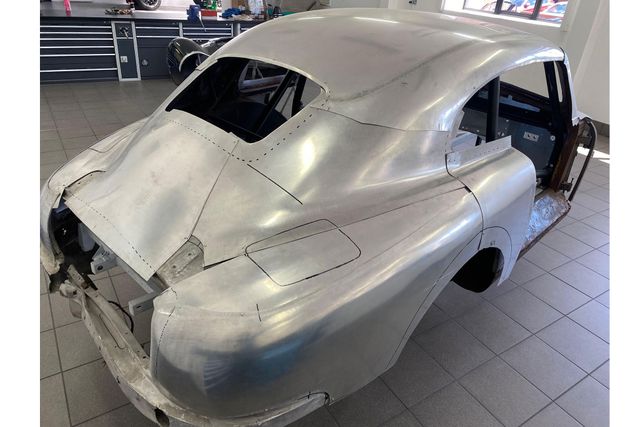