A wet and cold second day of the Rally Motul Costa Brava, Round 1 of the 2022 FIA European Historic Rally Championship, saw the final six special stages run in tricky conditions in the mountains to the west of Girona.

The no3 BMW M3 E30 of Swiss driver Pascal Perroud and his French teammate Denis Giraudet held off the challenge from the no2 BMW M3 of Jean-Francois Mourgues and Thierry Barjou and the no1 Lancia Delta Integrale of ‘Lucky’ and Fabrizia Pons to finish the 12th stage at Cladells 1m25.4 seconds ahead.

The Franco-Swiss team posted the fastest time on two of the stages (SS9 Cladells and SS11 Collsaplana) and kept in close contact at the top of the leader board on the other four stages to claim maximum championship points after the opening round of the 2022 season.

CATEGORY 3
Overnight Category 3 leaders Michael and Elisabeth Putz in the no25 Porsche 911 SC were 41 seconds ahead at the start of SS7 but the no5 Audi quattro of reigning champion ‘Zippo’ was on a charge after the problems on Day One.

‘Zippo’, and his Italian teammate Nicola Arena went into maximum attack mode in the slippery conditions, closing the gap by 30 seconds on SS7 and going ahead of the Austrians on SS8.  They then posted the fastest Category 3 time on the next three stages and ended the day by setting the fastest overall time on SS12.

Alex Sabater and Gerard Taberner Clos were third in the no19 Ford Escort, 6m11s behind the lead Audi and 2m23s ahead of the no31 Ford Escort of Tim Metcalfe and John Conner.

CATEGORY 2
Carlo Mylle and Olivier Laporte took the Category 2 honours in Spain in their no26 Porsche 911 Carrera RSR 3.0 but had the charging no16 Ford Escort RS1800 MKII of Marty McCormack and Barney Mitchell right behind them at the finish.

The no16 Ford Escort RS1800 of Marty McCormack and Barney Mitchell was leading Category 2 after three stages, but the Irish crew’s luck changed when the suspension on the Escort broke and the crew had to repair the damage to get the car back in the rally.

McCormack’s Escort finished Day One 5m21s behind Mylle’s Porsche after the Irish crew hit a rock, breaking the suspension on the Ford.  McCormack and Mitchell then set about trying to close the gap, posting the fastest times on all six stages on Day Two, even posting the second fastest time overall on SS12.  This allowed them to close the gap by nearly 5 minutes, but the challenge proved to be too great, and the Belgians took the Category 2 win by 26.6 seconds.

The no36 Ford Escort RS1600 of Silvio Perlino and Serena Giuliano was third in Category 2, 6m51.4s behind the lead Porsche.  Paolo Pasutti and Giovanni Campeis retired on the first stage of the day in the no17 Porsche 911 Carrera RSR 3.0 after lying second at the end of Day One.

CATEGORY 1
Ernie and Karen Graham took advantage of their overnight lead in Category 1, the British crew taking the fastest time on five of the six stages on Day Two in the no32 Ford Escort Twin Cam to complete their first victory in Category 1 since 2019.  They finish the day 3m10s ahead of reigning Category 1 champions Antonio Parisi and Giuseppe D’Angelo in the no33 Porsche 911 S 2.0, the Italians taking the fastest time on SS12, with their Rododendri Historic Rally Teammates Carlo Fiorito and Marina Bertonasco in third place in the no39 BMW 2002 Ti.

The next rally on the 2022 FIA European Historic Rally Championship calendar is the 30th Historic Vltava Rally in the Czech Republic on the 6-8 May. 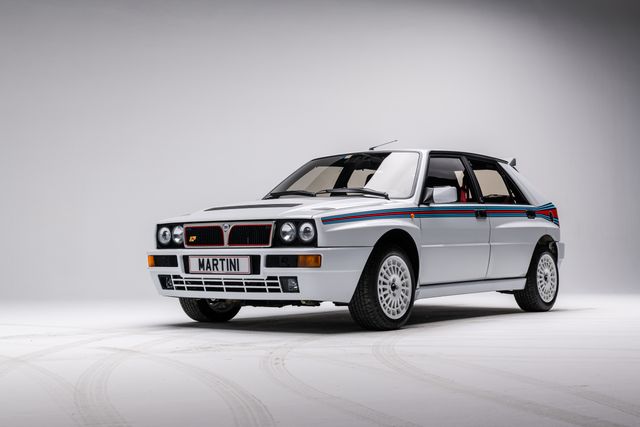