Road-legal, track-focussed model is based on top-tier Caterham Seven Championship UK Racecar
First production model to feature both six-speed sequential gearbox and fully-adjustable dampers
Available in UK and US markets with prices starting from £54,990

This performance is possible thanks to the SADEV six-speed sequential gearbox with flat-shift, fully-adjustable dampers and optional Avon ZZR Extreme track tyres (with Avon ZZRs as standard).

Available for the first time on any road-going Caterham, the Seven 420 CUP possesses fully-adjustable Bilstein dampers. Tuned specifically for the Seven 420 CUP, the dampers can be placed in any one of their ten stiffness settings without the use of any tools and in just a couple of minutes, giving the Seven 420 CUP true ‘arrive and drive’ track day flexibility.

A unique livery featuring translucent satin decals and custom track-day graphics will be supplied with every car.

The interior also benefits from red highlights on the seat pads, dials and tunnel-top. These additional touches bestow the Seven 420 CUP with a level of finish befitting of such a significant model in the Caterham range.

Sitting between the road-going Seven 420R and the purpose-built Caterham Seven Championship UK Racecar in the line-up, the Seven 420 CUP possesses a top speed of 136mph and will be available in the UK and US with a choice of standard and large chassis sizes.

The car is available to order now via the dealer network with production commencing in early 2023. Prices will start from £54,990 in the UK and US customers should contact their local retailer for further information. The vehicle is only available as factory built and not as a kit form.

Speaking of the addition of the Seven 420 CUP to Caterham’s range, CEO Graham Macdonald said: “The Seven 420 CUP is, quite simply, the best track day car we’ve ever made. By taking everything we’ve learned in the development of our top-tier Seven UK Championship Racecar and engineering in a level of adaptability and approachability that belies the Seven 420 CUP’s incredible performance, we believe we’ve created a car that drivers of all levels can enjoy driving to, around and from any circuit while still experiencing the exhilaration and engagement that Caterhams are renowned for.”

Click here to find out more about the Seven 420 CUP 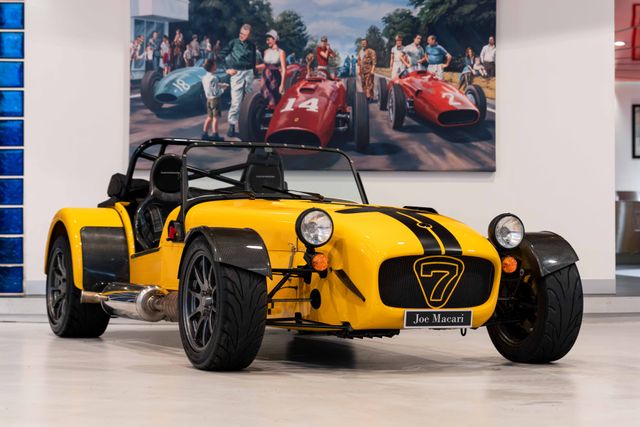