With Co-Drivers Manny Franco and Alessandro Balzan in the No. 34 Conquest Racing/Corsa Horizon Ferrari 488 GT3

Conquest Racing and co-drivers Manny Franco and Alessandro Balzan made a grand debut in the Fanatec GT World Challenge America powered by AWS series in the No. 34 Conquest Racing/Corsa Horizon Ferrari 488 GT3 this weekend at Sebring International Raceway.

In Franco's first-ever race weekend in GT3 competition, and Conquest Racing's debut in top-tier SRO Motorsports America competition, the No. 34 team and its drivers combined to win a pair of poles, lead race laps and score fourth-place and second-place finishes in the weekend's pair of 90-minute Fanatec GT World Challenge races.

"I think we couldn't have dreamed of a better weekend for our GT3 debut in the GT World Challenge series," said Conquest Racing President and CEO Eric Bachelart. "The team did a fantastic job, no mistakes, and everything went very nicely. I was very impressed with Manny. For his first race at this level, he has been outstanding, and Alessandro has been 100% on it. Very professional and the perfect teammate for Manny. I couldn't be happier. Our goal was to do these two races to learn for next year, and to finish second overall on our very first race weekend is unbelievable."

Franco and Balzan were on pace from the first practice sessions at Sebring and followed it up with a pair of pole-winning qualifying efforts. Franco was fourth fastest overall in qualifying for Saturday's first race but earned the Pro-Am class pole in the process. Balzan in turn clocked in fastest overall in his qualifying session and led the field to the green flag for Sunday's second and final 90-minute race of the weekend.

No doubt taking the No. 34 team's practice and qualifying results into account, series officials elevated the Conquest/Corsa Horizon Ferrari to the Pro class prior to Saturday's first race. Undeterred, Franco and Balzan co-drove to a fourth-place class and overall finish, but the drivers and all on the Conquest ream were determined to earn a podium result on Sunday.

Balzan led every lap from the pole in his race-opening stint and handed the No. 34 Ferrari off to Franco after pitting from the lead. As the field cycled through pit stops, Franco found himself in the middle of a top-five fight that proved to be the battle of the race.

"I couldn't have asked for a better weekend, to be honest, for our first time out here," Franco said. "It was kind of last-minute for everything, it could have gone smoother for sure, but it could have gone a lot worse. I appreciate the effort from everyone on the team, and I am just so grateful that they are part of this team. Definitely, the biggest thing I learned in Sebring race two was the aero push. In Ferrari Challenge, we really don't have much of that, so the push just from following a car was the biggest learning curve for me on track. I adjusted accordingly to be able to attack some of the cars that I passed Sunday."

Franco's passes proved to be the key to the second-place finish. While the race leader and eventual winner checked out while the four other cars fought in the top five, Franco ultimately emerged from the pack to lead the group to the checkered flag.

"It's a great way to end a perfect weekend and our first weekend with Conquest Racing and Corsa Horizon," Balzan said. "Saturday we spent a lot of time reviewing data, watching video and we really want to thank the team for some changes on the setup that worked out really well. We fixed some issues from Saturday but really had a strong car for everyday here. The Ferrari 488 is always great around Sebring, and really for me it was about running 50 minutes of qualifying laps to open Sunday's race. Manny then put on an incredible show, it was great racing, and really fun to watch. Every day I am more impressed with Manny's racecraft."

Next up for Conquest Racing in Fanatec GT World Challenge competition is the season-ending 8-Hour race weekend at Indianapolis Motor Speedway, October 6 – 9. 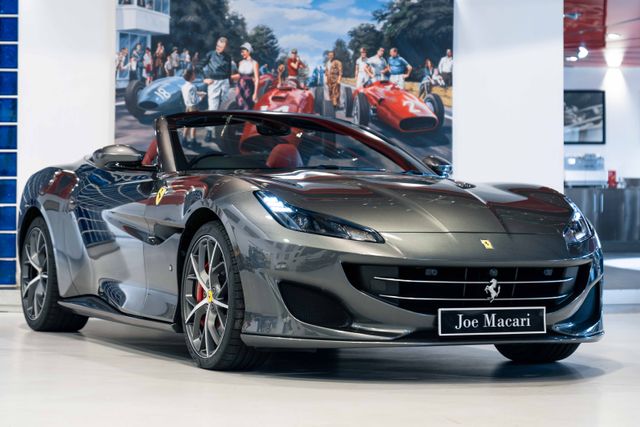