Aston Martin’s Vantage GTE will crown a new set of world champion team and drivers this weekend, for the second time in three years, as the 2022 FIA World Endurance Championship reaches its climax with this weekend’s BAPCO 8 Hours of Bahrain on Saturday.

After a grueling and hard-fought GTE Am season, Vantage has been the class of the field, recording three victories in the five rounds contested, including the Sebring 1000 miles, 24 Hours of Le Mans and the 6 Hours of Fuji. Only two teams – TF Sport and NorthWest AMR – can now contend for the FIA Endurance Trophy for GTE Am Drivers and Teams.

Championship leader and 24 Hours of Le Mans winner TF Sport tops the Drivers’ and Teams’ standings with Ben Keating (USA) and double GT world champion Marco Sørensen (DEN) on 123 points. The three-time class pole-sitting #33 Vantage GTE goes into the finale having won twice and been on the podium everywhere except Monza (ITA), where it did not finish, as Keating seeks his first world title.

Twenty points behind Keating and Sørensen in the standings is NorthWest AMR, owned by 2017 GTE Am world champion Paul Dalla Lana (CDN), who is partnered in the #98 by double world champion Nicki Thiim (DEN) and David Pittard (GBR). The trio won the first round at Sebring (USA) and followed that up with podium appearances at Spa (BEL) and Le Mans (FRA). The team has finished in the points at every race this season.

Because the 3.363-mile circuit – the only Middle Eastern round on the calendar – hosts an eight-hour race, the result awards 1.5-times the points of a regular six-hour round. Thus, there are a total of 39 points up for grabs and all to play for. In order to beat TF Sport, the NorthWest #98 Vantage GTE must finish third or higher with their rivals not scoring, or win from pole position with the #33 placing fourth or lower. Adding to the tension, Thiim and Sørensen will go head-to-head for the first time in their illustrious careers. The pair took the famous #95 ‘Dane Train’ to the GTE Pro world titles in 2016 and again with the current Vantage in the 2019-’20 season (when Aston Martin Racing dominated GTE Pro, clinching the Drivers’, Teams’ and Manufacturers’ titles).

Aston Martin’s other partner team, D’station Racing, which along with Japanese drivers Satoshi Hoshino and Tomonobu Fujii, and British WEC rookie Charlie Fagg, recorded its first class podium of the season last time out in the 6 Hours of Fuji. The team, which is also contesting the Asian GT World Challenge series with its Vantage GT3, is looking to conclude the WEC phase of its season on a high note with another strong result in the desert.

Whoever wins, both cars are expected to be in action the following day for the traditional ‘Rookie Test’ when Aston Martin’s first Aston Martin Autosport BRDC Young Driver of the Year Award winner, Johnathan Hoggard (GBR) returns to the brand for a run in the NorthWest AMR Vantage GTE. The 2019 AMABA winner will be joined by Vantage GT4 veterans Patrick Gallagher (USA) and Indy Dontje (NED), as well as Lorcan Hanafin (GBR). TF Sport will run 2022 Rolex 24 at Daytona GTD Class winner Ryan Hardwick (USA).

Concluding its fourth world championship campaign, Vantage remains as formidable a GT contender as ever, winning races and championships in all variants from GTE through GT3 and GT4. Powered by a race-developed version of the four-litre, twin turbo-charged V8 engine found in the road car from which it derives, the prototype GTE version was all-conquering in the WEC GTE Pro category during the 2019/2020 season. Vantage recorded five wins from eight races, including both Pro and Am classes at the 2020 24 Hours of Le Mans. The car also took Aston Martin to the FIA GT Manufacturers’ World Championship title and carried Thiim and Sørensen to the drivers’ crown. In total it has claimed 14 class victories so far in WEC, over four seasons.

Huw Tasker, Head of AMR Partner Racing, said: “It’s been an extraordinary season for Vantage in WEC. We’re extremely proud of our partner teams NorthWest AMR and TF Sport who have extracted the absolute maximum from the Vantage GTE which has proved once again that it is a match for any of its class rivals. We wish both teams the very best of luck as Aston Martin prepares to celebrate its 10th and 11th titles since the formation of the world championship in 2012. In a year where the Vantage GT3 has clinched the IMSA WeatherTech SportsCar Championship and the Vantage GT4 has recorded multiple title victories around the world, success in WEC GTE Am is the crowning glory and a worthy testament to the performance and durability of a truly great endurance racing car.” 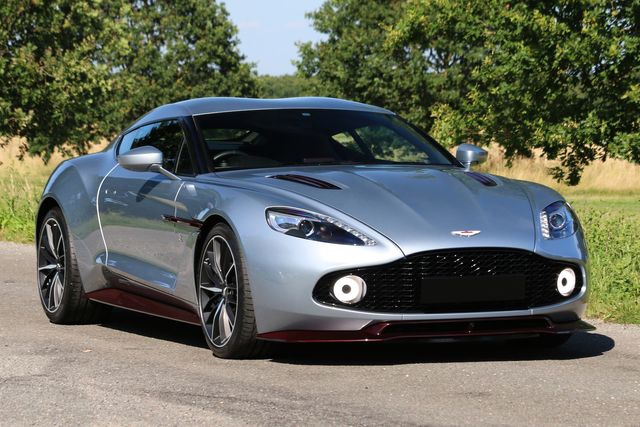