The result marks the first time the British ultra-luxury sportscar brand has won an overall championship in IMSA – North America’s most prestigious endurance series – and comes just weeks after Vantage was confirmed as a GT world champion for the fifth time in 10 years. Following TF Sport’s victory at Fuji Speedway earlier this month, the team’s only rival for the FIA World Endurance Championship GTE Am class title is now fellow Aston Martin partner team NorthWest AMR.

The Heart of Racing – the 2021 IMSA Sprint Cup champion – was made to fight hard for its first overall title, indeed the result wasn’t secured until the flag fell on a spectacular season. This year’s Petit Le Mans proved eventful with frequent Full-Course Yellow periods, during which the fortunes of the nine GTD Class title contenders ebbed back and forth.

The #27 Heart of Racing Aston Martin Vantage GT3, driven by De Angelis, Maxime Martin (BEL) and Team Principal Ian James (GBR) started the race with a slender 48-point lead over the Team Korthoff Mercedes with 350 points available; the #27 crew focusing on being in the mix come nightfall. But the tension ratcheted up when they encountered a small technical issue around half distance, which required a steering-wheel change that dropped them off the lead lap and down to the fringes of the top 10.

But after that the Aston Martin ran faultlessly, and in the seventh hour the team’s persistence was rewarded when Team Korthoff ran into technical issues of its own. It was then a matter of staying close enough to the Wright Motorsports Porsche (which then became the team’s principal rival) to maintain a points cushion; which thanks to the #27 Vantage’s seventh-placed finish following a last stint charge from Martin, was a margin of 23 points in the end.

For De Angelis, who was named the 2021 Aston Martin Racing Driver Academy graduate at the beginning of this year, the title capped a superb season in which he was supported for the most part by Belgian ace Martin. The Teams’ Championship, meanwhile, was a just reward for a stellar campaign by The Heart of Racing, which recorded two GTD class wins and three podiums from the final seven rounds of the 11-race season.

The sister #23 Heart of Racing Team Vantage GT3, driven at Road Atlanta by team regulars Ross Gunn (GBR), Alex Riberas (ESP) and supported by Tom Gamble (GBR) finished fourth in the new-for-2022 GTD Pro Class. The car ended the season with two victories, including a win in the 6 Hours of Watkins Glen.

There was further title joy for Aston Martin on Friday when VOLT Racing’s Alan Brynjolfsson and Trent Hindman won the super-competitive IMSA Michelin Pilot Challenge GS Class Drivers’ and Teams’ titles with their Vantage GT4. It is the second time in three years that the highly-decorated Vantage GT4 has swept Aston Martin to championship glory, having also won the IMPC Manufacturers’ title with KohR Motorsport in 2020.

Huw Tasker, Head of AMR Partner Racing, said: “Having competed at the forefront of every important GT3 championship around the world this year, our partner The Heart of Racing Team has taken the Vantage GT3 to its most prestigious title yet and one that demonstrates beyond doubt that the car can win in the most competitive environments. It is all-the-more satisfying that the victory was in the hands of aspiring young talent nurtured from within the ranks of the Aston Martin Racing partner network. That VOLT Racing was also able to deliver two IMSA Michelin Pilot Challenge titles demonstrates the consistently high potential of Vantage in the GT4 category. This is an incredibly proud day for everyone at Aston Martin Racing.” 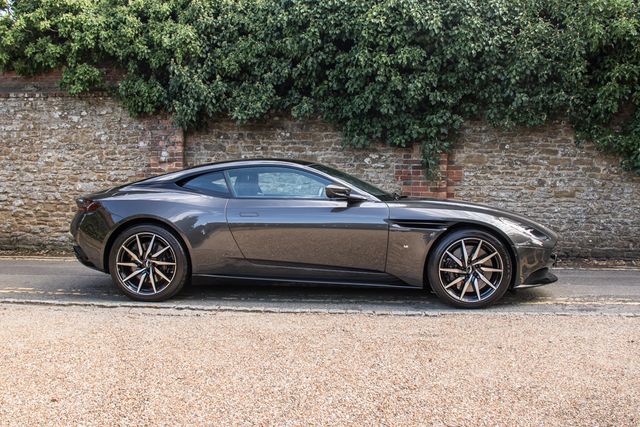