Four GT3 entries and three GT4 crews will battle to be crowned 2022 Intelligent Money British GT champions this weekend when Season 30 concludes at the Donington decider.

The two-hour title showdown is one of UK motorsport’s annual highlights and has a habit of turning conventional wisdom on its head by providing drama right up until the chequered flag.

RAM Racing’s Ian Loggie will be dearly hoping that isn’t the case this year, though, thanks to his sizeable but not insurmountable GT3 points advantage over Adam Balon and Sandy Mitchell (Barwell Motorsport), James Cottingham and Lewis Williamson (2 Seas Motorsport), and Morgan Tillbrook and Marcus Clutton (Enduro Motorsport).

The GT4 championship scrap includes one fewer contender but could deliver a classic showdown, even by British GT’s standards, thanks to a combination of existing points and Success Penalties yet to be served. Newbridge Motorsport’s Matt Topham and Darren Turner start with the initial advantage but will have two Silver crews – Richard Williams and Sennan Fielding (Steller Motorsport), plus Josh Miller and Jamie Day (R Racing) – to contend with.

Two anniversaries – British GT’s 30th season and 20 years of Intelligent Money – will also be celebrated this weekend when every car carries a one-off windscreen banner design featuring both the IM roundel and British GT’s pre-SRO logo. Donington hosted the series’ very first race in 1993, making it the perfect venue at which to commemorate the milestone.

Will this finally be Loggie’s year? Last year’s runner-up and the two-time reigning Pro-Am champion has never quite managed to bag British GT’s big one despite being there or thereabouts since switching to RAM Racing at the start of 2019.

Just one position – as well as potentially one lap given the circumstances – separated him and Yelmer Buurman from the overall crown 12 months ago when the #6 Mercedes-AMG found itself playing catch up at the final round rather than making the running.

This year the odds are stacked firmly in the Scot’s favour thanks to a 24.5-point lead over his nearest challengers Adam Balon and Sandy Mitchell who must finish second at worst, despite serving a 15-second Success Penalty, to have any chance of bridging the gap. Loggie, meanwhile, competes handicap-free.

The other two mathematical contenders face an even tougher challenge. True, James Cottingham and Lewis Williamson do not have a Success Penalty, but they must win and hope Loggie finishes no better than ninth in order to overcome their 33-point starting deficit. Meanwhile, Morgan Tillbrook and Marcus Clutton will have to achieve something no GT3 crew has managed since 2016 – win after serving the full 20-second Success Penalty – if they’re to consider overturning Loggie’s 34-point advantage.

And if all that wasn’t enough, Loggie can also call upon the services of newly crowned Fanatec GT World Challenge Europe Powered by AWS champion Jules Gounon who was forced to skip Brands Hatch due to a back injury. Neither the Frenchman nor Callum Macleod, who has also underpinned RAM’s title challenge this year, can share the championship with their Am co-driver. However, Gounon could make a telling difference if the #DoningtonDecider lives up to its unpredictable reputation.

Just ask perennial title challengers Barwell who have had their fair share of bad luck and near misses at the season finale. Mitchell clinched the 2020 title at Silverstone rather than Donington, while Balon has been a final round contender for each of the last three years without ever quite managing to win the crown.

2 Seas nor its drivers carry the same battle scars and have nothing to lose given their considerable deficit. What’s more, the Mercedes-AMG was seriously quick at Donington earlier this year when a Safety Car period prevented Cottingham and Williamson from pursuing Enduro’s McLaren, which has won British GT’s two previous races at the former GP venue. That stat alone marks out Tillbrook and Clutton as contenders despite them having to serve a 20-second Success Penalty for winning at Brands.

But it’s not just the title protagonists who should be near the sharp end. Enduro owes its place in the showdown to Abba’s heart-breaking, penultimate lap retirement five weeks ago when Richard and Sam Neary should have claimed their second British GT win. They now compete Success Penalty-free at the same circuit as their Mercedes-AMG triumphed in mid-2021.

Chief among them is Beechdean AMR, which makes its first British GT start since the same race 12 months ago. Team owner Andrew Howard shares the Aston Martin with Lewis Proctor whose regular seat at Greystone GT is filled by former Le Mans class and BTCC race winner Warren Hughes.

Meanwhile, Team Parker’s Porsche is racing elsewhere this weekend, and Redline’s Alex Malykhin – who clinched the Silver-Am championship with James Dorlin at Brands – has opted to focus on his next challenge.

There’s history to be made everywhere you look in the GT4 title battle, which is far closer than the current points table would suggest and, on paper at least, likely to provide greater drama than its GT3 equivalent.

Topham and Turner undoubtedly have the upper hand, both in terms of points already accrued and pitstop time loss. Newbridge’s Aston Martin duo won the Pro-Am crown at Donington 12 months ago and could become the first such crew to also clinch the overall title since Graham Johnson and Mike Robinson in 2016.

They start with a handy 12.5-point lead over Williams and Fielding who will also remain stationary for 21 seconds longer during their pitstop by dint of a 15-second Success Penalty and the additional 26-second Silver handicap. That’s a lot to overcome without a fortuitously timed Safety Car, the likes of which played into Topham and Turner’s hands last time out.

However, Steller’s crew has invariably started near the sharp end this year thanks primarily to Fielding who has established himself as GT4’s consistently quickest driver. And any misstep from Newbridge could leave the door ajar for Audi to claim its first-ever overall British GT title.

The outsiders would appear to be R Racing’s Miller and Day who arrive at Donington 20.5 points behind Newbridge. The teenagers must therefore first and foremost finish on the podium if they’re to have any chance of outscoring their championship rivals. And you wouldn’t bet against it given their current form, which includes two wins in the past four races. What’s more, their aggregate pitstop time deficit to Newbridge works out at just six seconds – an amount that can be easily overcome with a fast opening stint.

Yes, their points difference appears daunting. But there is every chance this year’s title battle will boil down to the closing moments of this year’s campaign. Should they prevail, Miller and Day – who will be a combined 34 years and 11 days old on raceday – would smash Will Tregurtha and Stuart Middleton’s record for the youngest crew to win any British GT title by more than a year.

Of course, all of the above is also subject to GT4’s other competitors who have pride and personal glory to play for at the season finale.

Two entries in particular – Century’s BMW shared by Jack Brown and outgoing champion Will Burns, plus the Academy Mustang of Matt Cowley and Marco Signoretti – are bound to be in contention. Indeed, Cowley claimed victory at the same circuit last year with Will Moore who returns to the British GT grid for the first time since that win in a second Ford alongside debutant Erik Evans.

Seb Hopkins and Jamie Orton have got faster as the season has progressed and would dearly love to cap their campaign aboard Team Parker’s Porsche with a first overall class victory, while Toyota Gazoo Racing UK can’t be discounted either.

Changes include Paddock’s McLaren, which went so well at Brands before being punted into retirement, switching from Silver to Pro-Am with the appointment of Kavi Jundu alongside Moh Ritson, and Adam Knight joining Benji Hetherington in Valluga’s Porsche.

Elsewhere, the Pro-Am and Silver titles will also be decided on Sunday.

Topham and Turner have one hand on the Pro-Am trophy but can still be beaten by Team BRIT’s Aaron Morgan and Bobby Trundley. 24.5 points separates them with 37.5 still available. 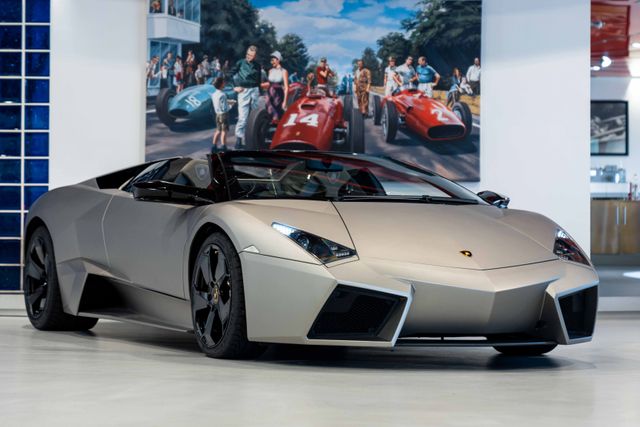