RAM Racing’s Ian Loggie is the 2022 Intelligent Money British GT3 champion after finishing second behind Century’s BMW shared by Darren Leung and Alexander Sims who won a barnstorming #DoningtonDecider that delivered what may come to be regarded as the series’ best-ever title showdown.

Richard Williams and Sennan Fielding lifted the GT4 crown after also finishing second to Toyota Gazoo Racing UK’s Tom Edgar and Jordan Collard, who clinched the GR Supra’s maiden British GT win three years after its debut. Steller Motorsport’s Audi spent the race yo-yoing between second and third in the points until Fielding gained the decisive position during his stint.

Loggie, meanwhile, was in the gravel trap on lap one, and then facing the wrong way next time around before benefitting from a Safety Car period that bunched the field and negated some of his rivals’ advantage. Accidents, bad luck and Success Penalties elsewhere ultimately saw Jules Gounon emerge from RAM’s pitstop in second place behind Sims whom he tracked until the finish.

Morgan Tillbrook and Marcus Clutton served a drive-through penalty for the start incident at Redgate that saw Loggie take avoiding action but still completed the overall podium aboard Enduro’s McLaren.

They ultimately slipped to third in GT4’s overall standings behind Newbridge Motorsport’s Matt Topham and Darren Turner who retained the Pro-Am title but missed out on the Overall drivers’ crown by 5.5 points.

The repercussions of this year’s four title contenders all starting outside of the top-seven thanks to Saturday’s wet/dry qualifying session began at Redgate on lap one when Morgan Tillbrook’s spinning McLaren sent Ian Loggie and fellow championship protagonist Adam Balon scuttling across the gravel and down the order.

Loggie was less fortunate than Barwell’s Lamborghini, though, and dropped to the tail of the field while the likes of 2 Seas Motorsport’s James Cottingham – who had to win to have any chance of the taking the title – managed to avoid the chaos and end the opening lap in fifth.

Things then went from bad to worse for RAM next time around when Loggie looped his Mercedes-AMG on the exit of Goddards.

That in itself wasn’t a disaster provided the delayed Balon and Tillbrook didn’t win. Cottingham, though, was in serious danger of bagging enough points thanks to two non-scoring guest entries running in the top-four. However, 2 Seas’ challenge faltered just after the first Safety Car was withdrawn when Cottingham ran wide at the Old Hairpin and destroyed the Styrofoam Pirelli track branding that wrapped itself around his Mercedes-AMG’s grille. The resulting unscheduled pitstop as good as ended #4’s title chances.

Without that 2 Seas would have further benefitted from Team Abba Racing’s Mercedes-AMG retiring after 50 minutes. Richard Neary, who’d started on pole, had seen his six-second lead cut by the first Safety Car, which was called as a result of excessive debris following a clash between the Paddock and Greystone GT McLarens.

Thus Orange Racing powered by JMH’s Simon Orange now led from GT3 debutant Darren Leung, who was belying his inexperience of the class and M4 by keeping the newly-crowned GT Cup champion honest. They were soon joined by Graham Davidson in the other 2 Seas entry, which had moved up to third following Nick Halstead’s accident and Neary’s demise.

A spate of other incidents as well as slow pitstops for Orange/JMH and 2 Seas saw Alexander Sims emerge out front after the driver changes despite Century serving a 10-second Success Penalty. Barwell and Enduro had also benefitted from the Safety Car period to claw themselves back into contention but were beaten off pit road by RAM’s Mercedes-AMG which – unlike the Lamborghini and McLaren – wasn’t handicapped by extra time.

Another Safety Car period, again for debris, bunched the field soon after with Sims leading Jules Gounon, Sandy Mitchell and Marcus Clutton. The live points situation meant Barwell and Enduro would both need to win and hope RAM all-but non-scored to have any chance of beating Loggie, whose fortune had changed dramatically over the course of an hour.

Clutton did manage to pass Mitchell but was unable to pressure Gounon who was content to follow Sims home and secure the drivers’ crown for his co-driver.

The result saw RAM add both the Overall and Pro-Am drivers’ titles to the Teams’ crown it won at Brands Hatch, while Loggie finally landed the outright championship after having to settle for Pro-Am honours in 2020 and ’21.

Century, meanwhile, scored its first GT3 victory, as well as the M4’s first in British GT, after previously winning 16 GT4 races – the first of which came all the way back in 2010. Leung was also a winner on his class debut and just second championship start, while Sims notched up his first victory since 2015.

Orange/JMH fought back to finish fourth overall thanks, in part, to Michael O’Brien setting fastest lap in the second stint. The McLaren was just 5.8s behind Sims at the finish after passing Barwell’s Lamborghini late on.

The 7TSIX 720S shared by Mia Flewitt and Euan Hankey rounded out the top-six after a largely trouble-free run, while Beechdean AMR’s guesting Aston Martin of Andrew Howard and Lewis Proctor won the Silver-Am class one place further back.

In truth, the Speedworks-run entry was in a class of its own throughout a turbulent season finale, but the real drama broke out behind where epic late charges from both Fielding and Newbridge Motorsport’s Darren Turner ensured the destination of this year’s crown was unclear until late in the day.

With 12.5 points separating championship leaders Matt Topham and Turner from Williams/Fielding, the qualifying troubles for the Aston Martin pair added extra spice to an already fiery finale, with the championship eventually decided by just a handful of points.

Away from the championship chasers, the race was relatively straightforward for Edgar and Collard. Edgar lined up on pole and quickly pulled a comfortable six-second gap back to the chasing Williams before the arrival of the first Safety Car ruined his work. However, Edgar repeated the trick at the restart by restoring the advantage before the pit window opened after 58 minutes.

Collard rejoined in the lead but had Jamie Day’s Aston Martin crawling all over him thanks to R Racing’s slick stop. The GR Supra briefly lost its lead out of the Melbourne Hairpin but had enough in-hand to fight back on the exit of Redgate and re-take top spot.

Collard kept Day at arm’s length, and even resisted the Aston again after a second Safety Car period. With that final caution period cleared Collard pulled comfortably clear to win despite suffering a muscle strain over the closing laps.

But it was what happened behind the runaway Toyota that defined the season, as Fielding and Turner engaged in a cat-and-mouse battle to decide the title, despite being nowhere near each other.

Williams brought the Audi into the pits from second to swap with Fielding, but the pair’s Success Penalty from their second place at Brands Hatch meant Fielding rejoined down in fifth and with the pressure well and truly on.

Topham, meanwhile, relayed with Turner and the Aston resumed ninth after serving its own Success Penalty as well as a drive-through for overtaking behind the Safety car.

Fielding immediately relieved Jack Brown of fourth to leave the title provisionally heading R Racing’s way by just half a point, while Newbridge was now three further back.

Fielding required one more place to beat R Racing’s live total, and it came courtesy of taking third from Moh Ritson’s Pro-Am class-leading McLaren. He then put the outcome almost beyond doubt by passing Day.

In contrast, Turner became bottled up in traffic and could only manage seventh at the flag, making Fielding and Williams overall champions by 5.5 points. Topham and Turner were however runaway Pro-Am champions. 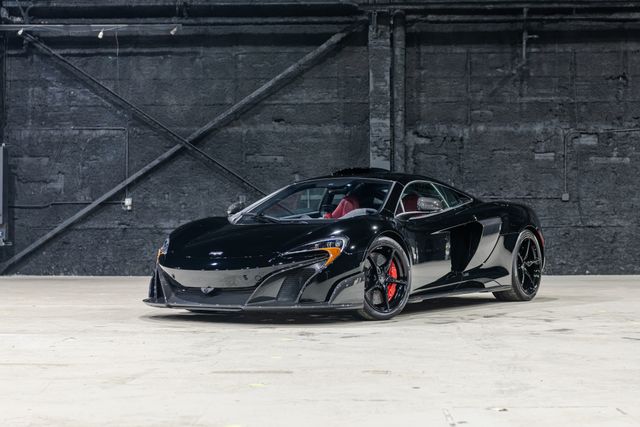