The Intercontinental GT Challenge Esports Powered by Mobileye season concludes with the biggest event in real-world GT3 racing this weekend when 46 entries tackle the rearranged 24 Hours of Spa on Assetto Corsa Competizione.

Just four-and-a-half hours of the same race were completed in June before a server hack cut short what would have been round two of SRO Esports’ long-distance endurance championship. Instead, the Belgian event – perhaps fittingly given its stature – now rounds out a five-race campaign that also featured the Bathurst 12 Hour, Indianapolis 8 Hour, Suzuka 10 Hours and Kyalami 9 Hour.

However, all pale in duration compared to the 24 Hours of Spa where teams of three or four sim drivers are set to battle for overall and class prize money. Six crews – three per category – also remain in contention for their respective championships.

The former enjoys a 15-point advantage over its factory-backed BMW rival after claiming victories at Indy and Suzuka. However, as many podiums in the first three races have kept the all-star line-up of Nils Naujoks, Arthur Kammerer and Gregor Schill firmly in contention. And with a maximum 35 points available for pole position and victory, the German trio have a realistic chance of overturning their deficit.

The 720S, meanwhile, features Eamonn Murphy and George Boothby but is headlined by World’s Fastest Gamer James Baldwin who raced at the 24 Hours for real in July and also won the Fanatec Esports GT Pro Series support race – albeit against real-world drivers –that same weekend. Now he and McLaren Veloce GT go in search of a second SRO Esports title together after they clinched the Mobileye GT World Challenge Europe Esports crown in August.

Mercedes-AMG E-Sports Team Unicorns of Love also remains a mathematical contender, although its odds are considerably longer than Veloce and BS+. Tobias Gronewald, Michael Tauscher, Dennis Schoeniger and Tobias Pfeffer must take the point for pole position, win the race and rely on other results going their way in order to pinch the championship on countback. Indeed, if both teams are tied on points and two wins, UoL’s third place at Suzuka would trump Veloce’s fourth at Bathurst.

So competitive has this year been that two more manufacturers – Lamborghini and Bentley – complete the championship’s current top-five. Automobili Lamborghini Esports Team are the only outfit to have scored the maximum 35 points – 34 for a victory and one more for pole – and are coming off another pole and second place behind UoL at Kyalami, while Triton Racing were running second at Spa when a server outage brought the race to an early end.

Elsewhere, Ferrari’s factory Velas squad is yet to finish on the podium this season despite its talented driver roster. However, there is a fair chance the Prancing Horse will end its esports campaign in style on Sunday at a circuit where David Tonizza won the SRO Esports Racing Night during the real 24 Hours of Spa.

James Parker, Jan Willem van Ommen, Joe McAuley and Killian Ryan-Meenan owe their eight-point advantage over AJA to the supreme consistency that has seen FFS’s Aston Martin notch up four-straight podium finishes. However, the quartet is yet to stand on the top step, which has allowed AJA’s twice-winning McLaren shared by Jura Petritchenko, Jakob Ostermann and Luis Roters to remain in touch.

Fabien Piffet, Maciej Hyla, Trevor Wenham and Grantas Kareckas have also won a round this year but must now finish second or better if Race Anywhere’s Ferrari is to close its 27-point starting deficit.

KKrämer Racing eSports’ Porsche is the only other entry to have won this year but finds itself outside of the championship contending positions by virtue of an inconsistent campaign. 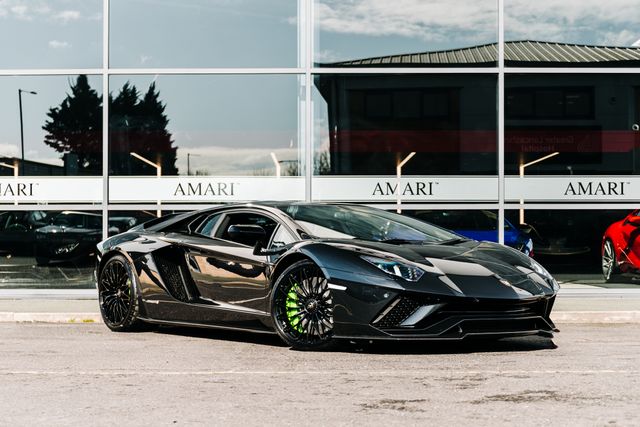