The 200 plus cars that H&H assembled at IWM Duxford attracted just short of 1,200 bidders worldwide with online participants from as far afield as Huntington Beach, California and Wellington, New Zealand plus a large crowd in the auction hall. The sale total was £4m.

The two private collections consigned both achieved ‘white glove’ results (100% sale rates). The first, that of the late Robert Riding, was dispersed to benefit the RNLI (and other charities). Headlined by a 1934 Rolls-Royce Phantom II Continental Sedanca Coupe and 1956 Bentley S1 Continental which made £195,500 and £184,000 respectively, the Riding cars generated some £754,200 for the RNLI. The second, assembled by a collector in Surrey, encompassed everything from a 1903 Humberette 5hp Two-Seater (£50,600) through to a 1969 Chevrolet Corvette Stingray project (£8,625).

The best seller at H&H’s inaugural ‘Fast Road’ sale was a 1965 Ford Mustang 289 Fastback in ‘Bullitt Green’ which commanded £46,000 with several other entries exceeding their high estimate. 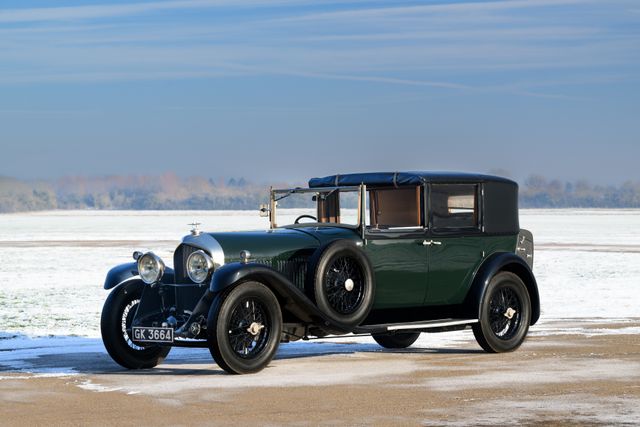