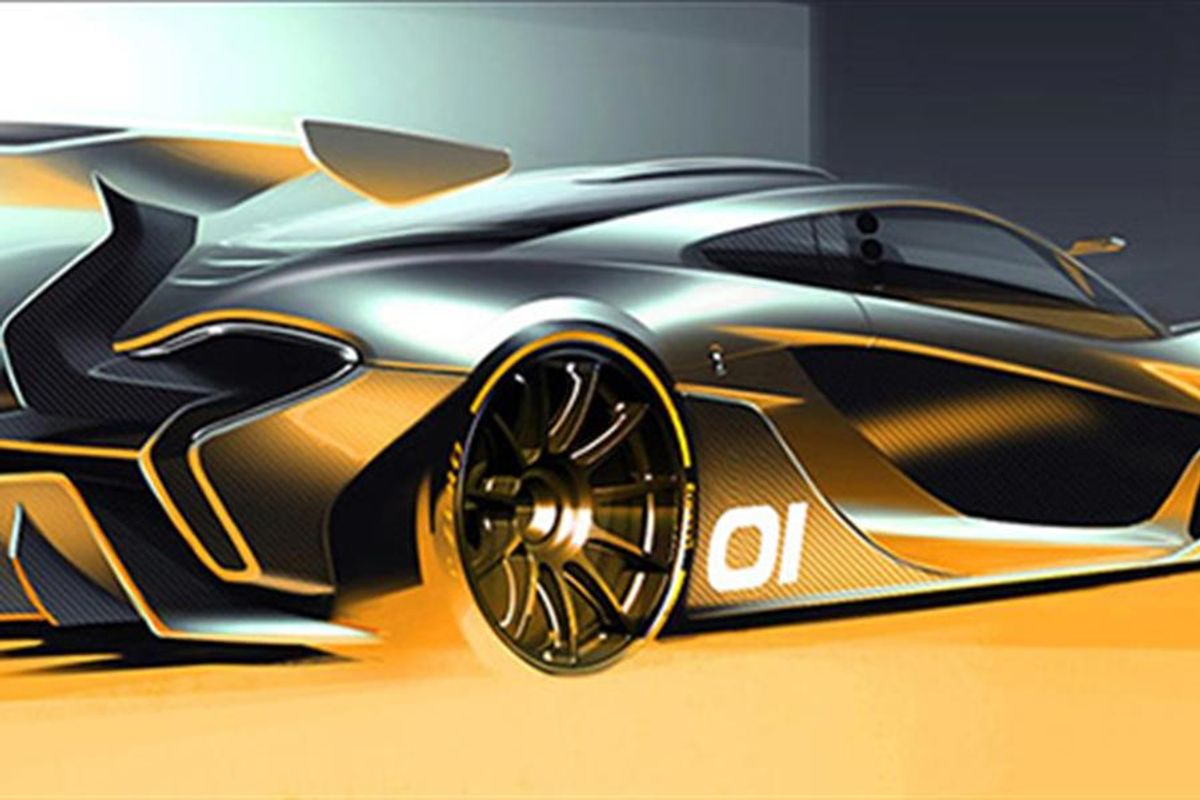 ....previewed ahead of Pebble Beach global debut. When the standard P1 is not enough - this track focused example should satisfy the cravings of the most well resourced adrenaline junkie.

McLaren will use its presence at the 2014 Pebble Beach Concours d’Elegance to showcase its ultimate track-focused model, the McLaren P1™GTR, in design concept form.

Conceived in response to requests from buyers of the road legal McLaren P1™ for a track focused edition of their car, and available for purchase only to this group as a fully comprehensive programme to include driving events, training and vehicle support, the McLaren P1™GTR will go into production in June 2015 when the 375th and final example of the road car has been completed - two decades on from the famous 24 Hours of Le Mans win by the legendary McLaren F1 GTR.

The McLaren P1™GTR is being designed and developed using five decades of race-winning knowledge from the pinnacle of motorsport. Participants in the programme will have unprecedented access to the technologies, resources and expertise which have helped develop and train Formula 1™ champions.

The McLaren P1™ GTR design concept will be unveiled during an exclusive preview at the McLaren Brand Centre on the 18th Fairway at the Pebble Beach Lodge at 18.00 EST on Friday 15 August (02.00 BST Saturday 16 August), and will make its public debut on the Pebble Beach Concept Lawn over the course of the weekend.