Fangio Chevy reigns in Rally of the Incas 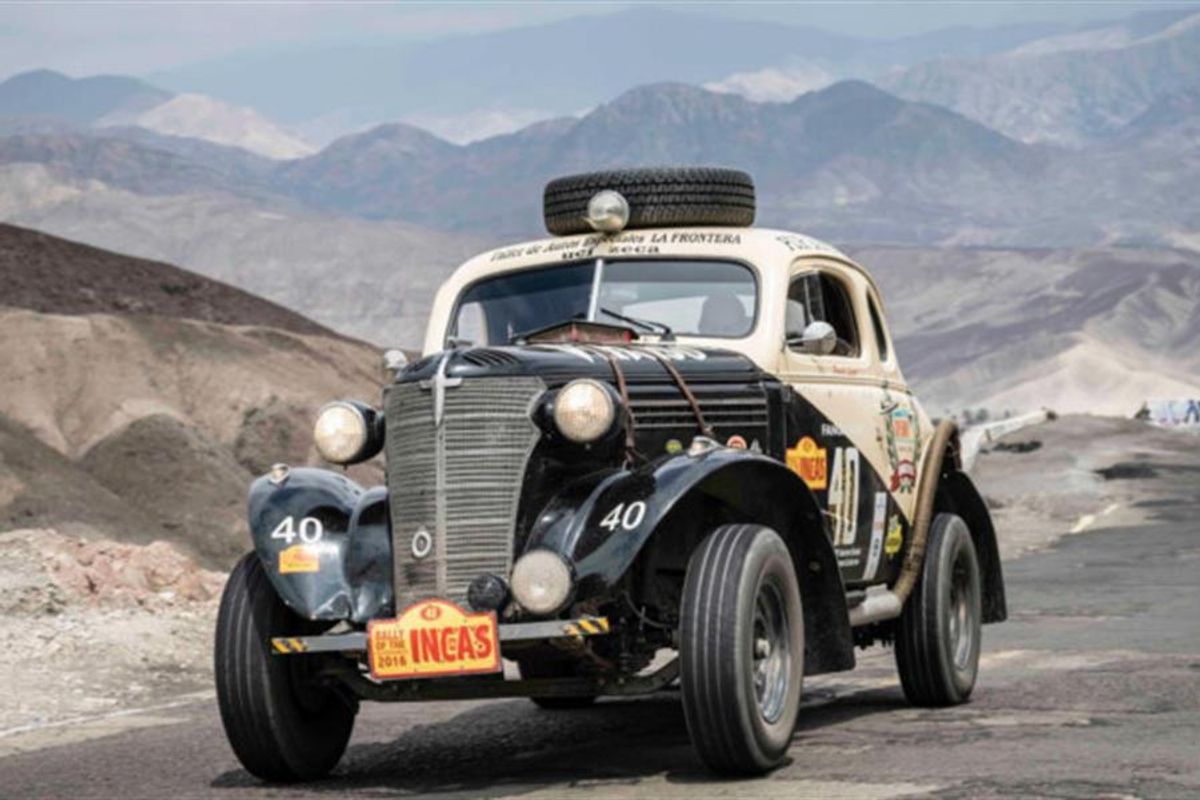 AS AMERICAN DUO TAKE THE TROPHY

A 1938 Chevrolet ‘Fangio’ Coupe reigned supreme on the Endurance Rally Association’s Rally of the Incas, an exciting 27-day adventure exploring the fantastic terrain and stunning scenery across 9,981km or 6,200 miles of South America.

Chuck and Pam Lyford from America lifted the trophy for the Vintageant category after starting from Buenos Aires on Sunday 13th November, and journeying through Argentina, Chile and Peru, finishing in Lima on Friday 9 December.

The winning duo are no strangers to the podium in this neck of the woods having taken the win in the ERA’s Vintage Cape Horn Rally in 2013, way down in snowy Ushuaia.

They were closely followed by the British Bentleys of second placed Paul Carter and Vincent Fairclough in the 1936 Derby 4¼, and the third place of Graham and Marina Goodwin in the 1925 Super Sports.

The Classics division was won by Belgium’s Joost Van Cauwenberg and Christine De Landtsheer in the 1973 Porsche 911. For Joost, this win was more sweet after a difficult London - Cape Town in 2012, a bravura performance on the Road to Mandalay and a disappointing Peking to Paris run, he's finally got the silverware he deserves. Along with his wife Christine, Joost took an early lead in his Porsche 911, held onto it in a cool calm and gentlemanly way and was understandably delighted with his win. This was the first time he’d visited South America and he said ‘the event has been great one both in terms of the route and the competition’.

Around 45 crews competed on the Rally of the Incas, exploring parts of the region that had never been discovered by the Endurance Rally Association before, including the Valdez Peninsula and the High Andes.

The True Grit trophy was awarded to Ed and Janet Howle who had nursed their old 1967 VW Type 1 Beetle through thick and thin - uphill and down dale for almost a month.

Bentley driver Anton Gonnissen gave a moving and reflective speech about how special the Rally World is, supporting and looking after its members whatever they're going through and one that we’re all privileged to belong to. He was then asked to present the Spirit of the Rally award to his wife Inge, for coming back to the Rally World after a freak accident on the Road to Mandalay.

ERA Rally Director Fred Gallagher said: “The second foray into South America for the ERA has indeed been a great one. The landscapes we've driven through and the way that the Rally has unfolded had been amazing. The competition has been amazing and the competitors have been brilliant. Well done to Joost, Christine, Chuck and Pam and we very much look forward to seeing them again very soon. The next iteration of the Rally of the Incas, is already being planned for 2019.”

The Rally of the Incas marks the end of a very successful year for the ERA with five events featuring over 300 classic and vintages cars, including the epic Peking to Paris Motor Challenge.

2017 will be an equally busy year with the Flying Scotsman, Classic safari and new Baltic Classic events all with full entry lists. The Blue Train Challenge, open to pre-war cars as well as those crews eligible for the Riviera Cup, open to sports car manufactured between 1 January 1948 and 31 December 1962, which would have graced the French Routes Nationales on their way to the Côte d’Azur.

To find out more about this and other ERA events, visit www.endurorally.com