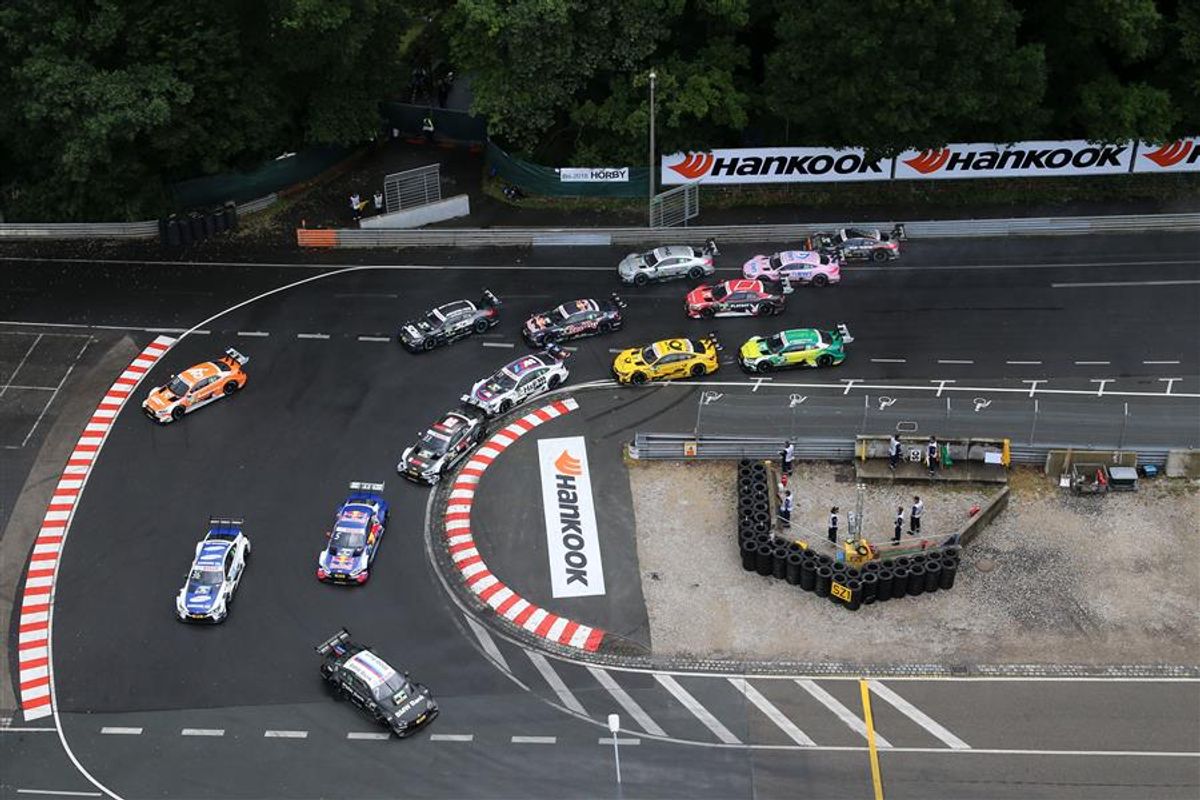 Bruno Spengler is finally back to winning ways. The BMW driver won the opening race of the weekend at the Norisring on Saturday. His fourth triumph in Nuremberg was also his first win for four years in what is probably the most popular international touring car series. Fellow BMW driver Maxime Martin came home second to make it a BMW one-two. Mattias Ekström (Audi) finished third to take the overall lead in the championship. The wet and slick tyres supplied by exclusive DTM partner Hankook provided the drivers with plenty of grip on both a wet and dry track at the only street circuit in Germany.

As has so often been the case in the past, the weather played a key role at the Norisring. Heavy rainfall fell over Nuremberg, shortly before the start of Saturday’s opening race of the DTM weekend. As a result, all of the drivers started the race on the wet tyres provided by premium tyre maker Hankook. Starting from third on the grid, Bruno Spengler made a lightning start and then never looked back. With the track drying out, the BMW driver switched to the Hankook slick on lap 23. He went on to claim the 15th victory of his DTM career after 61 laps of racing.

Pole-sitter Maxime Martin (BMW) lost several places at the start. However, he fought his way back through the field to finish runner-up. Audi man Mattias Ekström, who started the race from sixth place, was third. His podium result proved sufficient to replace fellow Audi driver René Rast at the top of the championship. The leader coming into the weekend crossed the yellow line upon exiting the pit lane. Rast was given a drive-through penalty for this misdemeanour, and went on to finish outside the points in 12th. The best-placed Mercedes-Benz driver was Edoardo Mortara in eighth place.

The wet tyre supplied by exclusive DTM partner Hankook was the only tyre used at the start. Generating a high degree of grip, it offered the drivers plenty of security on the wet track. As the track started to dry out from about lap 18 onwards, the drivers switched to the Ventus Race slick, which provides an impressive amount of traction on the narrow street circuit, as well as a number of sections that were still damp. Manfred Sandbichler, Hankook Motorsport Director Europe: “The fans witnessed another great DTM race at the Norisring. Bruno Spengler drove a perfect race in both the wet and the dry to claim a commanding victory. However, a great compliment goes to all the drivers, who put on a display of motorsport at its finest in these difficult conditions. Both Ventus race tyres - wet and dry - produced an impressive performance and contributed to the fans enjoying a great afternoon of racing here at the only street circuit in Germany.”

Bruno Spengler (BMW): “The tyres were decisive today. There was a lot of water on the track at the start of the race. However, the Hankook wet tyres reached the ideal temperature very quickly. This allowed me to find my rhythm immediately. In the case of the slicks, the damp track meant it took a little time for the tyres to reach their optimal working temperature. That is why I drove a little more cautiously at first, as you cannot afford to make any mistakes at the Norisring. After that, however, the Hankook race tyre was superbly consistent right through to the finish.”

Maxime Martin (BMW): “The Hankook race tyre worked very well and we got it working very quickly. We then switched to the slick, which was also good, at precisely the right moment. I was looking after the brakes and tyres towards the end of the race, but was still able to keep Mattias behind me. I am very happy with second place.”

Mattias Ekström (Audi): “I was very quick. The car worked well and I made good progress from sixth on the grid. Unfortunately, I could not get past Maxime. Both the Hankook wet and dry tyre worked superbly.”

Edoardo Mortara (Mercedes-Benz): “Tyre wear here at the Norisring is relatively low compared to other DTM circuits. There were absolutely no problems with the Hankook race tyres. They worked very well.”