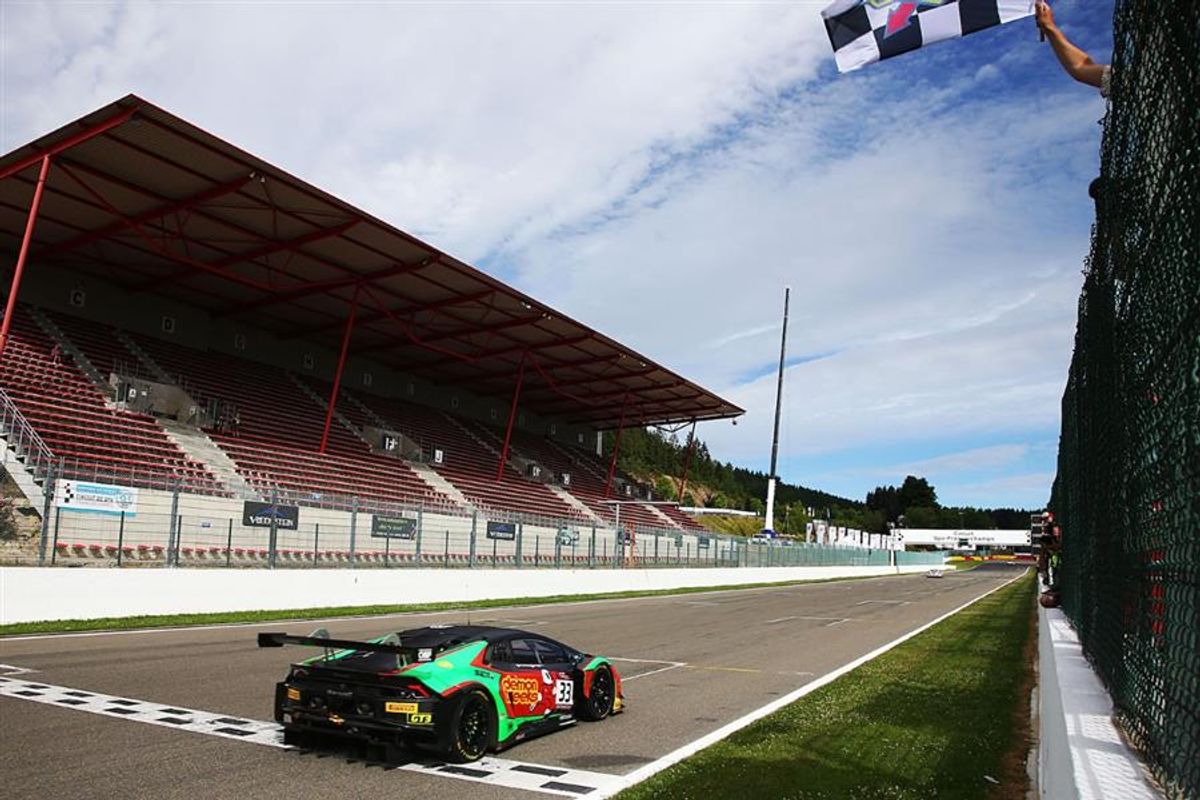 Barwell Motorsport claims the victory in Race 1
2016 vice-champions Phil Keen and Jon Minshaw extend their lead in the British GT
Two rounds to go before the season’s end: Brands Hatch and Donington Park


Barwell Motorsport has taken its fourth seasonal victory, thus extending its leadership in the British GT.
The fifth round of the championship, which took place at Spa-Francorshamps, saw Phil Keen and Jon Minshaw and their Lamborghini Huracan GT3 #33 dominate in Race 1, thanks to a winning strategy.

During the 60-minute race, two lengthy Safety Car periods, due to an accident, allowed the duo of Barwell Motorsport to take advantage of the pit window at their best. Phil Keen re-entered the track ahead of his rivals of Bentley and Aston Martin and won with a 14-second advantage and got maximum points.


Thanks to this fourth seasonal victory, the Lamborghini Huracán GT3 of Barwell Motorsport extended its championship lead both in the driver and team standings. In the latter, Barwell Motorsport has a 41-point advantage over the Aston Martin of the team Parker.

The last two races of the British GT Championship are scheduled respectively at Brands Hatch on the weekend of August 5-6 and at Donington Park, for the final round, on September 23-24.