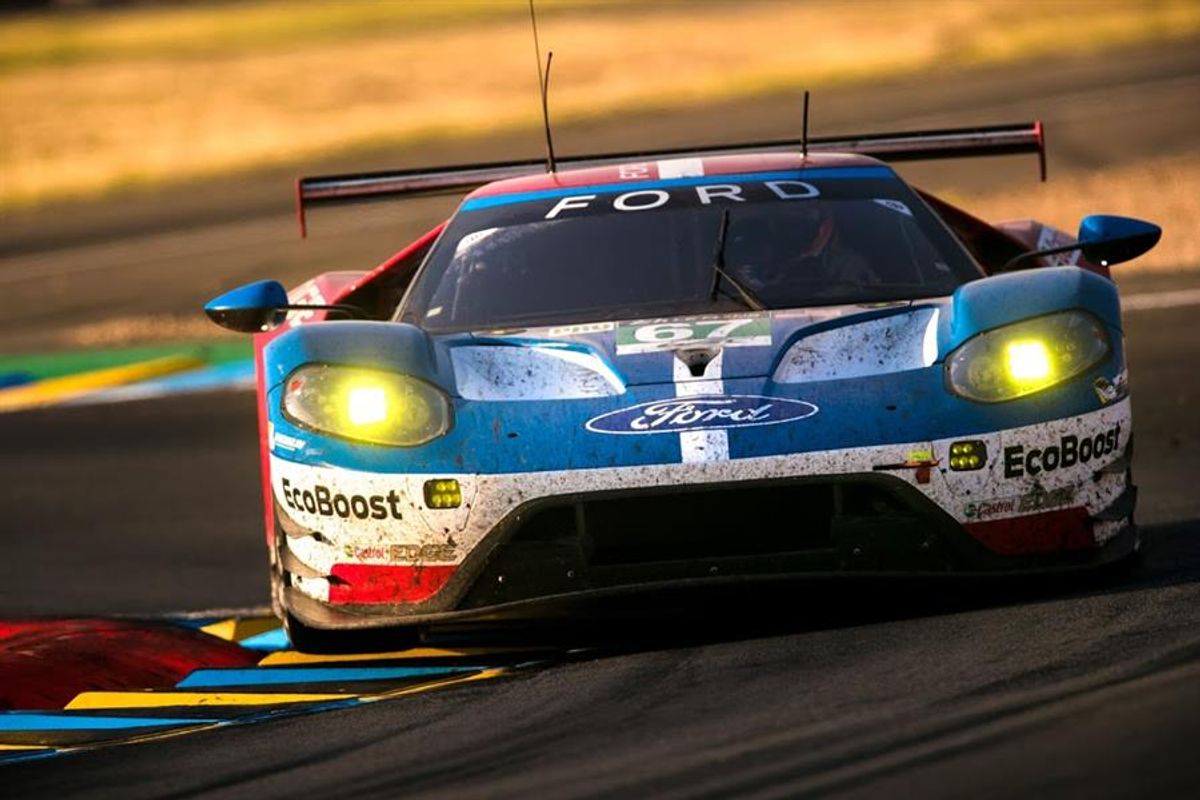 Ford Chip Ganassi Racing to compete in Round 4 of the FIA World Endurance Championship at the Nürburgring, in Germany, this weekend
Ford leads manufacturer’s title fight after securing a strong second place at Le Mans with the #67 Ford GT
Drivers of the #67 Ford GT lead the drivers’ standings going into the next round

The battle for the 2017 FIA World Endurance Championship resumes this weekend with the “6 Hours of Nürburgring” – and the Ford Chip Ganassi Racing Team is on maximum attack, keen to maintain the momentum after a strong result at last month’s Le Mans 24 Hours.

The Nürburgring is the “home” circuit for Ford’s European headquarters in Cologne, in Germany, so the team will enjoy local support as it fights for top honours.

“With Le Mans behind us, we are now very much focused on the WEC championship,” said Dave Pericak, global director, Ford Performance. “The #67 Ford GT scored major points at Le Mans so we need to keep the momentum going this weekend in Germany and onwards as the team moves into the ‘long haul’ stretch of the season.”

Andy Priaulx (GB) and Harry Tincknell (GB) are riding high in the GT FIA World Endurance Drivers Championship, with an 11-point lead over the #97 Aston Martin crew. Team mates Stefan Mücke (GER) and Olivier Pla (FRA) are in fifth place, 31 points adrift of the sister #67 Ford GT but there are six races to go and everything to play for.

“It’s great to see Ford at the top of the manufacturers’ world title standings,” said Mücke. “It’s also good to see our team mates at the top of the drivers’ standings but Olivier (Pla) and I will be doing everything we can to get up there with them. Nürburgring is the home race for me so it is great to be racing there again.”

“We have an 11-point lead over the Aston Martin going into the Nürburgring,” said Priaulx. “But just behind the Aston is a Ferrari, then a Porsche. It’s 25 points for a win in WEC so we might be leading the championship but the competition is still wide open. The next two races in particular will be tough for us so we need to focus and score as many points as possible. Every point counts!”

The 6 Hours of Nürburgring takes place this Sunday at 13:00 CET.