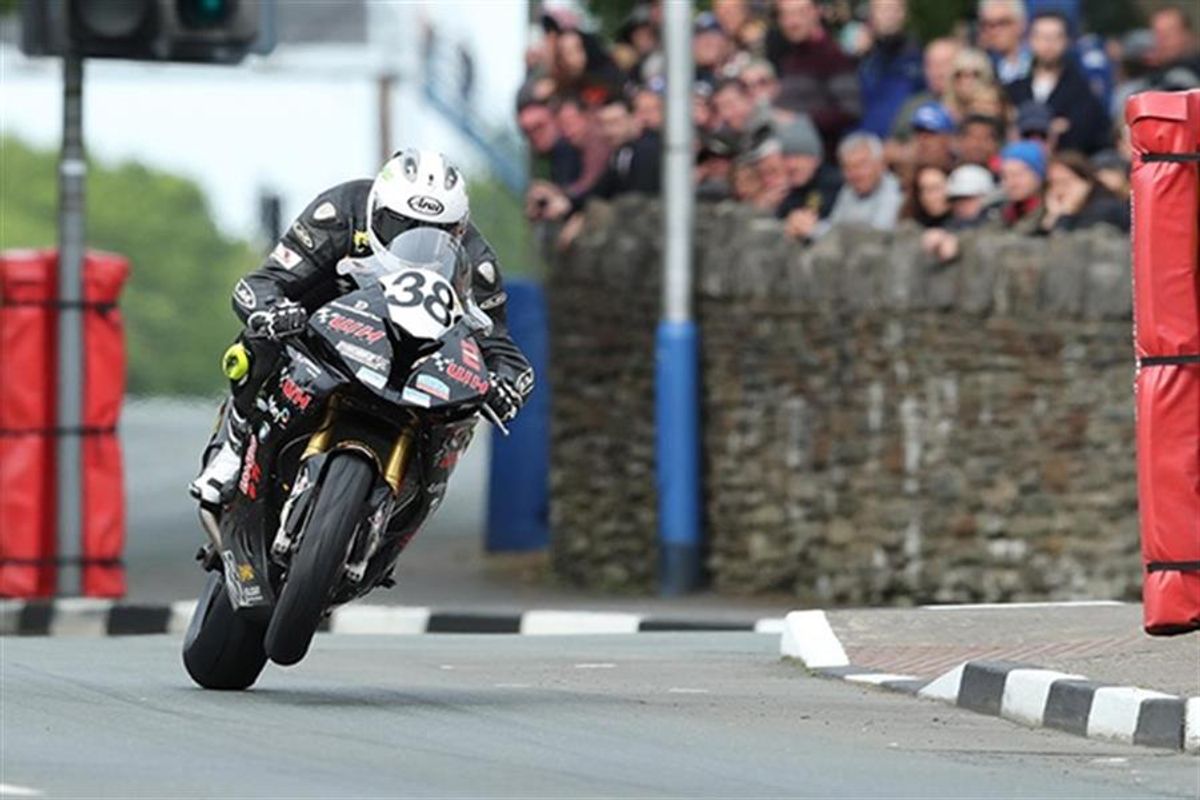 Midlands based Davies Motorsport will continue their association with the Classic TT Races presented by Bennetts, increasing their line-up for 2017 from two riders to three with William Dunlop, Alan Oversby and new recruit Dominic Herbertson contesting the Bennetts Senior Classic TT and Sure Junior Classic TT Races on their latest-spec Honda machines.

The team has been a mainstay at the event since the inaugural year in 2013 with Dunlop and Oversby lining up for their fifth year with the team, the duo again lining up in both the Bennetts Senior and Sure Junior races while County Durham’s Herbertson joins them after a successful debut for the team at the Pre TT Classic Races earlier this year.

The undoubted highlights have been three podiums for the team with Dunlop taking second in the 2013 Bennetts 500cc Classic TT, where he lapped at an excellent 109.401mph and Oversby’s similar result in the Okells 350cc Classic TT Race in 2014.

The Grange over Sands rider led in the early stages and lapped at an impressive 104.140mph before having to settle for second place behind eventual race winner Lee Johnston and he added another podium to his name in 2016 with third in the same race. He was also holding onto a rostrum position in the Senior Race, after lapping in excess of 107mph, before slipping back to fifth on the final lap.

Dunlop has been out of luck in recent years but Herbertson enjoyed an excellent ride last year when he took sixth in the Senior Race with a near 106mph lap and he also experienced his best ever TT earlier this year, lapping at more than 126mph on his way to a top twenty finish in the PokerStars Senior TT Race.

Those performances fully justify his inclusion in the team and, with all three riders having proven pedigree around the Mountain Course they are sure to be amongst the race favourites for the two four-lap races.

Davies Motorsport have been long-time front runners on the Classic racing scene and is headed up by John Davies, who sponsored numerous riders in the 1980s and 90s including Alex Bedford, Kevin Mitchell, Neil Hodgson and Steve Thompson. Davies was a regular competitor himself at the Manx Grand Prix between 1978 and 1997, with his best finishes being second in the 1978 Senior Newcomers race and a brace of fourths in the 1986 and 1987 Lightweight 250cc races. He also campaigned a 500cc Grand Prix Harris Yamaha for the Padgetts team.

Specialising in Honda machinery, nephew Colin Davies handles all the technical aspects for the team and he too has a wealth of experience at all levels including numerous years as technician to Kevin Schwantz at Lucky Strike Suzuki where together they won the 1993 500cc World Championship.

“The Classic TT has become the big event of the year for Classic racing and we are coming with an increased rider line up and a set of bikes that have improved year on year. We want to be challenging for the podium in both the Senior and Junior Races and we have both the machinery and the riders to be able to do just that.”

Classic TT Grandstand tickets are available now starting from as little at £5 with race day tickets priced at £20. VIP experiences, tickets for the Classic TT Party on Saturday 26thAugust the RST Classic TT Legends Dinner on Sunday 27th and the Classic TT Prize giving and Closing Party on Monday 28th August are all available to buy now at iomtt.com or our sales hotline on (00 44) (0) 1624 640011.