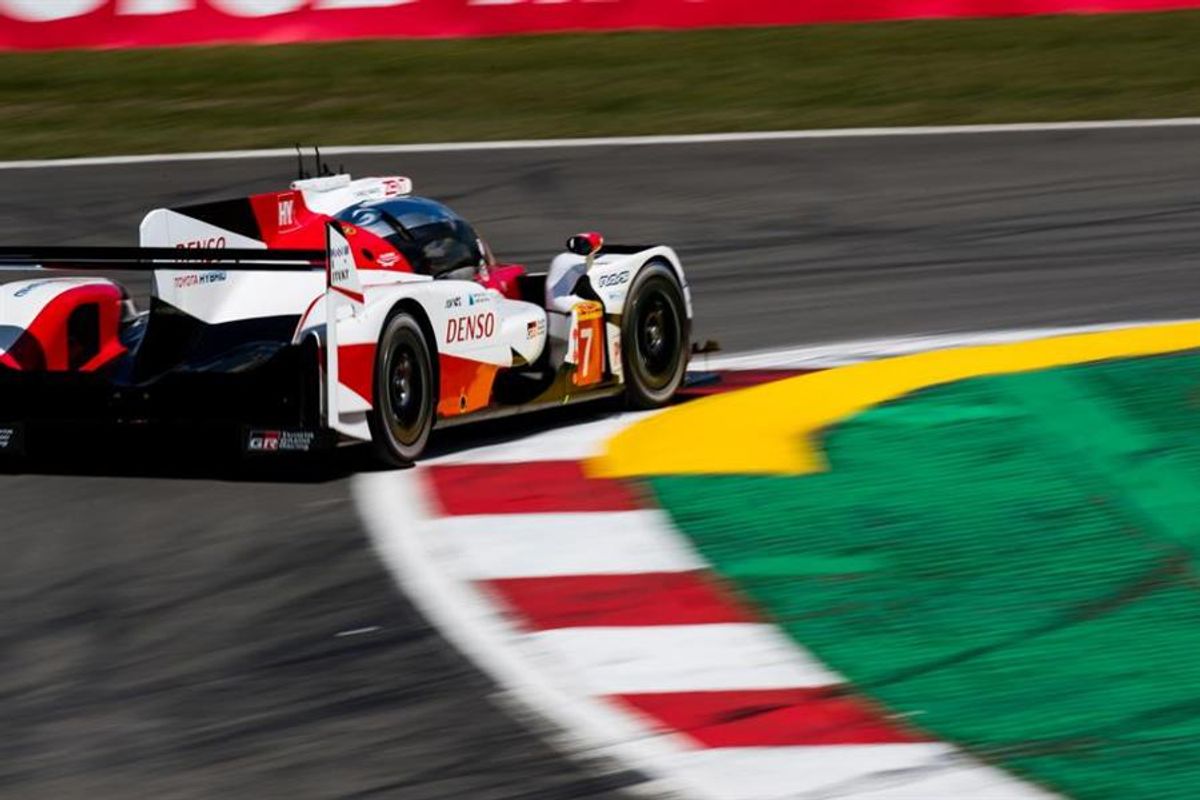 Toyota Gazoo Racing celebrated their third pole position of the season with the no7 Toyota TS050 Hybrid of Jose Maria Lopez and Kamui Kobayashi set a two lap average time of 1m38.118, 0.154s ahead of the no2 Porsche 919 of Brendon Hartley and Timo Bernhard.

Lopez set the second fastest individual time of the session with a 1m38.083 and Kobayashi nearly matched his Argentine teammate with a 1m38.153, which was the third quickest lap.

The no8 Toyota was fourth quickest with Kazuki Nakajima and Anthiny Davidson setting a 1m38.703 average.

While Toyota celebrated beating Porsche to the overall pole, their was some joy for the German Manufacturer when the GTE team took pole position ahead of Aston Martin, Ford and Ferrari, the first LMGTE Pro pole for a Porsche 911 since Bahrain 2013 and the first in WEC for the new car.

Kevin Estre and Michael Christensen celebrated with an average lap time of 1m54.007 in the no92 Porsche 911, 0.3 seconds ahead of the no95 Aston Martin Racing Vantage of 2016 champions Marco Sorensen and Nicki Thiim and 0.5 seconds ahead of their teammate Ricard Lietz and Fred Makowiecki in the no91 Porsche.

The LMP2 pole went to the no26 G-Drive Racing Oreca-Gibson for the fourth time in four races this season. Ben Hanley and Pierre Thiriet set an average of 1m45.001, 0.196 ahead of the no38 Jackie Chan DC Racing Oreca of Oliver Jarvis and Thomas Laurent. The two Vaillante Rebellion Orecas were third and fourth with the no31 Oreca of Bruno Senna and Julien Canal setting a 1m45.649, just 0.041s ahead of the no13 car.

The no26 G-Drive Racing was due to start on pole position but also needs to serve a 3-minute stop-go penalty which was carried over from Le Mans. However following post qualifying scrutineering checks, the car was found to be non-compliant with LMP2 Technical Regulations (Art.3.5.6d, front part of skid block deflects more than 5mm). The qualifying times for the no26 G-Drive Racing Oreca have all been cancelled but it will be allowed to take the start of the race from the back of the grid.

The no98 Aston Martin Racing Vantage of Pedro Lamy and Paul Dalla Lana made it four from four also by claiming the LMGTE Am pole position to go with the ones their took in Le Mans, Spa-Francorchamps and Silverstone. The Portuguese / Canadian pairing posted a 1m56.721 average lap, 0.4 seconds ahead of the no77 Dempsey-Proton Racing Porsche of Matteo Cairoli and Christian Ried.

The grid is now set for the 2017 6 Hours of Nürburgring and it will remain to be seen who will be standing on the podium at 19h00 Sunday evening.