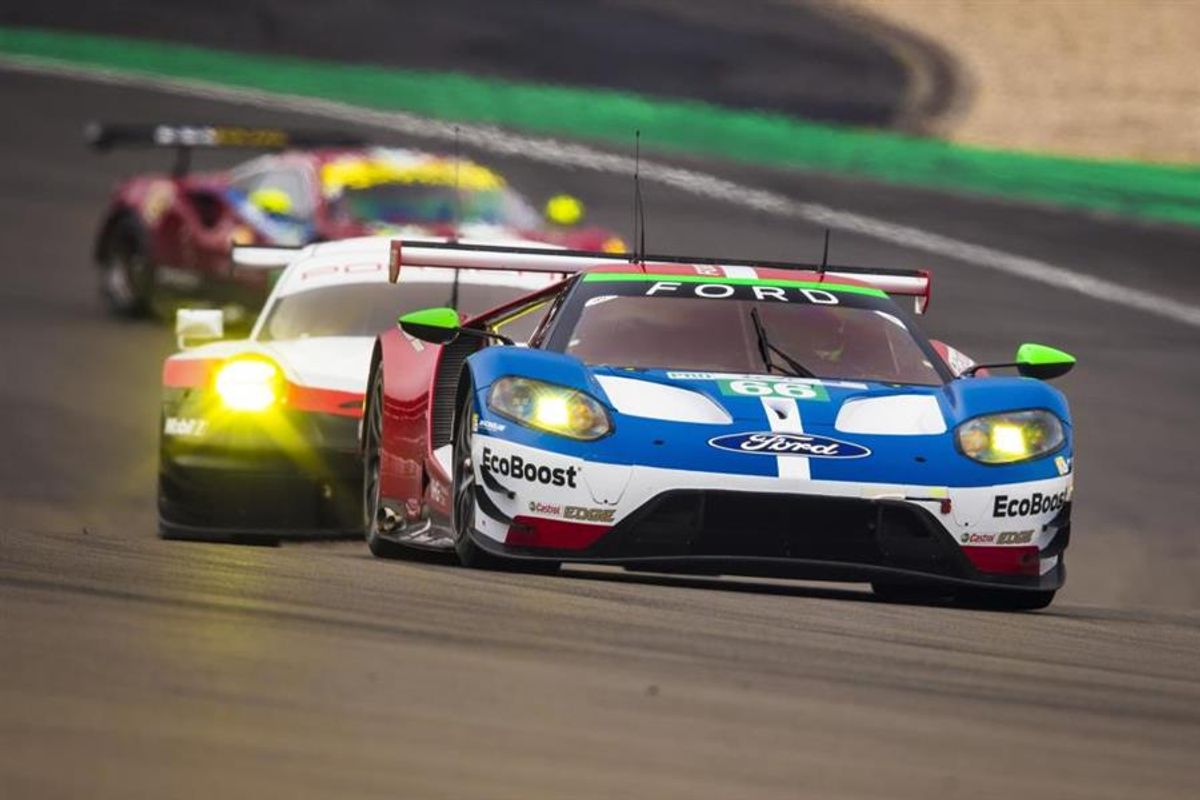 The Ford Chip Ganassi Racing team battled through a difficult race at the Nürburgring in Germany today, finishing in fifth and sixth places respectively in the GTE Pro class with the #67 and #66 Ford GTs. This result means that Andy Priaulx (GB) and Harry Tincknell (GB) retain their 11-point lead in the FIA World GT Endurance Drivers’ Championship and Ford is now in second place in Manufacturers’ World Championship, level on points with Ferrari.

“We came here knowing that with the adjustments we had following our success at Silverstone and Spa and the fact that the Nürburgring isn’t one of the tracks best suited to our car, that it would be challenge and it proved to be just that,” said George Howard-Chappell, WEC Team Principal. “The team and the drivers all performed extremely well despite a couple of unfortunate incidents.”

During the first hour of the race the #66 Ford GT, which Olivier Pla (FRA) had elevated to third place, was hit by the #92 Porsche, which damaged the car, making it difficult to drive for Pla and team mate Stefan Mücke (GER) for the remainder of the race. Then, not long after the halfway mark, Tincknell was pushed off by an LMP1 Porsche, which delayed the #67 Ford GT.

“This put us in a situation where we couldn’t overhaul the lead Aston Martin, which was really our target,” said Howard-Chappell. “Our congratulations go to Ferrari who did very well today. We knew the Porsches would be strong but didn’t know where we were compared to Ferrari. It’s not all going to go our way all of the time - that’s the nature of this type of racing. We came out of it a little bruised and battered but it wasn’t a disaster by any means.”

Andy Priaulx and Harry Tincknell qualified the #67 Ford GT in sixth position on Saturday and it was Priaulx who started the race on Sunday afternoon.

“Despite the fact that we finished in fifth place we had a brilliant race in the #67 Ford GT,” said Priaulx. “I stayed in for a double stint after starting the race and we made the call to stay on used tyres, which gave us the jump on the sister Ford GT. Harry did a great job in the middle part of the race and if the Porsche hadn’t hit him we would have been 40 seconds up the road and in fourth place! I had a great run again after that and the end result of our efforts today is that we have maintained our lead in the championship.”

The sister Ford GT of Olivier Pla and Stefan Mücke qualified in fourth place but the #66 Ford GT took more than its fair share of knocks on the way to sixth place today.

“The race started quite well for us,” said Pla. “I was able to move up to third right away and hold position behind the #91 Porsche. Halfway through that first stint I got hit hard on the right rear wheel by the #92 Porsche, which must have caused damage, as we had to fight the balance of the car from that moment on. My battle with the Aston Martin later on in the race wasn’t much fun as he was parking me at every apex and then driving away from me on the straights. Maybe I was too patient with him this time!”

The next round of the FIA World Endurance Championship takes place in Mexico City on September 3.