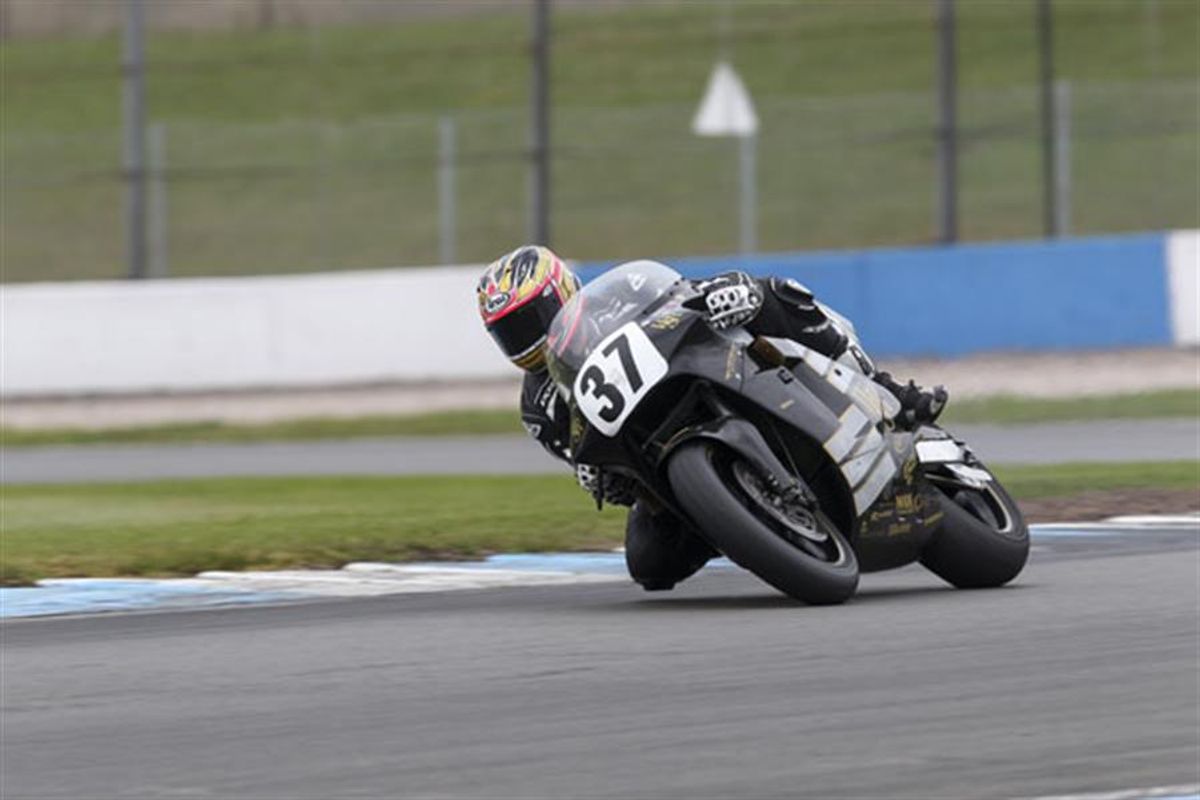 2015 British Superbike Champion Josh Brookes has been confirmed to compete at the 2017 Classic TT presented by Bennetts.

Brookes, fresh from a highly successful campaign at the 2017 Isle of Man TT Races, will make his debut in the August event riding for Wiz Norton Racing.

Brookes has been testing the bike at the Donington Park, and the Norton produces approximately 120bhp and and is running an original specification from the era when the likes of Robert Dunlop, Trevor Nation and Ron Haslam all enjoyed success on the British-built machine.

Arguably the Norton’s finest moment, though, came in 1992 when Steve Hislop won the Senior TT after a race long duel with Carl Fogarty - the race voted the greatest ever by race fans in a 2011 survey to celebrate the 100th anniversary of the Mountain Course. The Scot lapped at 123.50mph, the fastest ever lap by a rotary machine, and this is the lap time that Brookes and the Wiz Norton Racing team are aiming to beat.

Earlier this year, 34-year old Brookes made his return to the Mountain Course after a three-year gap and took four top twelve finishes, including sixth place on Ryan Farquhar’s IEG International/KMR Kawasaki in the Bennetts Lightweight Race.

His best performance came in the closing PokerStars Senior Race with another sixth placed finished sixth lapping at 130.883mph on the SG6 Norton to record not only his personal best lap but also the quickest ever by a Norton machine. This followed up the seventh place he had already recorded in the opening RST Superbike Race.

Wilson has competed on a similar Norton Rotary for Wiz Racing in the last three Superbike Classic TT Races finishing 21st in 2014 and 19th in 2016 despite a lengthy pitstop in the latter that dropped him down the order. His fastest lap came in last year’s race at 114.836mph.

“I’ve always been interested in the Rotary Norton racers from the 1990’s and love the engineering ideas that went into this truly iconic motorcycle. I saw the Wiz Norton guys at an event and got talking to them about the project and one thing led to another and it wasn’t long before I was testing the bike. I’m really excited about making my Classic TT debut on such a fabulous motorcycle and getting some more time on the TT Mountain Course.”

Classic TT Grandstand tickets are available now starting from as little at £5 with race day tickets priced at £20. VIP experiences, tickets for the Classic TT Party on Saturday 26thAugust the RST Classic TT Legends Dinner on Sunday 27th and the Classic TT Prize giving and Closing Party on Monday 28th August are all available to buy now at iomtt.com or our sales hotline on (00 44) (0) 1624 640011.