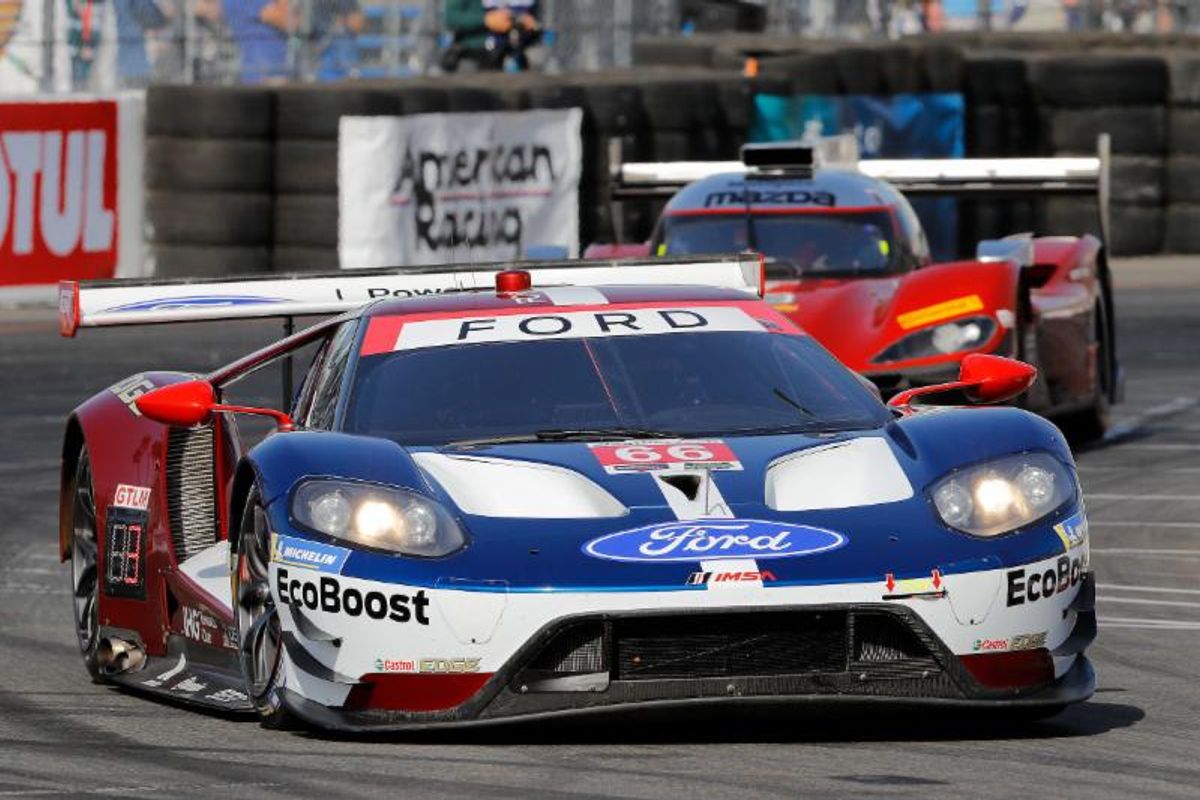 It was Hand’s second sports car pole at Long Beach, but his first in seven years. He started from the American Le Mans Series GT class pole in 2011 for BMW Team RLL, a race he went on to win alongside his current No. 66 co-driver Dirk Mueller. Overall, it was Hand’s 12th career IMSA pole position (five WeatherTech Championship, six ALMS and one GRAND-AM pole).

“We made some last-minute changes before qualifying,” Hand said. “We just kept tuning and tuning. Man, I work with the best team, Ford Chip Ganassi Racing. It took until the last lap. I didn’t get a good one until then, with low fuel. I knew it was the time to do it.

“I’m so happy. I love being at Long Beach. I love being on pole. My wife is here and so is my family. Look, there’s boats right there! How great is that?”

Starting second in GTLM will be Laurens Vanthoor, who looked like he’d be the class polesitter for much of the session. Vanthoor’s best lap was 1:17.013 (91.994 mph) in the No. 912 Porsche GT Team Porsche 911 RSR that he co-drives with Earl Bamber.

Starting third will be Patrick Pilet in the No. 911 Porsche, who turned in a best qualifying lap of 1:17.263 (91.697 mph). Pilet and co-driver Nick Tandy are looking for their second Long Beach GTLM victory in three years after winning the 2016 rendition of the BUBBA burger Sports Car Grand Prix at Long Beach.

Jan Magnussen, a three-time Long Beach pole winner, will start fourth in the No. 3 Corvette Racing Chevrolet Corvette C7.R he shares with Antonio Garcia. Magnussen turned in a best lap of 1:17.293 (91.661 mph).

Magnussen’s teammate, Oliver Gavin, rounded out the top five in GTLM with a best lap of 1:17.533 (91.377 mph) in the No. 4 Corvette C7.R. Gavin and his co-driver, Tommy Milner, are going for their second consecutive Long Beach victory in Saturday’s 100-minute race.