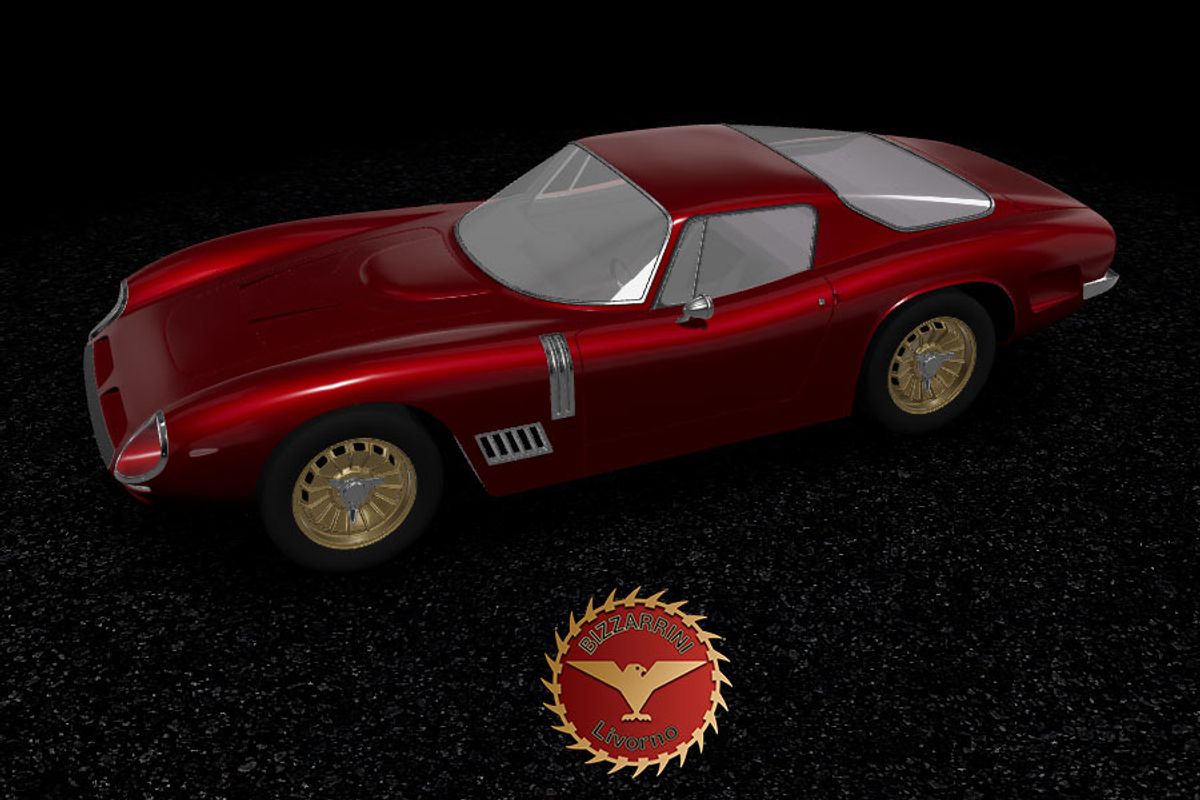 Racecar are pleased to launch the new Bizzarrini web site for the custodians of this iconic brand. Work included building a 3d model colouring tool so you can imagine what your 5300 GT stradale would look like in the colour of your choice.

PR below from Bizzarrini:

Bizzarrini is proud to announce that the Revival Series will mark a new chapter in Bizzarrini’s history with a re-birth of the car that crystallised the company’s legacy, the 5300 GT. No more than 24 examples of the 5300 GT Revival Corsa will be created and hand-built by an experienced team of craftspeople.

Developed as a high-performance variant of the Bizzarrini engineered A3C, the 5300 GT was designed by Giorgetto Giugiaro with refinements by Piero Drogo of Carrozzeria Sports Cars. Incorporating a tried and tested V8 engine, the 5300 GT was light, fast and reliable. Famed for its performance in the 1965 Le Mans 24 Hour Race, perhaps the most legendary 5300 GT is chassis 0222. That summer, French racing drivers Regis Fraissinet and Jean de Mortemart took the over 5-litre class win at Le Mans, finishing ninth overall. Not only did Chassis 0222 run the race at an average speed of 169km/h, Giotto Bizzarrini himself then drove the car back home to Northern Italy immediately after the race.

The 5300 GT Revival Corsa 24/65 encapsulates the spirit of a bygone age of high-performance race cars, and the thin line that Bizzarrini drove between road and track. Each car in the new series will be hand-built, with a lightweight composite body, as was the original car, over a light tubular steel frame. Inside, the two seats are protected by a race-grade roll bar and safety fuel cell; the car can be designed to meet FIA Specifications. Uprated independent rear suspension and allround disc brakes are paired with a period-specific 5300 cubic inch V8 with Weber 45 DCOE (Doppio Corpo Orizzontale E) carburettors developing between 400 and 480 horsepower. At just 975kg, the Bizzarrini 5300 GT Revival Corsa 24/65 has excellent power to weight ratio, ensuring its competitiveness in international historic racing.

The 5300 GT was also remarkable for its beauty. Throughout Giotto Bizzarrini’s career and the history of the marque that bears his name, emphasis was placed on engineering excellence, race car performance and beautiful design that married the two into a cohesive, inspirational whole. Impossibly low and voluptuous, with a rear screen that was practically horizontal, the 5300 GT’s cockpit was set within the flowing curves that extended from the faired-in headlights through to the pared back rear end. The bodywork is only broken by the deep vents for the engine and brakes, and the distinctively minimal twin front vents gives the car a characteristic face. While the 5300 GT Revival Corsa marks the beginning of the Bizzarrini revival, the marque’s stable will soon be joined by another car, a unique contemporary machine that combines the talents of two of the most famous names in Italian automotive history, Giotto Bizzarrini and Giorgetto Giugiaro. Giugiaro, author of the legendary 5300 GT – not to mention countless other iconic car designs – will shape a new Bizzarrini for a new era. The Bizzarrini project is a superlative high-performance sports car designed to honour its founder’s commitment to engineering excellence, pure forms and true automotive artistry. Powered by an iconic internal combustion engine, it is traditional at heart but timeless in its vision. Thanks to this historic reconnection with Giugiaro, Bizzarrini will once again become a byword for innovation, passion and truly beautiful design.

Giorgetto Giugiaro Biography
One of the world’s most influential automotive designers, Giorgetto Giugiaro was born into an artistic family in Garessio, Italy, in 1938. After studying art and technical design in Turin, he was recruited to Fiat’s Special Vehicle Design Study Department by Dante Giacosa at the end of his studies in 1955. In 1959 he was hired by Nuccio Bertone to join Stile Bertone, the styling division of the long-running Bertone family firm. At Bertone, Giugiaro was able to demonstrate his skills from a young age, creating futuristic visions for existing manufacturers. These designs were far ahead of their time. From Bertone, Giorgetto joined Carrozzeria Ghia in Turin, before he established his own studio, Ital Styling, with Aldo Mantovani in 1967.

The studio grew into one of the preeminent car design consultancies, Italdesign Giugiaro. Giugiaro’s visual approach evolved from curvaceous forms into a creased, sharp-edged design language that has proved remarkably enduring and influential. His skills can be seen in everything from supercars to mass market hatchbacks and highend industrial design. In addition to his pioneering work on Bizzarrini while at Bertone, Giugiaro also created the 1968 Bizzarrini Manta, a dramatic supercar that acted as a showcase for his new studio. In 1999, a panel of his peers named Giorgetto Giugiaro the Car Designer of the Century. In 2002, Giugiaro was inducted into the Automotive Hall of Fame. In 2015, Giugiaro and his son Fabrizio established GFG Style, a new consultancy dedicated to mobility design in all its forms.