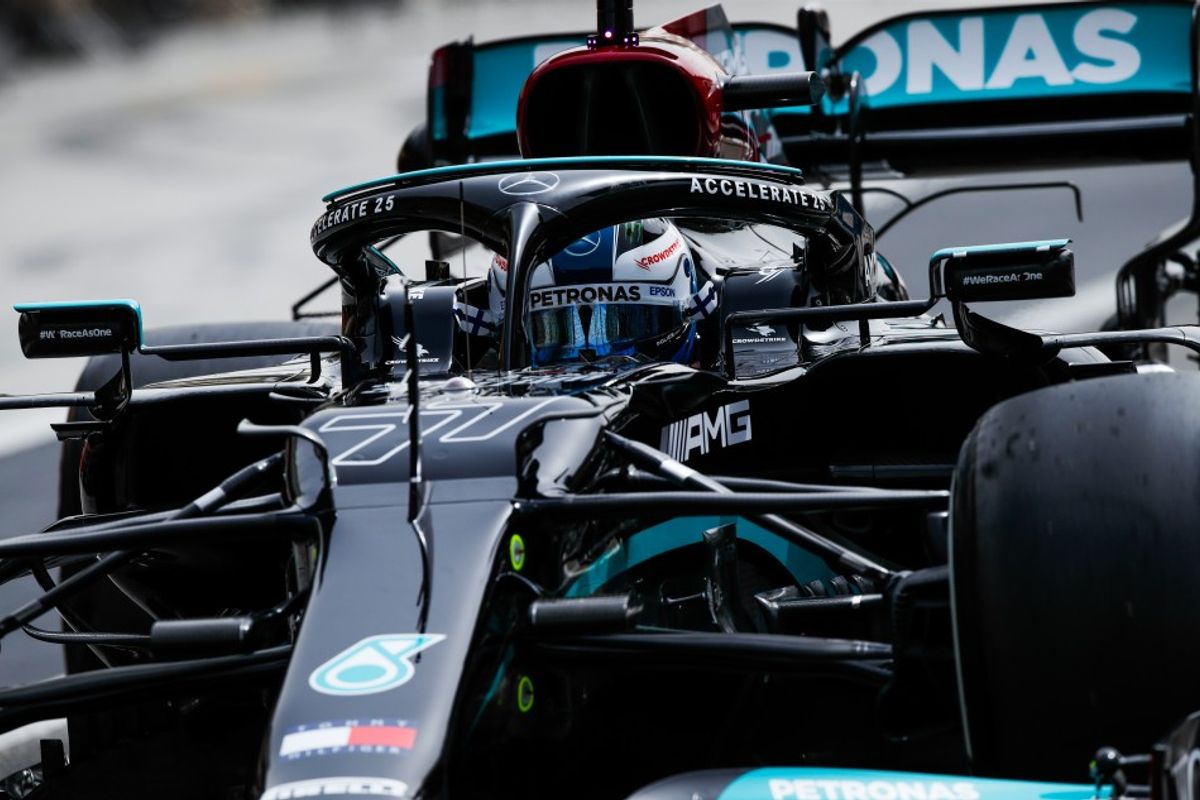 After troubles on the opening day of the three-day test, Bottas posted 58 laps in the afternoon on his way to the quickest time of the day. However, the Finn needed to bolt on a set of the softest tyres on offer, the red-banded C5 compound Pirelli, to dislodge AlpahTauri’s Pierre Gasly from top spot on the timesheet. Gasly too had used the C5 for his best time of the day and finished just 0.124 behind the Finn.

Earlier in the day Bottas’ team-mate Lewis Hamilton also enjoyed a more productive outing with the seven-time world champion also getting through 58 laps of the desert circuit in the morning session, despite an early off.

Hamilton, though, restricted himself to hard tyres during his running and finished the day in 15th place on the timesheet.

A number of drivers moved to soft-tyre running in the latter part of the afternoon session.

Aston Martin’s Lance Stroll took third place on the timesheet with a late run on C5 tyres, posting a best time of 1:30.460 to finish 0.171s behind Bottas.

Fourth place also went to a Mercedes-powered driver, with McLaren’s Lando Norris as little over a tenth behind Stroll with a best lap of 1:30.586. While the top three used the C5, Norris’ best time was delivered on the C4 compound.

Norris was followed by C5 runners Antonio Giovinazzi of Alfa Romeo and Ferrari’s Charles Leclerc, while Williams’ Nicholas Latifi finished seventh thanks to a C5 time of 1.31.672.

That was one thousandth of a second ahead of the eighth–placed Red Bull of Sergio Pérez, though the Mexican’s time was set on tyres three steps harder than those on the Williams man’s car.

Pérez spent the bulk of his running on the C2 hard tyre as day one’s quickest team focused on longer runs and an afternoon race simulation.

Pérez’s 117 laps weren’t without issue, however, and after briefly being restricted to the garage by a technical issue in the morning he was sidelined for a longer spell in the afternoon when the left side engine cover of his car blew off while on track. With debris strewn across the start-finish straight the session was red-flagged. Pérez later rejoined the action and completed his race run.

McLaren’s Daniel Ricciardo finished in ninth place, while Fernando Alonso, making his return to F1 with Alpine, finished in 10th place as he too focused on the C2 hard tyre.

AlphaTauri rookie Yuki Tsunoda was 11th on the timesheet ahead of Haas’ Mick Schumacher, the second Ferrari of Carlos Sainz and the second Haas of Nikita Mazepin.

There was trouble though for Aston Martin’s Sebastian Vettel as gearbox problems restricted him to just 10 laps in the morning and he finished in 16th and last place.