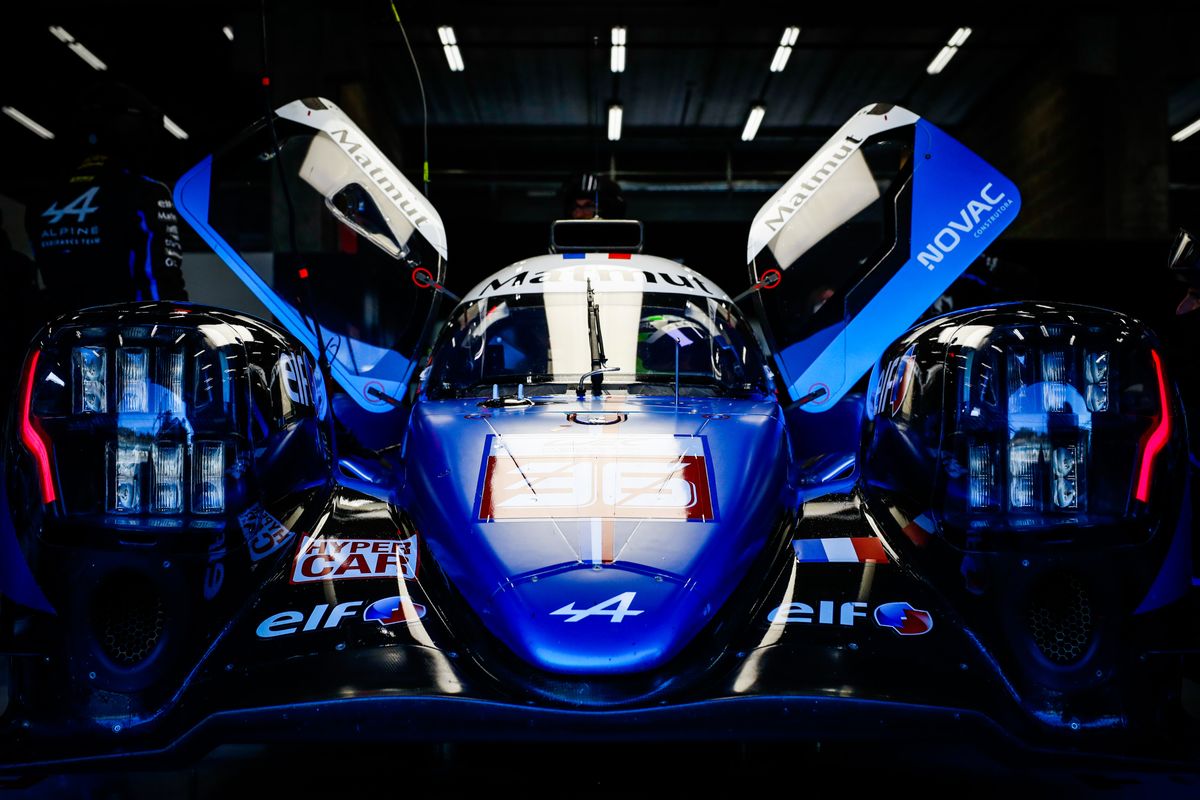 Gabriel Aubry has been named the Reserve Driver for the Alpine Elf Matmut Endurance Team during the 2021 FIA World Endurance Championship (FIA WEC) season. The Frenchman will replace Nicolas Lapierre, André Negrão or Matthieu Vaxiviere behind the wheel of the Alpine A480 in case of unforeseen circumstances.
Gabriel, who hails from Saint-Germain-en-Laye (France), will provide his experience to the Alpine Elf Matmut Endurance Team by assisting race drivers Nicolas Lapierre, André Negrão and Matthieu Vaxiviere.

The 23-year-old driver has proved his talent everywhere he has competed in motor racing. A title contender in the French F4 Championship, he went on to win in Formula Renault before making his endurance debut in the Alpine A470 at the 2017 Bahrain rookie test.

After winning the Asian Le Mans Series LMP3 title in 2018, the Frenchman finished second in the LMP2 category of the FIA World Endurance Championship in 2018 and 2019. Following a podium result in the 24 Hours of Le Mans in his second participation in 2019, Gabriel Aubry also starred in IMSA with a win at Watkins Glen and podium results in the 2019 12 Hours of Sebring and the 2020 and 2021 Daytona 24 Hours.

With his versatile profile and tremendous potential, Gabriel Aubry will combine his role as a Reserve Driver with a programme in LMP2 in IMSA and selected FIA WEC events.

Gabriel Aubry
"I'm really happy to join Alpine, especially for its return to the top-flight category. The team managed by Philippe Sinault had already allowed me to discover single-seaters and endurance racing. While Nicolas Lapierre helped me during the rookie tests in Bahrain, I will also reunite with Matthieu, with whom I scored a podium in the 24 Hours of Daytona, and André, with whom I have fought so hard over the last few years in LMP2. I will be with people I have known for many years yet with whom I have never had the opportunity to work with for a full season. I want to thank the Alpine Elf Matmut Endurance Team for including me in their projects. This Reserve Driver role allows me to discover the premier category by being at the heart of the team’s activities and observe its operations during testing, races and technical debriefings. I am sure that this experience will help my career in endurance racing while maintaining my driving skills with my LMP2 programmes in FIA WEC and IMSA. It's now up to all of us to work together and hopefully hear the Marseillaise on August 22!”

Philippe Sinault, Team Principal Alpine Elf Matmut Endurance Team
"We are delighted to have another talented and determined driver with us for our first campaign in the premier category. Gabriel and the team know each other extremely well as we had Formula 4 and LMP2 testing sessions together a few years ago and we always had the desire to work together. We thank him for taking on the role of Reserve Driver. It is a crucial position, but we do not doubt that he is serious, loyal and committed. We know that he will do absolutely everything to perform as soon as we need him.”