The 911 rally car offered here is unique among historic Porsches in so far as it has covered more competitive kilometres - equivalent to circumnavigating the world three times! - than any other product from the celebrated Stuttgart factory. It was built specifically for the 1977 London Sydney Marathon and crewed in that event by Polish rally ace Sobislav Zasada and co-driver Wojciecj Schramm. Since then it has competed in numerous other long-distance rallies including the Repco Reliability Trial around Australia (1979), Australian Safari Rally (1985 and 1988), Targa Tasmania (1996), London Sydney Marathon (2004), and the East African Classic Safari Rally (2005), as well as appearing at many of the most prestigious historic motor sports events. The car comes with a detailed 100-page illustrated history, written from the perspective of former Porsche factory driver and Le Mans winner, Jürgen Barth, who prepared and supported the car in period, which is essential reading for prospective purchasers.

Chassis number '9117600881' was manufactured early in 1976 and retained by the factory until March 1977 when it was supplied directly to Sobislav Zasada in order for him to compete in the London Sydney Marathon. Copies of Zasada's supporting correspondence and Porsche factory paperwork are on file (originals are in the Porsche Factory Archive). 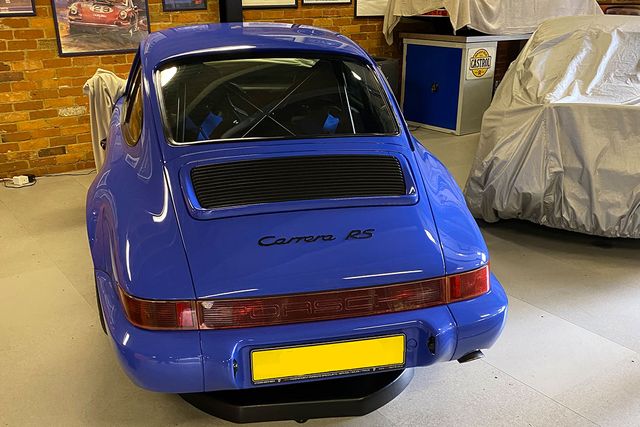