AS LECLERC SPINS TO SIXTH PLACE

Starting from pole position, Verstappen delivered a flawless performance to claim the second grand chelem of his career with pole position, fastest lap and race victory after leading every lap of the factory. In addition, the world champion claimed victory in Saturday’s Sprint to ensure he left Imola with a maximum weekend haul of 34 points.

When the lights went out, Verstappen got away well to power into the lead. Behind him, Leclerc got a poor start and that allowed Pérez to surge past the lead Ferrari on the run to Tamburello and claim P2. McLaren’s Lando Norris also slipped past Leclerc into Turn 1.

Behind the leaders, Sainz was slow away from his grid slot and he was put under pressure by Daniel Ricciardo in the second McLaren. The Spaniard took a wide line into the first chicane but alongside him, Ricciardo slid and he tagged the rear left wheel of Sainz’s Ferrari. Both spun into the gravel trap, but while the McLaren driver was able to crawl out to make his way back to the pit lane, Sainz was beached and he was forced to retire from the race and the Safety Car was released.

The Safety Car left the track at the end of lap four and Verstappen and Pérez controlled the start perfectly to hold on to the top two spots ahead of Norris who was defending hard from Leclerc. The Briton held off the Monegasque drive until lap seven but as they raced towards Tamburello, Leclerc closed in and breezed past the McLaren driver.

At the start of the following lap Verstappen was 3.2 seconds clear of Pérez, with Leclerc a further 2.7s further back. Norris now held fourth ahead of Magnussen and Russell, while Bottas was seventh ahead of Aston Martin’s Sebastian Vettel. On lap 13, though, Russell eventually made his way past Magnussen with a brave move around the outside in the Variante Alta to claim P5. Magnussen then slid marginally wide on the following lap and Bottas passed the Haas on the run down the hill to Rivazza 1.

At the end of lap 16 Ricciardo became the first driver to make the move to slick tyres and the Australian emerged on medium compound Pirellis. Vettel followed from P9. The team pitted Pérez at the end of lap 18 and he also took on medium tyres. He was followed by Russell, Bottas and Magnussen as Verstappen and Leclerc stayed on intermediates.

Verstappen and Leclerc pitted at the end of the next lap for medium tyres, but while Verstappen got away in a solid 2.3 seconds but Leclerc was stationary for 3.7s. Despite the lost time he rejoined ahead of Pérez. But with cold tyres, Leclerc couldn’t keep the Mexican at bay and Pérez got past the Ferrari into the Villeneruve chicane.

Leclerc wasn’t going to be dismissed easily, however, and he closed back up to Pérez and began to put the Red Bull driver under pressure. Pérez’s defence was immaculate, however, and over the following six laps he expertly frustrated the Ferrari driver’s attacks and then, on lap 24, put in the race fastest lap to find a gap of 1.4s to the Monegasque racer.

At half distance, Verstappen held the lead 10 seconds clear of Pérez. The Mexican continued to hold Leclerc at bay with the gap between the two sitting at 1.3 seconds, while Norris sat in fourth just under 15 seconds behind the sole remaining Ferrari.

The race then settled as the drivers set about keeping their medium tyres alive. On lap 43 Verstappen pumped in the fastest lap to extend his lead over Pérez to 11.7s, while Pérez went more than two tenths of a second quicker than Leclerc to widen his advantage over the Ferrari driver to 2.9 seconds.

Leclerc quickly passed Norris and the three leaders set off in pursuit of the point for fastest lap. Leclerc set a lap of 1:19.206 and closed on Pérez into the bargain. Pérez’s tyres quickly came up to temperature though and he was able to keep the Ferrari driver at bay even as Leclerc lowered the fastest lap benchmark.

But then Leclerc’s race came undone. Pushing to reel in Pérez, the Ferrari driver got too much kerb into Variante Alta and he bounced, spun and slid into the barriers on the exit of the corner. He managed to limp back to the pit lane for checks and a new set of tyres but by the time he rejoined he had dropped to ninth place.

Verstappen meanwhile was in cruise control and on lap 55 he claimed the fastest lap point with a lap of 1:18.446. Pérez was now 12.8s behind but a comfortable 14 seconds clear of Norris.

And after 63 laps Verstappen crossed the line to take his 22nd career win and a maximum points haul of 34 points. Pérez took the flag 15 seconds later to seal Red Bull’s first one-two finish since the 2016 Malaysian Grand Prix and Norris took his sixth podium finish with third place.

Despite come under heavy pressure in the final laps, Russell kept Bottas at bay to claim fourth place for Mercedes. Leclerc managed to claw his way back to sixth place at the flag ahead of AlphaTauri’s Yuki Tsunoda and Vettel, while Magnussen finished ninth for Haas and Lance Stroll claimed the final point for Aston Martin.

Sixth place in the race and second place in the Sprint mean Leclerc still leads the Drivers’ Championship standings with 86 point, but he is now just 27 points ahead of Verstappen who now has 59 points. Pérez sits in third place with 54 points, five ahead of Russell. In the Constructors’ Championship, Ferrari still lead with 124 but Red Bull’s one-two in Imola means it is now just 11 points behind the Scuderia, with Mercedes third on 77 points. 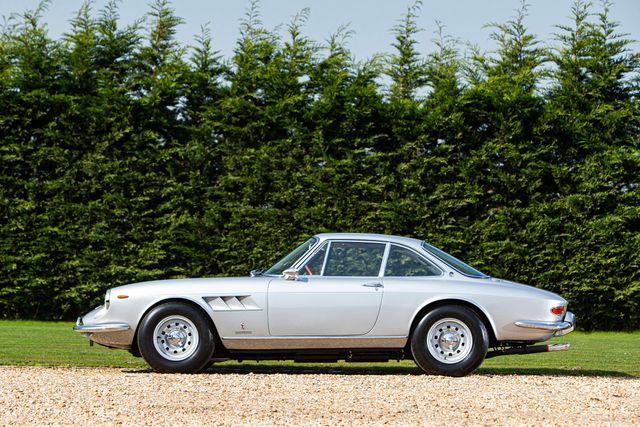