Early in Q1 Verstappen, who was still getting to grips with the new Miami International Autodrome after completing just 15 laps on a disrupted Friday, took top spot with a lap of 1:30.235 and he was quickly joined at the top of the order by Pérez who opened with a lap that left him half a second off his team-mate’s pace.

However, with just over seven minutes left in the session, Ferrari’s Charles Leclerc vaulted to the top of the timesheet with a lap of 1:29.474, with team-mate Carlos Sainz in P2, sixth tenths behind the Monegasque driver. Behind them the McLarens of Daniel Riccirado and Lando Norris took third and fourth respectively.

Verstappen was on another push lap, however, and when he next crossed the line he jumped up to P2, 0.362 behind Leclerc. Pérez then moved up to fourth behind Sainz thanks to a lap of 1:30.246.

With two minutes to go Mercedes’ Lewis Hamilton was the biggest potential casualty of the session, with the seven-time champion lying in 18th place. However, despite traffic in the early part of his lap, the Briton rose to fifth as the chequered flag came out.

At the top of the order Pérez went for another lap at the end of the session, and as Leclerc claimed P1 ahead of Verstappen, the Mexican improved to third place ahead of Sainz with a lap of 1:30.55.

There would be no place in the second segment though for Haas’ Kavin Magnussen, the Dane being eliminated in 16thplace ahead of Alfa Romeo’s Zhou Guanyu and the Williams cars of Alex Albon and Nicholas Latifi. Alpine’s Esteban Ocon didn’t take part in the session having damaged his chassis in a crash in the final practice session.

Verstappen again took top spot at the end of the first runs of Q2 with a lap of 1:29.202, 0.471s ahead of Pértez who was in turn five hundredths of a second ahead of Sainz, with Leclerc in fourth.

In the final runs of the segment, Norris jumped from the elimination zone to split the Bulls and take third place and Pérez went through to Q3 in fourth ahead of Sainz. Alfa Romeo’s Valtteri Bottas progressed in sixth place ahead of Hamilton and Aston Martin’s Lance Stroll. Alpha Tauri also made it to the final top-10 shootout, with Yuki Tsunoda in P9 ahead of team-mate Pierre Gasly.

In the opening runs of Q3, Verstappen took provisional pole with a lap of 1:29.991. That put him just over six hundredths of a second ahead of Leclerc with Sainz third. Pérez slotted into fourth place.

But in the final runs it was Leclerc who found the most pace and the Ferrari driver took his third pole position of the season with a lap of 1:28.796. Sainz looked like he might challenge for his maiden pole as he went quicker than his team-mate in the opening two sectors. The Spanish driver took too much out of his tyres though and when he crossed the line he found himself in P2 just under two hundredths of a second off P1. Verstappen made a mistake in Turn 6 that compromised his final attempt. He backed out of the lap and had to settle for third place on the grid.

Behind them Bottas slotted into fourth place, but Checo was finding more time and the Mexican’s final lap of 1:29.036 put him next to Max on row two ahead of the Finn. Hamilton meanwhile took sixth for Mercedes ahead of Gasly, Norris, Tsunoda and Stroll. 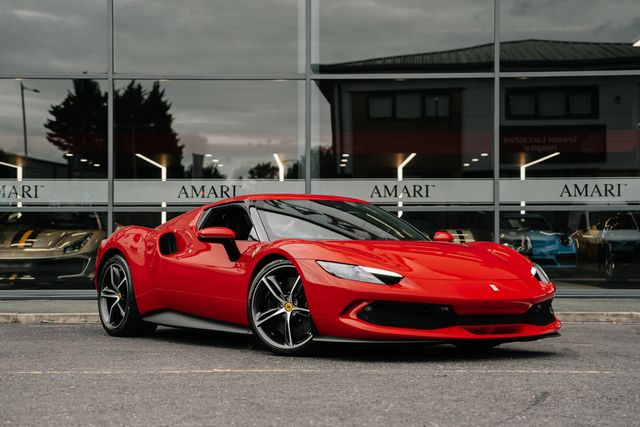