Morning has broken at Le Mans with the transition from night into day seeing a change at the top with the No.8 Toyota now in full charge and action aplenty in the LMGTE Pro class.

The #7 Toyota stopped on the track for a power cycle but had to return to the pits for more of the same in a longer than the hoped-for process which left it a lap adrift of its #8 sister Toyota GR010-Hybrid Hypercar.

A fierce battle in LMGTE Pro first saw the lead #92 Porsche GT Team dropping from the lead to the penultimate position. Then drama approached the final quarter of the race as the #64 Corvette Racing C8.R was nudged towards the barriers following a three-abreast situation into Mulsanne with the #83 AF Corse and #47 Algarve Pro Racing.

LMP2 continues to see No.38 JOTA Oreca-Gibson with a large lead ahead of No.9 Prema Orlen Team running through the night in this order.

#33 TF Sport Aston Martin Vantage AMR leads the LMGTE Am class at the three-quarter distance with Henrique Chaves at the wheel, with the class lead changing through the night.

Toyota battle tempered by elongated power cycle process for the #7 GR010 Hybrid Hypercar, taking place both on track and then in the pit lane, dropping it a lap against the sister #8 car.
Brendon Hartley is at the wheel of the #7 and José María López piloting the # 7 with six hours to go.
#709 Glickenhaus 007LMH is unperturbed in third in class, three laps off the second Toyota and four laps ahead of its sister #708 Glickenhaus, which sits sixth overall. Ryan Briscoe is in the #709, Olivier Pla in the #708.
#36 Alpine ELF Team remains fifth in class but with an off approaching the three-quarter distance with Matthieu Vaxiviere caught out by the #86 Porsche and traversing the gravel for barrier contact and front-left car damage
André Negrão is at the wheel entering the final quarter, running 29th overall.

#51 AF Corse leads the class at the three-quarter mark with Alessandro Pier Guidi at the wheel, 15-seconds ahead of the #91 Porsche GT Team with Frederic Makowiecki at the wheel.
The #91 AF Corse is third in class with Antonio Fuoco in the driving seat a lap further adrift.
#92 Porsche GT Team car suffers a puncture just after 07:30 following a run through the gravel. The front right tyre delaminated and took out front bodywork. Long, slow lap back and repairs drop the car to last in GTE Pro pack, with only the #63 recovering from its earlier suspension breakage Corvette behind it.
#64 Corvette led approaching the three-quarter distance mark with an earlier great dice with the #51 AF Corse Ferrari. Alexander Sims in the Corvette nearing the 18-hour mark, with James Calado at the #51 wheel, just over a minute adrift, then disaster!
Three abreast coming into Mulsanne, the #64 being passed by the #83 AF Corse and #47 Algarve Pro Racing.
The #83 with Francois Perrodo at the wheel clips the rear right of Sims, who spears into the barriers and out of the race. Perrodo had John Falb in the #47 car on his other side at the time, with the Algarve car closing the gap.
No.83 was given a three-minute stop/go penalty for the incident

#38 JOTA with Will Stevens at the wheel is now a lap ahead of the #9 Prema Orlen Team with Louis Deletraz at the controls.
The #28 JOTA places third position with Olivier Rasmussen in the hot seat but is almost 90 seconds further back.
Nyck de Vries continues to lap swiftly in the #13 TDS x Vaillante Oreca-Gibson and has moved into fourth place having cleared several cars
Yifei Ye is aboard the Cool racing entry as it places fifth ahead of the WRT entry driven by Robin Frijns which loses time after an incident
Frijns engages in battle for sixth in the category with the Team Penske entry driven by veteran Emmanuel Collard and quickly despatches the yellow Oreca-Gibson
United Autosports run eighth and ninth in class as the #23 leads the #22 machine
Algarve Pro Racing entry of Rene Binder, Steven Thomas and James Allen takes up the lead of Pro/Am division as ARC Bratislava slips down the order

Aston Martin to the fore in the LMGTE Am class as #33 TF Sport machine holds lead it gained in the early hours
Henrique Chaves is in the cockpit of the newly liveried red Aston Martin Vantage and enjoys a 1m40s lead
Hardpoint Motorsport Porsche 911 RSR-19 places second as Martin Rump continues his impressive rookie Le Mans but is under pressure from the No.79 WeatherTech Racing Porsche 911 RSR-19 in third
#98 Northwest AMR Vantage is in the mix for a podium as Paul Dalla Lana climbs aboard in the 18th hour and places fourth but is right with second and third in pit-stop cycles
Fifth sits the #77 Dempsey Proton Porsche entry of Christian Ried who is a lap is ahead of the sixth-placed #54 AF Corse Ferrari driven by Francesco Castellacci 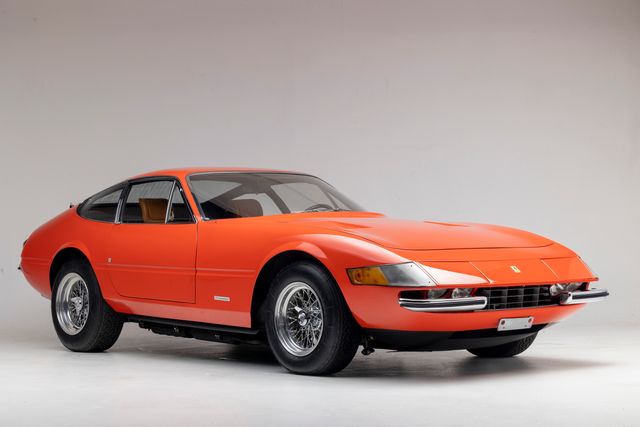