With less than 3 weeks to go until this year’s Classic Nostalgia weekend, organisers have announced more details of what is sure to be an unforgettable weekend at Shelsley Walsh. The flagship event returns to the famous Worcestershire hill climb on 16-17 July, and will feature a major celebration of BRM’s victory in the 1962 Formula 1 World Championship.

Secured by Graham Hill’s win in the season-ending South African Grand Prix, it was the first time that a British driver had won the Championship in an all-British car, and no fewer than 20 BRMs and BRM-engined cars will be at Shelsley Walsh in order to mark the historic occasion. Eight of those will take part in parades up the hill, led by the first of the continuation P15s. The sound of its 1.5-litre V16 engine reverberating around the Teme Valley is sure to be a highlight.

Also confirmed for Classic Nostalgia are the National Motor Museum’s original P15 V16 Mark I, plus the ground-breaking Rover-BRM gas-turbine car that competed in the Le Mans 24 Hours in 1963 and 1965. They will be joined by an ex-Graham Hill P48 that enjoyed considerable success at Shelsley Walsh in the hands of six-times British Hillclimb Champion Tony Marsh. On 27 August 1961, Marsh drove this very car – chassis number 48/4 – to a new hill record of 34.41 seconds.

There will also be an example of BRM’s final front-engined Grand Prix car – the handsome P25 – plus a Cooper-BRM Formula 2 car and the Willment-BRM sports-racer. One of the extremely rare BRM-tuned Lotus Elan road cars – brainchild of Formula One ace Mike Spence – will be at Classic Nostalgia too, as will a Hillman Avenger BRM rally car and the monstrous P154 which raced in the Can-Am series by Mexican ace Pedro Rodriguez.

Special guests will include members of the Owen family, which backed BRM via the industrial might of Rubery Owen, plus former drivers Howden Ganley, Richard Attwood and Mike Wilds. Team members Dick Salmon – who worked with the likes of Juan Manuel Fangio, Mike Hawthorn and Graham Hill during his long BRM career – John Sismey and Ben Casey will also be at Shelsley Walsh.

Celebrating BRM
A blue plaque will be unveiled on Sunday 17 July to honour BRM’s historic success, and will be a permanent feature directly beneath a similar plaque celebrating the achievements of Raymond Mays. Having founded ERA during the 1930s, patriotic racer Mays went on to establish BRM following World War Two – and the most famous of his ERAs will be returning to its spiritual home.

R4D has a special place in the affections of enthusiasts, and in Shelsley history. It was effectively a works development car and was built in 1935 as R4B, before being upgraded to a C-type specification a year later. It finally became R4D when a lighter chassis was introduced for 1938. Mays extensively campaigned R4D either side of the war, and it set Best Time of the Day at Shelsley 16 times between 1935 and 1956. It will return for Classic Nostalgia with Ben Fidler behind the wheel.
MORE INFO & TICKETS

Battle of Britain Memorial Flypast
Everyone’s attention will turn to the skies above Shelsley Walsh as the Battle of Britain Memorial Flight stages an evocative flypast on both days of the Classic Nostalgia weekend. On Saturday, its fabulous Avro Lancaster will be rumbling overhead and treating visitors to the unmistakeable noise of its four Rolls-Royce Merlin engines, and it will be followed on Sunday by the iconic Supermarine Spitfire.

The Battle of Britain Memorial Flight has as its motto ‘Lest We Forget’, and its mission is not only to commemorate those who have fallen in service of their country, but also to inspire and educate future generations.

Great cars, famous names
Back at ground level, Ian Barkaway will take to Shelsley Walsh aboard the Metro 6R4 that was driven by the late, great Colin McRae on the 2006 Donegal International Rally. Barkaway will be giving competition prize winners a blast up the hill in the V6-engined pocket-rocket – raffle tickets cost just £2 each and are available to purchase from the Midlands Air Ambulance stand. The raffle will be drawn each day at 3pm, and all proceeds will be donated to the Midlands Air Ambulance.

Gregor Marshall – son of tin-top legend Gerry – will be taking part in a special parade featuring several notable cars from his father’s long career. Gregor will take to the hill in the Austin Cooper S that won its class in the 1965 Snetterton 500km, alongside a Group 1 Vauxhall Magnum and the fearsome Magnum Super Saloon known as the John Pope Special, which is fitted with a twin-turbocharged Aston Martin V8 engine!

Ralli22 will be returning to Shelsley Walsh with a selection of Group A, Group B and WRC machinery, while triple Motoring News, BTRDA and Welsh Championship-winning rally driver Mick Briant will be reunited with his 1969 Ford Escort Twin Cam.

The all-new Ecurie Ecosse LM-C will make its Classic Nostalgia debut, where chassis number EE001 can be seen in action for the first time with Mike Wilds behind the wheel. Visitors will also be able to see the prototype Surtees TS15 Formula 2 car will be driven by Ian Skinner, who was a mechanic for John Surtees for more than 35 years.

Stephen Hepworth will demonstrate the four-wheel-drive Hepworth FF, more than half a century after his father David became the first driver to break the 30-second barrier at Shelsley Walsh, and an ex-Elio de Angelis 1979 Shadow DN9B Formula 1 car will also be tackling the 1000-yard hill.

Entries are welcome from any concours-worthy car, with priority given to those with significant provenance and rarity. There will be four classes to be judged: Pre-World War Two, 1949-1959, 1960-1985 Saloons, and 1960-1985 Sports/GT, plus a Spirit of the Day award for an entry that may not be in top concours condition but is outstanding in its own special way.

First, second and third in each class will get to parade up the hill. The overall winner receives a silver salver on the start line, a Classic & Sports Car magazine subscription, and is invited to display their car on the Midland Automobile Club’s stand at the Lancaster Insurance Classic Motor Show, NEC Birmingham in November. Advance booking recommended to guarantee a place in the Concours.

Enter your pre-1985 classic
There will be preferential ‘pole position’ parking for all pre-1985 vehicles – allowing owners to pre-book a place right at the heart of the event.

Car Clubs
Classic Nostalgia has become a firm favourite for car club gatherings, and this year more than 30 clubs have registered their attendance. Several will be commemorating significant anniversaries within their display areas, including Club Alpine Renault, which will be marking the centenary of Alpine founder Jean Rédélé. The MGB Register, meanwhile, will celebrate the 60th anniversary of the MGB. All registered clubs get to have their own designated display area in the heart of the event, and trophies are awarded for Best Car Club Stand.

Who doesn’t love a party?
Get your dancing shoes on for a party in the Courtyard with live bands throughout the weekend – from swing, rock ’n’ roll, rhythm and blues, and Motown to a Beatles tribute act!

Something not to be missed is the Ken Fox Wall of Death stunt show, which will be making its Shelsley Walsh debut. As seen on Channel 4 with Guy Martin, the Fox family have been touring and entertaining since the 1920s with their Wall of Death. The riders perform incredible stunts and acrobatics around the 20ft vertical wall on their vintage Indian Scouts. The noise, the speed, the smell and the proximity of the bikes to the top of the wall – barely six inches from the audience – is breath-taking.

Trade Stands
In addition, there will be a fashion competition for the best dressed sponsored by Piston Gin and trade stands selling everything from clothing and accessories to motoring books, art, photography and memorabilia.

The perfect venue
First used in 1905 and in continuous use ever since, Shelsley Walsh is the oldest motorsport venue in the world that still features its original course.

Known throughout the motoring world for its unique atmosphere, Shelsley allows enthusiasts to get close to the action as well as the cars and drivers. General admission tickets for Classic Nostalgia are ‘access all areas’, allowing visitors to walk around the paddock and soak up the wonderful atmosphere. 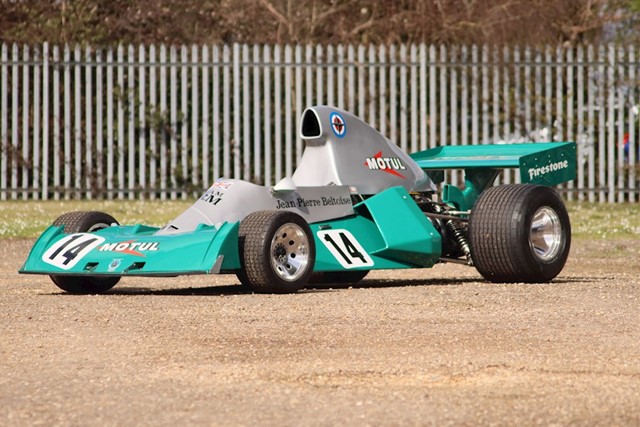