After six months, five rounds and 10 races across four countries, the Fanatec GT2 European Series Pro-Am title fights goes down to the wire in the season finale in France this weekend, 16-17 October, at Circuit Paul Ricard.

The crews couldn’t be more evenly matched in the title battle, each sharing four wins and two second places, whilst Saelens and Longin also hold a brace of third-place results. But the title fight will have a twist, with the lowest points-scoring round for each entrant yet to be deducted from the overall total.

Consequently, this is a title fight that could run right up to the final laps of the season in the South of France.

What’s more, whilst Henry Hassid sewed up the Am championship title last time out in Valencia, Spain, second in the standings is far from decided between Porsche racers, LP Racing’s Leonardo Gorini and Ebimotors’ Gianluca Giorgi.

It’s been a ding-dong battle for the Pro-Am spoils all season and the penultimate round in Spain did little to set apart the competition. A slick race one win in the #11 Audi helped Saelens and Longin to break free from the tie on points, only for Rosina and Sladecka to level up with their fourth victory of the season for the #16 KTM X-BOW in race two.

Each team will need to be on race-winning form at Circuit Paul Ricard to clinch the crown. But they are far from the only crews capable of taking the top step of the podium this weekend.

A growing force as the season has progressed, Brabham Automotive Factory Racing’s Anders Fjordbach and Kevin Weeda proved their race-winning pedigree in Misano and have since notched up another two podium finishes. They’ll be looking to achieve the same again in the BT63 GT2 Concept to overhaul Peter Guelinckx and Bert Longin for fourth in the standings.

The second PK Carsport Audi duo, Guelinckx and Longin have been frequent visitors to the podium this year, with a brace of second places and four third-place finishes, the #81 car is hungry for to finish the year with a win.

Race one winners in the opening round at Imola six months ago, Aurelijus Rusteika and Michael Vergers should also be considered a threat in the High Class Racing Audi, as they equally seek to dislodge the Brabham duo in the title table.

LP Racing’s Luca Pirri made a welcome return to the Fanatec GT2 European Series rostrum in Spain and the Team Principal reunites with Stéphane Ratel, SRO Motorsports Group Founder and CEO, for the final outing of the season.

All eyes on the fight for second in Am

Henry Hassid was crowned 2022 Am champion with a round to spare, thanks to double class victories in Spain. The Frenchman will still be looking to finish his season on a high on home ground.

Whilst the title is decided, all eyes will be on the fight for second, where a single point separates LP Racing’s Leonardo Gorini and Ebimotors entrant Gianluca Giorgi. With the latter forced to miss the trip to Spain in September, Gorini‘s third and fourth place finishes give him the edge, but Giorgi will be back in full force with teammate Alessandro Baccani.

Fourth in the title table, Elia Erhart and teammate Michael Doppelmayr will be missing the season crescendo, giving the fight for second some breathing space. Sitting just 28 points off the fight for third, True Racing by Reiter Engineering’s Hubert Trunkenpolz and Klaus Angerhofer are a serious threat off the back of their second place in the penultimate encounter.

The new pairing of Sehdi Sarmini and Kris Rosenberger, who only joined forces halfway through the season, scored the first podium with third last month. The #16 KTM X-BOW crew could well upset the rostrum in the final round.

The Fanatec GT2 European Series final season showdown begins on Friday, 16 October with two hours of free practice at 08:40 and 14:20 in preparation for qualifying at 18:40. The championship battles will be concluded in two 50-minute races at 09:30 and 18:00 on Saturday, both of which will be streamed live via gt2europeanseries.com or GT World on YouTube. 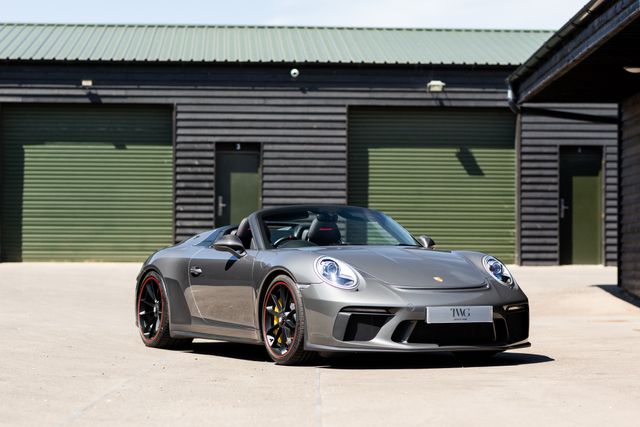