Design by Ferdinand Porsche / Restoration honours the past

100 years ago: The Austro-Daimler ADS R won the Targa Florio on 2 April 1922 against strong competition in the smallest displacement class, taking class victory.

At Porsche, there has always been a tradition of building small, lightweight sports cars with innovative technology. Another common thread that weaves through the company’s history is the sports car manufacturer’s custom of proving its innovations in motor racing before they go into series production.

It was exactly one hundred years ago that Ferdinand Porsche, then Head of Development and Production at Austro-Daimler, used the extreme demands of motorsport to demonstrate his ideas. And with success: the Austro-Daimler ADS R won the Targa Florio on 2 April 1922 against strong competition in the smallest displacement class, taking class victory in the mountains of Sicily.

With the Austro-Daimler ADS R, the then 46-year-old Ferdinand Porsche placed his faith in the principle of the power-to-weight ratio, to this day a defining feature of all sports cars from Zuffenhausen. A century later, a team from the Porsche Heritage and Museum department undertook the restoration of this historic car.

Sascha was ahead of its time when it was developed more than a hundred years ago. The detailed text on the origins and history of the Austro-Daimler ADS R Sascha and on the restoration of the oldest vehicle in the Porsche Museum handed over to its youngest employee.

In the future, the Porsche Heritage and Museum department will also be able to present the "Sascha" dynamically at events. 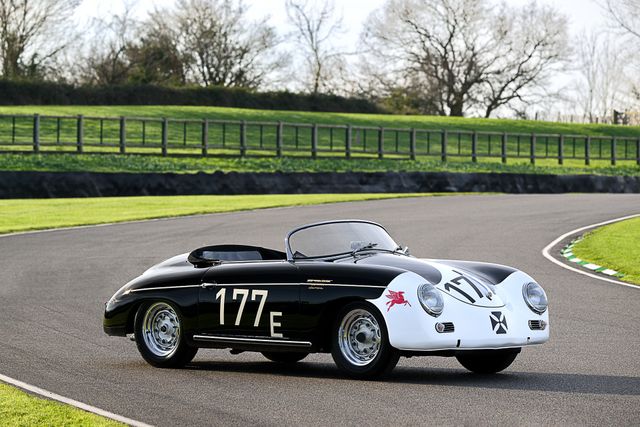