At the upcoming Nürburgring Endurance Series (NLS) race, Falken Motorsports is heralding the future: The Japanese tyre brand will not only send one of the well-known Porsche 911 GT3 R into the race, but also its future successor, the latest model based on the 992 model generation. As in 2018, when Falken Motorsports competed with the current model for the first time, the new vehicle will shine in the eye-catching "Erlkönig design" at the PAGID Racing 46th DMV Münsterlandpokal.

For four years, Falken Motorsports successfully competed in the Nürburgring Endurance Series (NLS) and the 24h race with the current model generation of the Porsche 911 GT3 R (Type 991.2). During this time Falken celebrated numerous successes, most recently at the new 12h race: Joel Eriksson, Jaxon Evans, Sven Müller and Alessio Picariello triumphed in commanding fashion after a thrilling race. It was Eriksson and Müller who already won the ROWE 6h ADAC Ruhr Cup race with one of the two Falken Porsches.

Added to this are numerous podium finishes, four in the past year alone. Falken also impressed at the legendary 24h race with several top 10 finishes and fourth place as the best Porsche at the 2021 edition.

Falken and Porsche have been working together successfully since 2011; initially with the GT3 model based on the 997, and since 2018 with the current 991. Now the next generation follows. Compared to its predecessor, the new model has been revised once again. The naturally aspirated 4.2-liter boxer engine produces up to 565 hp (previously 550 hp), depending on the BoP rating, and the body has also become lighter thanks to increased use of carbon. The aerodynamics have also been refined to achieve even higher downforce with optimum balance. The sequential 6-speed gearbox, which already did its job in the predecessor, is responsible for power transmission.

All in all, the new Porsche 911 GT3 R impresses with a plus in performance combined with simplified operating conditions. The aim of the further development was to make the race car permanently competitive in endurance races as well. Fans will see how the new GT3 bolide with Falken tires performs on the Nordschleife on October 22, 2022, at the eighth round of the Nürburgring Endurance Series.

The new model in the Erlkönig look will be driven by Klaus Bachler and Julien Andlauer (#4). Martin Ragginger and Tim Heinemann take turns in the proven 991 model with the starting number 3. 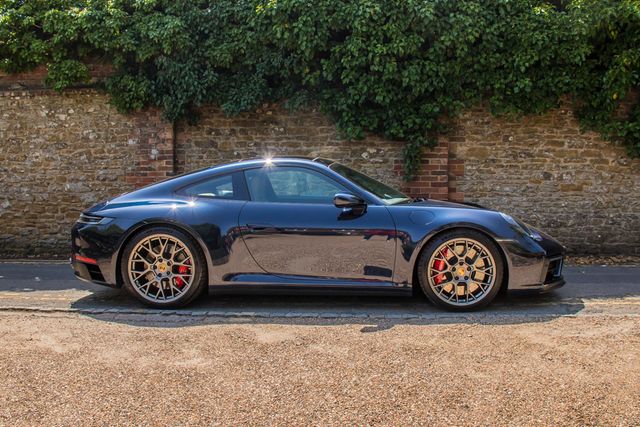