Porsche in the hunt for WEC 2021 title at Spa classic 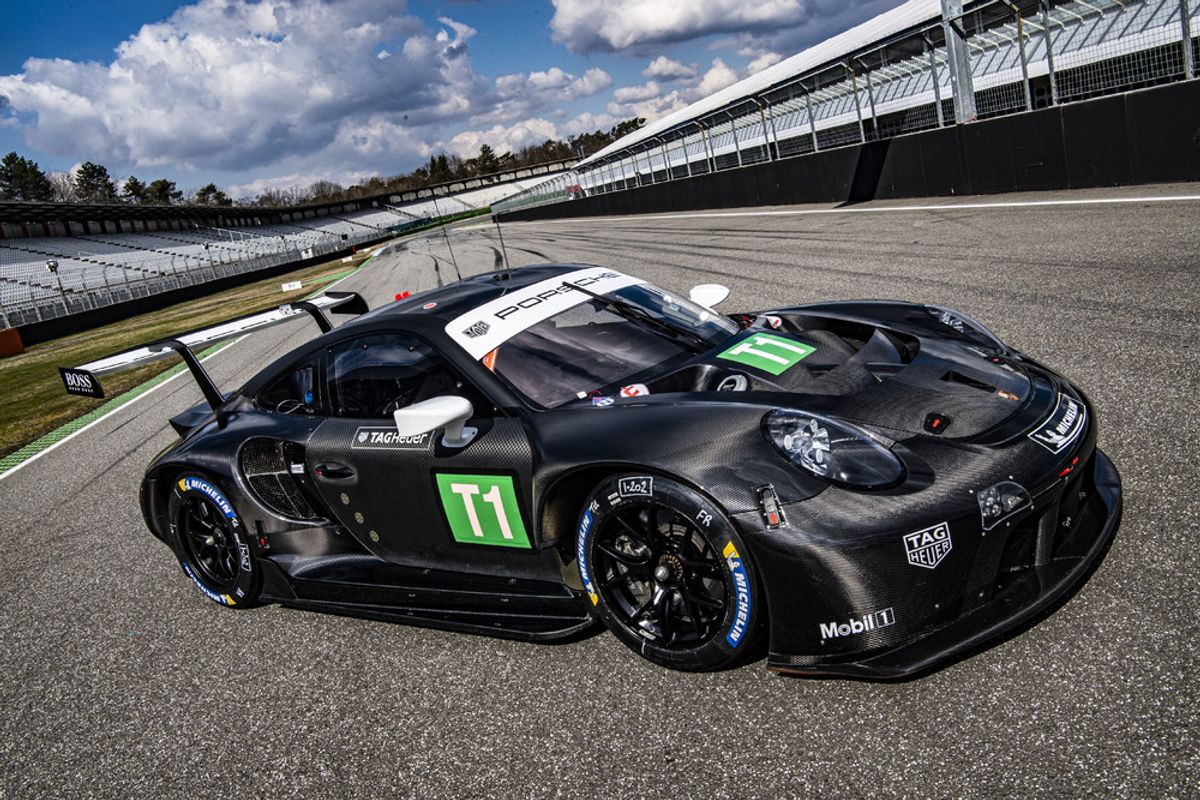 The Porsche works team tackles the opening round of the FIA World Endurance Championship at Spa-Francorchamps on 1 May with two 911 RSR. For the six-hour race in the Ardennes region of Belgium, the factory drivers Gianmaria Bruni from Italy and Richard Lietz from Austria share the cockpit of the ca. 515-hp GT racing vehicle with the starting number 91. The crew in the identical No. 92 sister car has changed from previous years: this season, Frenchman Kévin Estre, the 2018/2019 WEC champion, shares the vehicle with Neel Jani. In preparation for his WEC mission with the Porsche 911 RSR, the experienced Swiss racer contested the final round of the 2020 IMSA WeatherTech SportsCar Championship in Sebring and took part in extensive tests.

“We’re thrilled that the management of the World Endurance Championship has succeeded in putting together a racing calendar with six events – despite the ongoing restrictions caused by the global pandemic. Our factory squad is ready to take up the hunt for FIA WEC crown. I’m very much looking forward to the upcoming duels, especially between Porsche and Ferrari,” says Fritz Enzinger, Vice President Porsche Motorsport.

The race
The Circuit de Spa-Francorchamps is located in the far east of Belgium close to the German border. Opened in 1921, the 7.004-kilometre racetrack is the longest dedicated racetrack on the FIA WEC calendar. With 21 corners and several long straights, the track undulates through the Walloon countryside – not surprisingly, the circuit is also known as the “Ardennes rollercoaster”. Fast passages like Raidillon/Eau Rouge and Blanchimont are as notorious as the La Source hairpin at the end of the start-finish straight.

“Our team has prepared meticulously for the 2021 season. With a top result at the opening round in Spa-Francorchamps, we’d like to send a clear signal from the very start that there can only be one goal for us: to win the world championship,” clarifies Pascal Zurlinden, Director Factory Motorsport. “Our class win in 2020 at the first round in Belgium clearly underlined that the latest version of the Porsche 911 RSR suits the special characteristics of the ‘Ardennes rollercoaster’ very well,” explains Alexander Stehlig, Head of Operations FIA WEC. “During test drives at Hockenheim, among other venues, we gave our teams and cars the final touches. At the two-day prologue in Spa, we’ll do our utmost to find the best setup for the special characteristics of this track. We’re ready to race!”

Before the start of the race weekend at Spa-Francorchamps, a so-called prologue will be held at the venue. Porsche and its customer teams take part in the two-day test session on 26 and 27 April with a total of seven 2019-generation 911 RSR.

The Porsche GT Team drivers
In the No. 91 Porsche 911 RSR, the works team relies on Gianmaria Bruni and Richard Lietz for the third year in a row. In 2019, the experienced pair won the season-opening round at Silverstone in Great Britain. Kévin Estre, who shares driving duties in the No. 92 car with Neel Jani, travels to Spa-Francorchamps as last year’s winner. Last season, the Frenchman also won the finale in Bahrain and concluded the year ranking third. Jani returns to the WEC after competing for the Porsche TAG Heuer Formula E Team.

The customer teams
Dempsey-Proton Racing fields two Porsche 911 RSR at the start of the WEC season. Works driver Matt Campbell from Australia joins forces with the team owner Christian Ried (Germany) and the former Porsche Junior Jaxon Evans from New Zealand. Andrew Haryanto from Indonesia, German Marco Seefried and Alessio Picariello from Belgium have been announced as the drivers in the No. 88 sister car. The German customer team Project 1 also campaigns two 911 RSR in all six events this season. The squad from the German town of Lohne in Lower Saxony tackles round one with the Norwegians Dennis Olsen and Egidio Perfetti as well as the Italians Matteo Cairoli and Riccardo Pera. The all-British driver crew, Michael Wainwright, Ben Barker and Tom Gamble, compete for GR Racing in the No. 86 car.