Jessica Backman injects a dose of 'girl power' into RX2 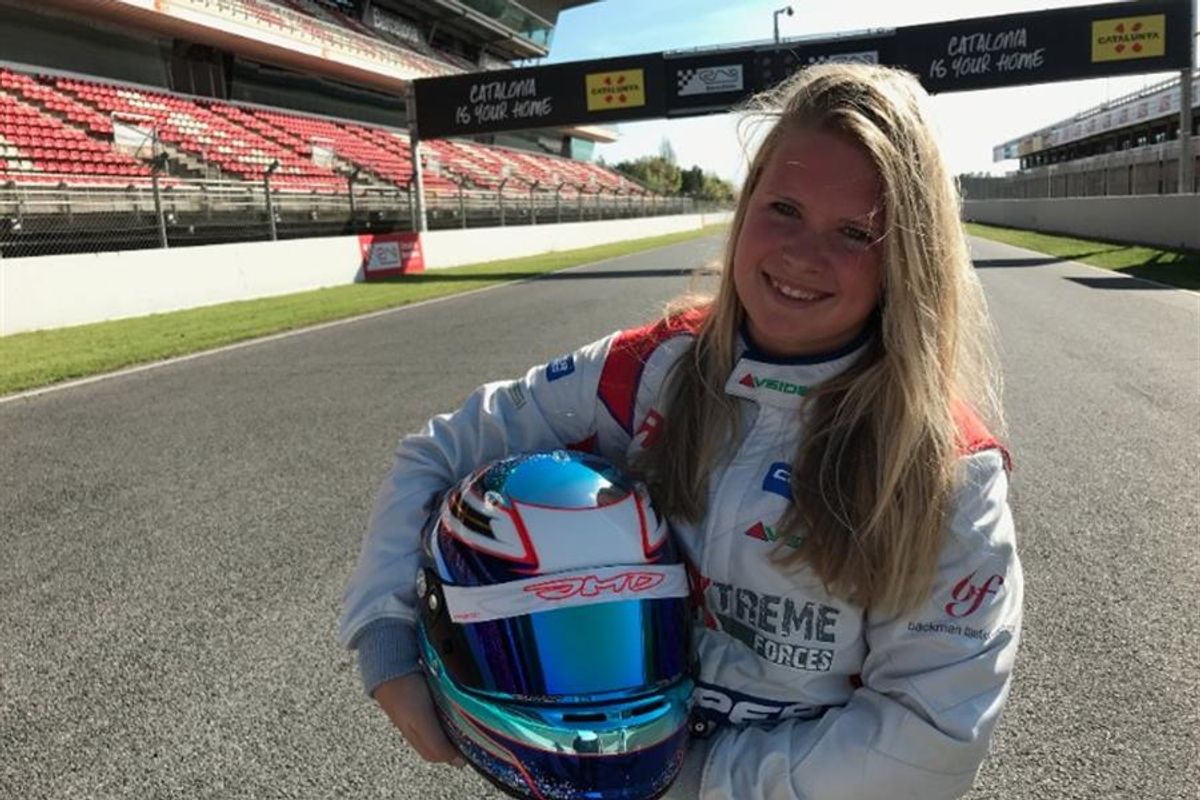 Jessica Bäckman has the podium in her sights as she joins the RX2 International Series presented by Cooper Tires in 2017, teaming up with Scandinavian powerhouse Olsbergs MSE for her first season out of karts.

Bäckman has been consistently grabbing her share of the spotlight in recent years, going undefeated en route to the Swedish Karting Championship Junior 125cc class title in 2012 and finishing as the highest-placed female in the KF2 World Championship in both 2014 and 2015.

The 19-year-old Swede has similarly shone in the International Winter Cup and International Open. After announcing her RX2 participation during the pre-season FIA World Rallycross Championship Media Day in Barcelona in tandem with older brother Andreas, she revealed her objectives for the forthcoming campaign.

“A lot of drivers go from karting to circuit racing, but that has never been of interest to me,” Bäckman explained. “Our uncle competed in rallycross for many years and we followed him around from a young age, so I guess this was always going to happen. It must be in the blood!

“Andreas and I have never raced against each other much – we’ve always tried to avoid direct competition in karting – so this year will certainly be something new in that respect. We have a very good relationship so of course we will work together to try to help each other to progress, but at the end of the day, I want to beat him and he wants to beat me.

“Every track will be new to me this year and I have plenty to learn, but my goal will be to improve over the course of the season and hopefully reach the podium. I can’t wait to get going!”

Bäckman joins reigning RX Lites Champion Cyril Raymond, Swedish young gun William Nilsson, American ace Tanner Whitten and her brother Andreas in having confirmed her place on the 2017 RX2 grid. Further driver announcements will be made over the coming days and weeks.

The 2017 RX2 International Series presented by Cooper Tires will take in seven rounds across three continents in support of the FIA World Rallycross Championship presented by Monster Energy, visiting Mettet in Belgium, Lydden Hill in Great Britain, Hell in Norway, Höljes in Sweden, Trois-Rivières in Canada, Lohéac in France and Cape Town in South Africa.