Ahead of its final weekend of 2022, Porsche Motorsport GB has revealed plans for a series of exciting evolutions to Porsche Sprint Challenge GB for 2023. At a special evening hosted near to Donington Park, over 100 drivers, teams, sponsors and prospects were provided with details of the 2023 season – including news that the championship will appear exclusively alongside the British Touring Car Championship on the TOCA package, the highest profile race weekend in the UK.

Porsche Motorsport GB's second single marque GT racing championship in the UK enters its fourth season in 2023 and retains use of the Porsche 718 Cayman GT4 Clubsport – closely based on the 718 Cayman GT4 road car and developed purely for motorsport. The championship offers drivers in two competitive categories – Pro and Am – the opportunity to compete as part of the Porsche Motorsport Pyramid.

Starting in 2023 as part of a three-year agreement, Porsche Sprint Challenge GB will enjoy a larger presence than ever before based exclusively on the TOCA calendar. On six weekends the championship will race in support of the British Touring Car Championship, four of those also alongside Porsche Carrera Cup GB. The free-to-air television coverage provided by the ITV network will broadcast the championship to a bigger audience than ever before, boasting a cumulative number of over 1.5 million viewers each weekend.

The 2023 championship gets under way at Donington Park in April and concludes at Brands Hatch in October with a full season of racing taking place across 18 rounds – up from 15 in 2022. Growing the format first introduced in 2022, each weekend will host three races. The season sees the championship return to Snetterton for the first time since 2020 as well as make its debut on the Donington Park National and Silverstone National circuits.

James MacNaughton, Manager, Motorsport: "Porsche Sprint Challenge GB enters its fourth and biggest season yet in 2023. As it has since its inception in 2020, the championship will continue to represent an important level of the Porsche Motorsport Pyramid with the 718 Cayman GT4 Clubsport. However, we are excited we’re taking it one step further by growing its presence on the UK motorsport scene year on year.

"TOCA weekends have always formed an essential part of the Sprint Challenge GB calendar and, from 2023, Porsche Cars Great Britain is delighted that the championship will amplify its profile by appearing exclusively on the TOCA package. As part of a larger presence at every TOCA meeting for Porsche, four weekends will see the championship operate alongside Carrera Cup GB, underlining the development available to both competitors and teams.

"Porsche Carrera Cup GB's traditional position as part of the TOCA package – running in support of the British Touring Car Championship – has taught us that the combination of live terrestrial television coverage and a paddock packed with motorsport enthusiasts provides drivers and teams with an unrivalled platform. For Porsche, the opportunity to expand Sprint Challenge GB's relationship with TOCA was unmissable."

Alan Gow, BTCC Chief Executive: "I'm delighted that the opportunity arose for Porsche GB and TOCA to further strengthen our already close and long-standing relationship. I've no doubt that Sprint Challenge GB will prove to be a great addition to our support races, through expanding its presence from the current two to six rounds in 2023 and beyond. It also further underlines the huge commitment that Porsche, one of the world's most genuinely iconic brands, has to British motorsport".

For the first time, Porsche Sprint Challenge GB weekends will include Porsche supported testing prior to each race weekend. In addition, four exclusive Porsche supported test days, two pre-season and two in-season, will provide drivers with more track time inclusive of their entry fee than ever before. Drivers will be permitted to use eight new Michelin slick racing tyres per weekend – up from six in 2022.

For any drivers interested in competing in the championship there will be an opportunity to test the 718 Cayman GT4 Clubsport and to learn more about the championship at the annual Taster Day held at Silverstone on 3 November.

Driver safety is always a priority for Porsche and, as part of this, the in-car flag signalling system adopted by Porsche Sprint Challenge GB in 2022 continues for 2023. This electronic system is integrated into the vehicle's dashboard display, alerting drivers to safety flags and the deployment of the Safety Car, providing a direct visual link between Race Control and the driver.

The championship for both amateur and professional drivers alike uses the 425 hp Porsche 718 Cayman GT4 Clubsport which offers drivers switchable ABS, traction control and stability control. The Clubsport is optimised for racing though it bears close similarities with its road-going counterpart via a high percentage of carry-over parts. The GT4 Clubsport's ‘zero hours’ engine and gearbox rebuild schedule ensures lower running costs for competitors.

The Porsche 718 Cayman GT4 Clubsport is priced at £131,100.00 + VAT – unchanged from 2022. Orders can be placed from 1 November via Porsche Motorsport GB alongside a full season championship entry. Two subsidised spares kits are available to purchase with a new car priced at £6,000 and £10,500.

Underlining the strength of the Porsche Motorsport Pyramid, Porsche Sprint Challenge GB has provided a springboard for drivers in both categories – Am and Pro – to further their careers. 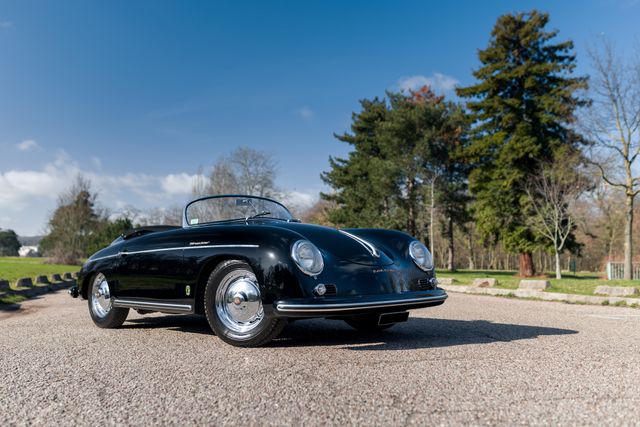