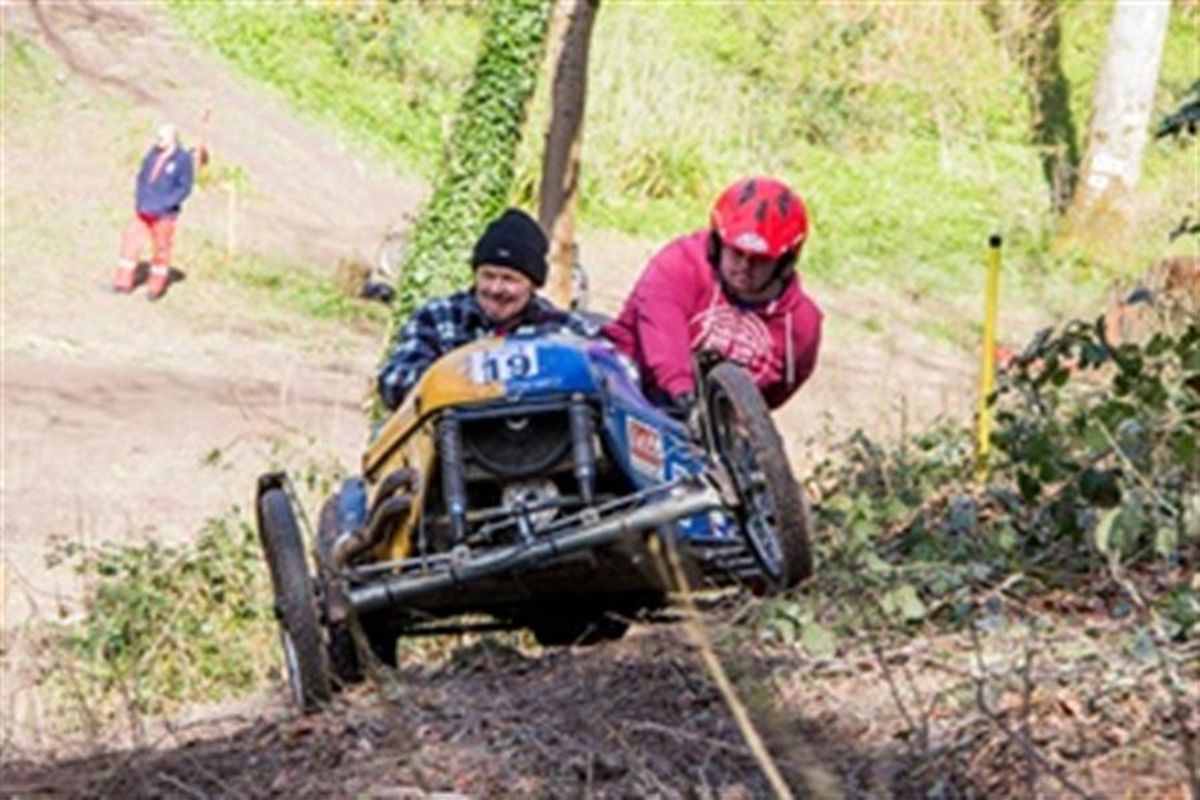 2016 Champion Alastair Moffatt was Clerk of the Course for the Foxley Autotest, leaving the way clear for other competitors to fight for the honours.

First to take the lead were Malcolm Livingston (Lindsay Special) and Chris Chapman (RAW Striker), who were just 0.4 seconds ahead of Dave Evans (Blitz Special) after three tests.

The lunchtime scoreboard showed Chapman in the lead from Evans despite both gathering a penalty on the third round.
Chapman held on to win by 3.8 seconds from Richard Pinkney, in turn just 0.5 seconds ahead of Evans in third place. Malcolm Livingston and John Moffatt (Westfield) completed the top five.

Current champion Martin Gould got his title defence off to the best possible start with a win at round one of the championship.

Gould took the lead on the opening run in his Buxton 4x4 Rivet and he remained in first place for the duration of the event.

“It’s been a great weekend,” said Gould. “There were a lot of unknowns with all the new cars and drivers in the championship this year so it was good to be on the pace."

Justin Birchall was second in his Lofthouse Freelander after a day two charge enabled him to overhaul Adrian Marfell who finished third in his first BCCC event.

The venue offered challenging steep short slopes for the twenty-two crews. At lunch Sharp tied with Stuart Beare in his old live axle Sherpa, with George Watson two points back.

Watson dropped back to seventh with a costly eleven on the last round, while Beare struggled on one hill twice to hand Sharp the win. Sharp becomes the fifth different winner in the first six rounds of the Reis BTRDA / MSA Championship. Beare ended up second overall and best red class live axle driver.

In race one it was a five-kart scrap at the front led by Dan Clark until half distance. Layton broke the lap record and Platt looked set for the win until he overshot a chicane and had to settle for the runner-up slot by 0.293s.

The second race was spoilt when O’Reilly and Bird spun out on the opening lap which delayed Clark. That left Bennett, Platt, Layton and Allen to contest the lead. Platt hit the front and made a crucial move on a backmarker on the final lap which gave him the breathing space to take the win by 0.267s.

Dave Bennett and Alistair McNeil returned to the championship after a year’s absence and finished a magnificent 12th overall, the highest placed two-wheel drive car and scoring maximum points in Class E3.

In the hotly contested E6 class it was Patrick Naylor and Ian Lawrence who emerged just five seconds ahead of Russ Thompson and Richard Hill all in identical Mitsubishi Evo Nine’s. One of the drives of the day was 18-year-old Ed Fossey with Chris Sharpe-Simkiss (Toyota Yaris) who won Class E2 by a margin of almost two minutes.

Abbi Pulling dominated both finals in the second round of the championship at Rissington, winning by five and six seconds respectively. She overtook Archie Strong on lap five of Final 1 and was never headed.

Pulling now leads the championship with a five-point lead.

Matthew Allnutt beat Adam Sparrow in Final 2, Allnutt passing Final 1 winner Sparrow on the fifth lap.Sam Fowler was the man on the move from eighth on the grid, running second for a time and posting the fastest lap.