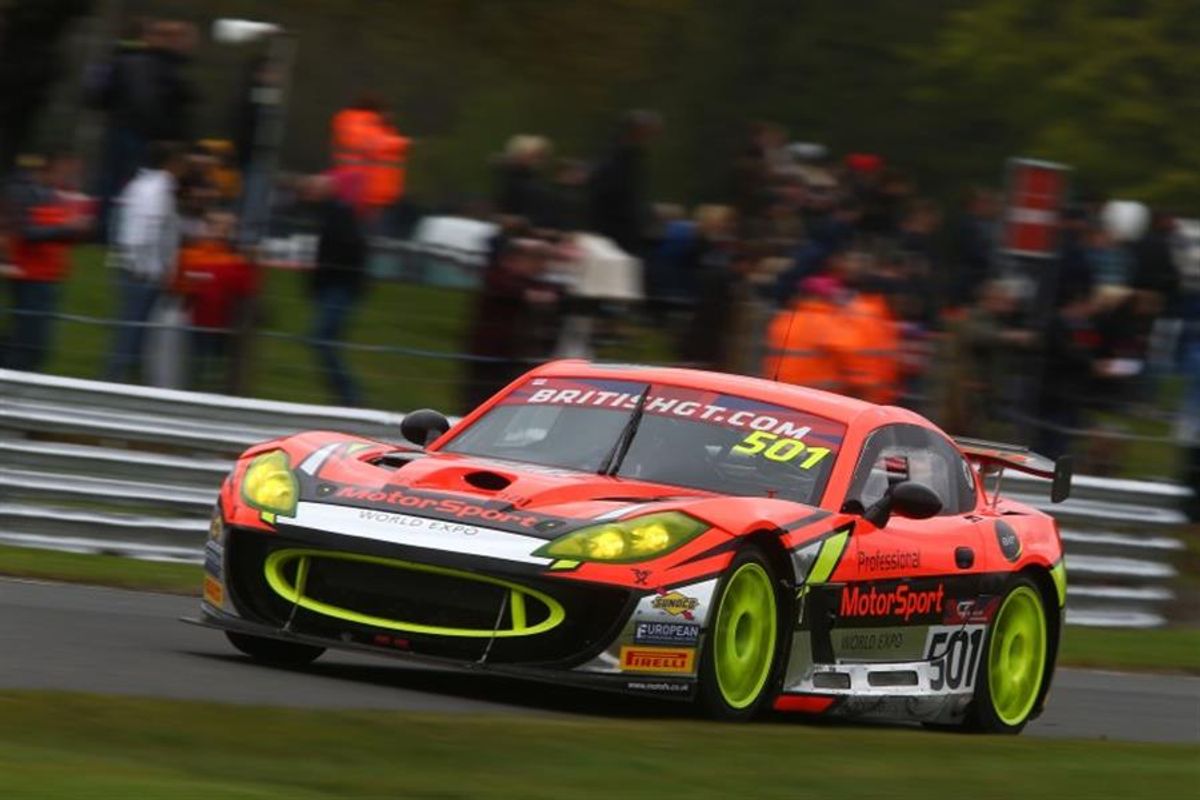 Optimum Motorsport scored two podium finishes at the opening round of the British GT championship at Oulton Park (17 April 2017) in the hands of Graham Johnson and Mike Robinson.

“We’re really happy with this result,” said Team Principal Shaun Goff. “We were a bit lost in qualifying but the wet and then drying conditions today were perfect for us. Both put in great performances and it was especially gratifying to see the progress Graham made through the weekend.”

Qualifying proved to be problematic as the drivers battled understeer and struggled with set up and ultimately the #501 Ginetta GT55 would line up fifth on the grid for race one.

The opening race was held in tricky, wet conditions, leading to incident-filled drama; a result of which several drivers were penalised. Thanks to the drivers keeping out of trouble, assisted with a breakthrough in the set-up, the team finished in third position.

Race two was a more conventional affair as the track dried out. Starting from seventh, the key change in set-up continued to reap rewards as the drivers fought their way through the field to a second podium finish of the day in third, with the race ending under Safety Car conditions.

“That was a tricky weekend for us, me especially,” said Johnson. “The car was transformed today meaning I could really drive it, push it and the times came. In qualifying we were slower than last year, so there’s something not right there. We had expected a tougher race day, so we’re thankful to the conditions and the progress we made with the G55 from the team. Podiums are what we want and we got them this weekend!”

Optimum Motorsport now start preparations for round two of the championship that takes place in two weeks’ time at Rockingham.