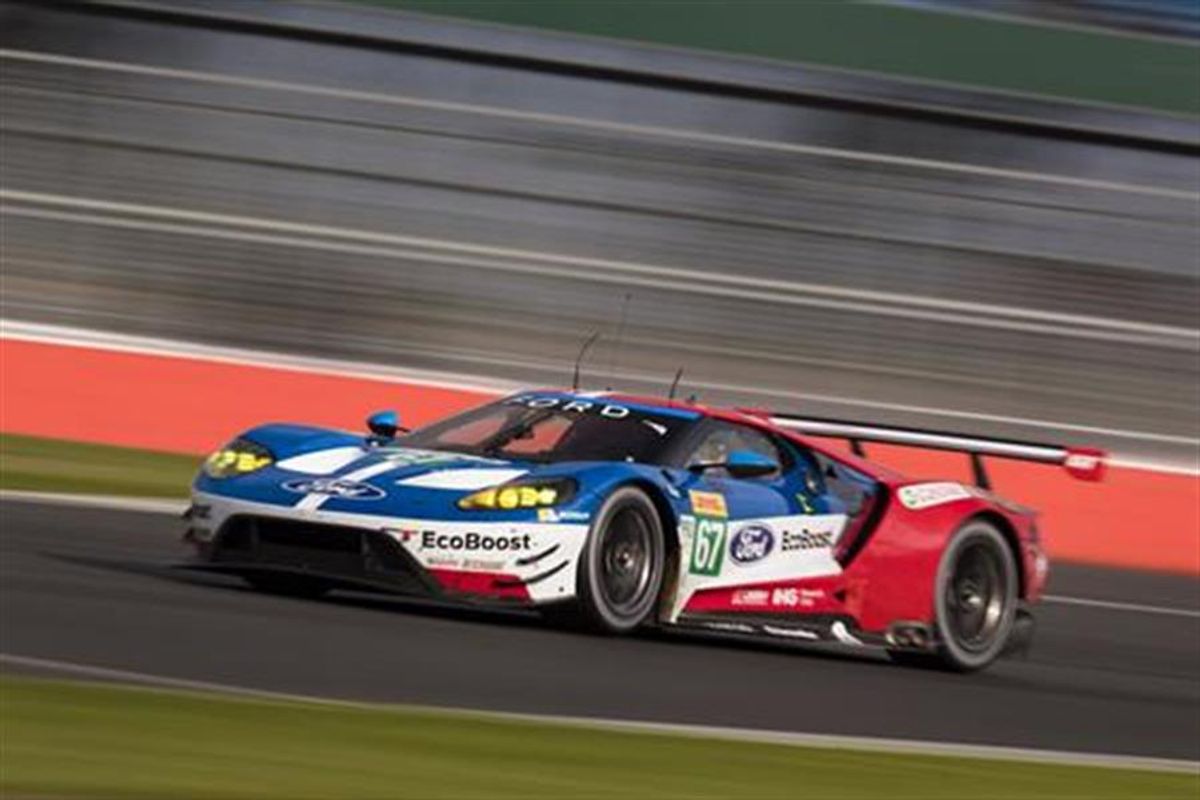 #67 Ford GT of Andy Priaulx (GB), Harry Tincknell (GB) and Pipo Derani (BRA) converted pole position to victory in tough first race of the season
Despite leading for a large part of the race the #66 Ford GT of Stefan Mücke (GER), Olivier Pla (FRA) and Billy Johnson (US) had to settle for fourth place.

The Ford Chip Ganassi Racing team has dealt the first blow in the battle for the 2017 FIA World Endurance Championship by taking victory at Silverstone. Briton Harry Tincknell was first past the chequered flag in the #67 Ford GT at the season opener, sealing the first win of the year. The sister #66 Ford GT was in contention for the win until a safety car period in the second half of the race switched the order. They fought back hard but the trio of Mücke, Pla and Johnson had to settle for fourth place at the flag.

“That was a fabulous way to start the season,” said WEC Team Principal, George Howard-Chappell. “To come out fighting like this, to take pole position and win the race with the #67 car is just amazing and much more than we expected. It was a shame for the #66. They were in with a shout before they got messed about a bit with the safety car. I’m not going to complain though as it has been a great kick off to our season. I’m really happy with the work we’ve done over the winter on fine-tuning the car and with the great support we’ve had from Michelin with the tyres.”

Andy Priaulx started the #67 Ford GT from pole position after a stylish performance in Saturday’s qualifying session. He held the lead at the start despite a strong challenge from a hard-charging Stefan Mücke.

The Ford GTs ran first and second during the opening laps before the #67 GT had to pit early with a technical issue. This put their strategy out of sync with the rest of the class so while the #66 Ford was in the lead the #67 was way down the field. A safety car later in the race completely turned this on its head and the #66 GT lost its 30-second lead and fell down the order.

“After the first stint we were looking down and out but we never gave up,” said Priaulx, alluding to a technical problem the #67 crew experienced in the opening part of the race. “In my second stint I kept my head down and pushed to the maximum. For sure the safety car helped us but you make your own luck in racing. Coming out when it did it reset our race.

It’s so good to be able to covert pole position to a win. We leave here leading the championship and we plan on keeping it that way.”

Pipo Derani, who was racing for the first time in GTE Pro today, drove the middle stint in the #67 Ford GT.

“It wasn't an easy race for me,” said Derani. “Everything is new so I had to learn a lot of things, including the tyre management, which on the GT is a little bit different than on a P2 car. It was a really good race and we didn’t expect to be here, especially after the beginning with the problem we had but the guys did a fantastic job, the team was phenomenal and we will enjoy our win.”

With two and half hours of the race remaining there was a Full Course Yellow when an LMP1 car had an accident so the team grabbed the opportunity to pit the #67 car and switch from Derani to Harry Tincknell.

“I was sitting in the office in truck having a chat with Andy when I heard “Harry, helmet on!” so I didn’t have much time to prepare!” said Tincknell. “I really enjoyed having such a long run and it was one of those times when it goes very quiet in the car and you really get into the zone. I was just nailing the laps one after the other and focusing on the chequered flag. To get the win at home, in front of family, friends and Ford employees is fantastic. I gave it absolutely everything I had today and I hope this sets us on the path to a championship win.”

TOUGH START FOR THE #66 FORD GT BUT THEY WILL BE BACK!

“The start of the race was actually really good for us,” explained Mücke. “We managed to go from fourth to first before Andy got through for the lead again and then ten laps later we were back into the lead. We had some vibrations in the car, which we will investigate. This affected our balance quite a bit but we still managed to stay in the lead even with that problem. Our pit stops were good and when I handed the car over to Billy (Johnson) after a double stint we were in a good position.

Johnson and then Pla after him drove strong double stints but the switch around under the safety car put paid to a podium finish for the #66 Ford GT today.

“It's a real shame,” said Mücke. “Of course it is great for the whole team to win at the start of the season but for us it’s hard to lead for so long then only finish fourth because of the safety car. It was out of our hands today and we will come back even stronger.”