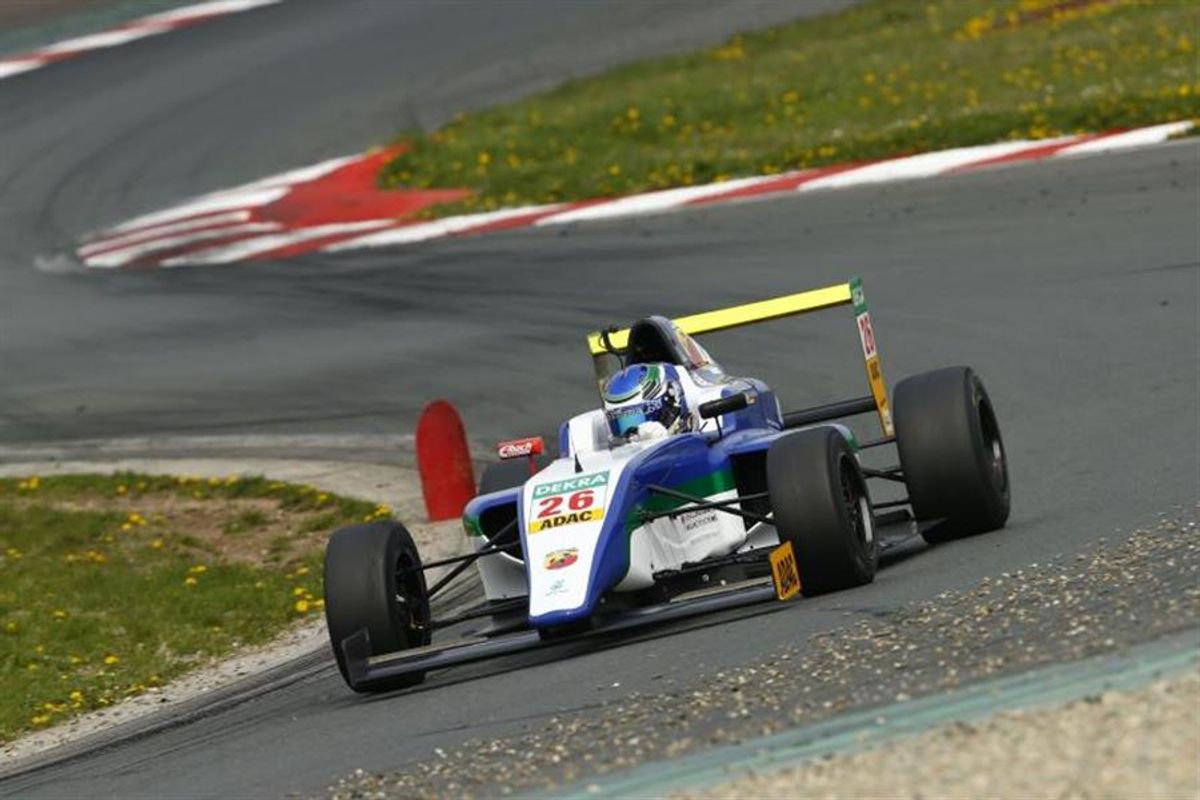 Team Principal Harald Heinrich and son: "We intend to go it alone"
Huge ambitions: "Perhaps a podium finish at some point"
Laurin Heinrich and Sebastian Vettel: "I can see parallels between the two of us"

That it's possible to go motor racing without the backing of a big team is shown by the example of the Heinrich family from Bavaria. Laurin Heinrich (15) is joining the line-up for the third season of the ADAC Formula 4 as a 'lone-wolf' and is supported in his efforts by his father Harald and two mechanics.

They may not have much in the way of manpower but have big ambitions, nevertheless: "It would be great if Laurin could achieve a podium," says his dad, Harald, with a chuckle: "And it would be even better if I could be there, standing next to him." They are a real father-and-son team in the ADAC's 'high-speed school'. While others may perhaps only dream, the Heinrichs are doing something about it this year, imbued with a sense of fun and passion - but not without a good dose of ambition.

Of course, despite all the excitement, the Heinrichs know that the field is closely fought in the ADAC Formula 4 and that nobody on the race track will be out to do them any favours. Heinrich Senior: "We're not under any great pressure. We aim to have fun, in which case, we can only be successful in all that we do. Things can only get better when you don't have any great expectations."

This is precisely what the father-son duo find so attractive. Former kart driver Laurin is working hard, so as to be able to pull one or two surprises out of the bag. "The ADAC Formula 4 is physically a very different challenge, and unlike in karting, different parts of the body are greatly stressed," says the 15-year-old: "In karting, races last only 20 minutes, but it's different in the ADAC Formula 4, so you really need to go to the gym and be well prepared."

Laurin Heinrich, who is working towards sitting his Abitur school-leaving exams in 2019, has a famous role model. He is particularly impressed by Sebastian Vettel, four-time Formula 1 World Champion and patron of the ADAC Formula 4: "Primarily because he very rarely retires from a race and never loses points unnecessarily, because he drives with his head, which is also the mark of a good driver in my opinion. I can see parallels between the two of us in that respect."

The Heinrichs are not afraid of the big teams and their somewhat more experienced drivers and all those involved agree that: "Where certain things are concerned, the others definitely have an advantage, but we have confidence in our technical ability, and I also have to say, I believe that my son Laurin will do a good job," says Harald Heinrich, who is, however, in no position to give his junior any tips on the track: "We've always gone karting together, but when, as a 47-year-old, your 15-year-old son overtakes you every three laps, you can't really talk about your experience, then comes the realisation."

Pleased with good start during testing at Oschersleben

Laurin Heinrich made a good impression during official testing at Oschersleben in mid-April and was usually only a second or so behind the front-runners. "It was obvious to us that we wouldn't finish any further up the field without the benefit of testing that everybody else has had over the last few weeks," said Harald Heinrich with some satisfaction at his son's first showing in the ADAC Formula 4: "What's more, it was our first time out with the car this year, so Laurin did an excellent job by still managing to finish in front of some of the others."