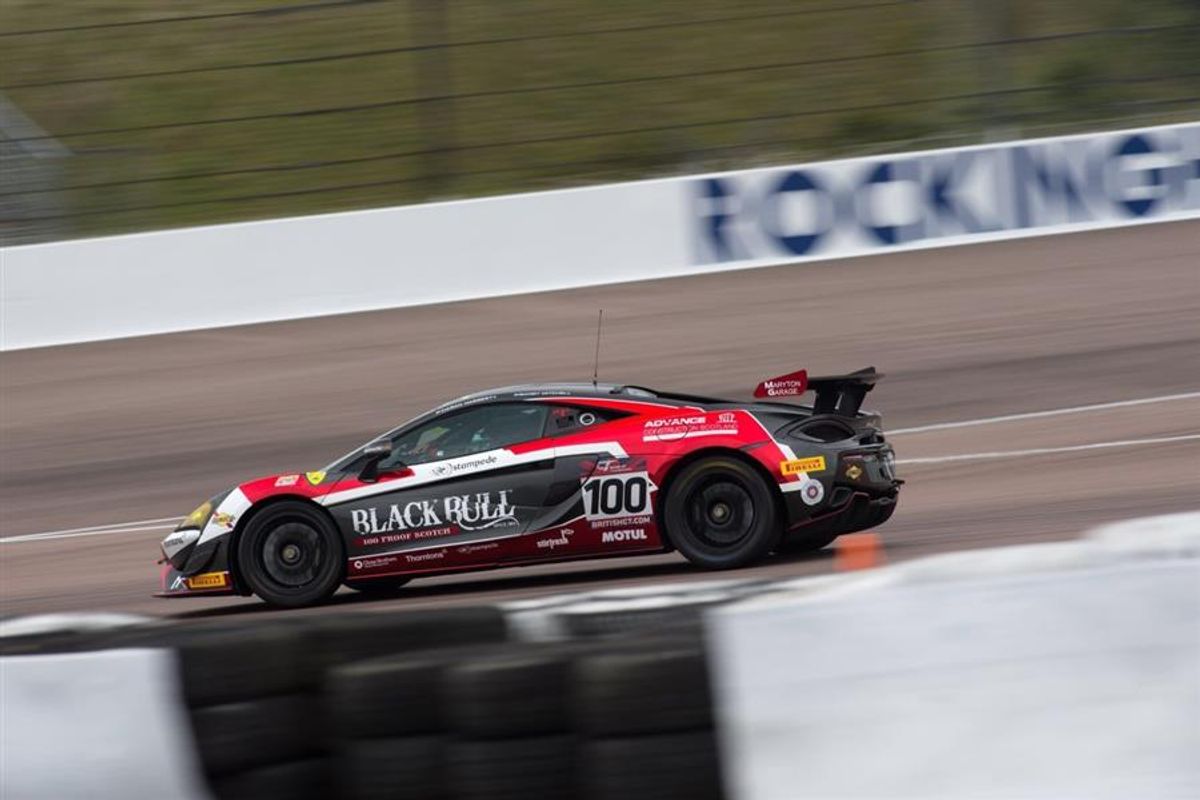 Scots teenager Sandy Mitchell, partnered by team-mate Ciaran Haggerty, scored his first podium of the year when the duo finished second in the latest round of the British GT4 Championship.

Starting from fourth on the grid for the two-hour race at Rockingham in Northamptonshire, 20-year-old Haggerty, from Johnstone, soon eased his Black Bull Garage 59 McLaren 570S GT4 into the lead.
But as his stint continued, he was forced to resist intense pressure from the chasing #55 Ginetta driven by Will Tregurtha.

After the pitstops and driver change, Mitchell, the 17-year-old from Forfar, emerged in the lead in his McLaren but was eventually passed by the #55 Ginetta, driven by Northumberland’s Stuart Middleton for the second half of the race.

“We’re really pleased to get our first podium of the year,” Mitchell, who along with fellow McLaren GT Academy member Haggerty won two races and bagged three pole positions last season, said.
“After the difficulties of the opening race weekend, it was important we came back and delivered the result we know we’re capable of. This result will give us and the Black Bull Garage 59 team a real boost for the coming rounds.

“Ciaran did a fantastic job through the opening stint. His start was amazing, and he did brilliantly to fend off the Ginetta which performed well on the Rockingham circuit.
“Of course we would have liked the win, but over the season there are circuits which suit some cars better than others,” Mitchell, who also received the Sunoco Award for posting the fastest lap in a GT4 car.